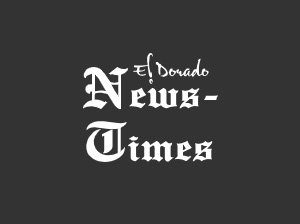 BEARDEN – Parkers Chapel’s senior girls jumped on Bearden early and cruised to a 56-32 league win Friday. The Lady Trojans improved to 8-3 overall and 6-2 in conference action.

Parkers Chapel led 20-10 after one quarter and 32-15 at the half. The Lady Trojans outscored the Lady Bears 11-2 in the third to take a 43-17 advantage into the final period.

“I thought we came out and played with a lot of energy. I thought we came out and played really hard from the tip,” said Parkers Chapel coach Justin Welch. “In the scoreboard it showed that we hit a lot of 3-pointers, which, we shot the ball really well outside. But what we really did, we started on the inside and worked our way out. We were really focused on trying to get the ball into the paint. When we weren’t able to get shots there, we kicked it out and had good shots from the outside.”

The Lady Trojans converted on 2-of-6 free throw attempts while Bearden shot 5-of-17 from the line.

Parkers Chapel is scheduled to travel to Gurdon on Tuesday and is at Foreman on Thursday.