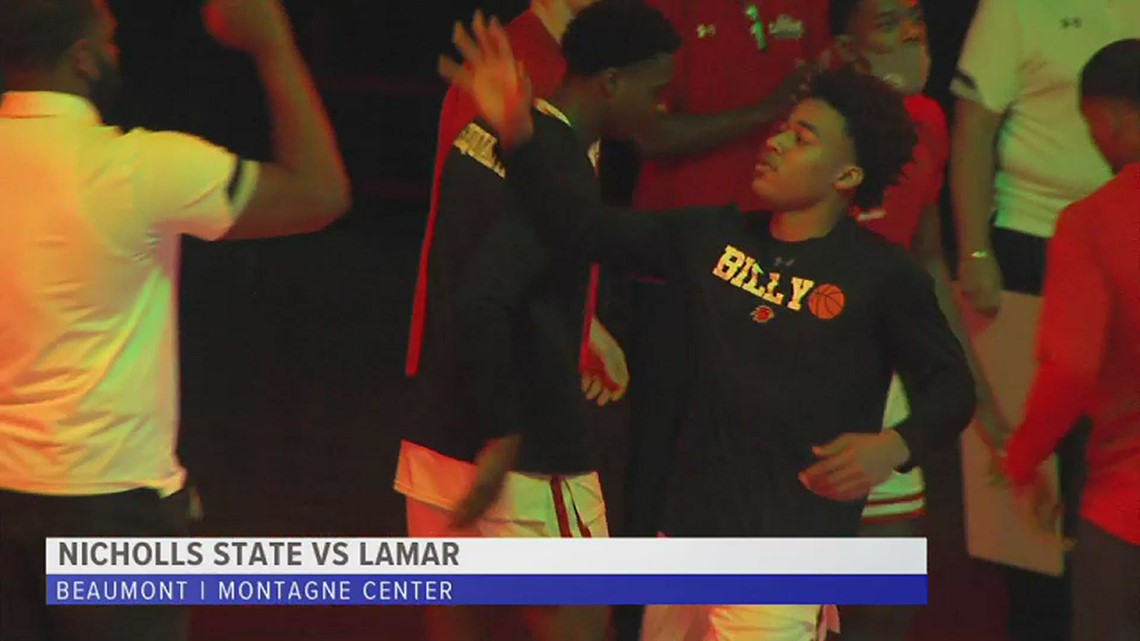 Big Red (4-14/2-7 Southland) got out to a strong start against the Colonels but finished the night 22-of-60 (.367) from the field, and just 4-of-16 (.250) from three-point range. The Cardinals forced their guests into 11 turnovers but managed just seven points off those miscues, while Nicholls scored more points (14) from only 10 LU turnovers.

Nicholls outrebounded the Cardinals, 42-40, but LU had the advantage in offensive rebounds, 14-13. The Cardinals were once again led on the boards by sophomore David Muoka (13 rebounds).

Junior Davion Buster was the only other Cardinal in double figures, finishing the night with 14 points.

The Colonels were 30-of-65 (.462), including seven three-point field goals. Nicholls had five players in double figures led by 18 points from Kevin Johnson.

“The game plan was to front the post with help side defense coming on the back side,” said LU head coach Tic Price. “We did it sometimes, but not enough. We really tried to deny the ball getting into the post, but we didn’t do a good enough job of pressuring the passer. We felt like if we could shut down their inside game it gave us a good chance, but we didn’t get the job done.”

The Cardinals jumped out to a seven-point lead, 18-11, midway through the opening half, but Nicholls managed to pull even at 20 with less than eight minutes remaining in the first. With the game tied at 24, Nicholls when on a 13-6 run to close out the half to take a seven-point lead into the locker room.

The lead grew to as many as 14 before the Red and White began to chip away. LU had the deficit trimmed to eight when Nicholls put Harrison on the line to shoot two. The Beaumont native got both charity shots trimming the lead down to just two possessions.

The deficit was still six with just over a minute to play when Buster got a steal following two more Harrison free throws. The Cardinals got four looks at the basket but came up empty as Nicholls got the ball back and was fouled with 40 seconds remaining.

Nicholls got their lead back to eight at the free throw line before Buster closed out the game with three free throws for the final score.

The Cardinals return to action Saturday when they travel to Houston, Texas to take on Houston Baptist. The game against the Huskies will tip off at 5 p.m. from Sharp Gym.