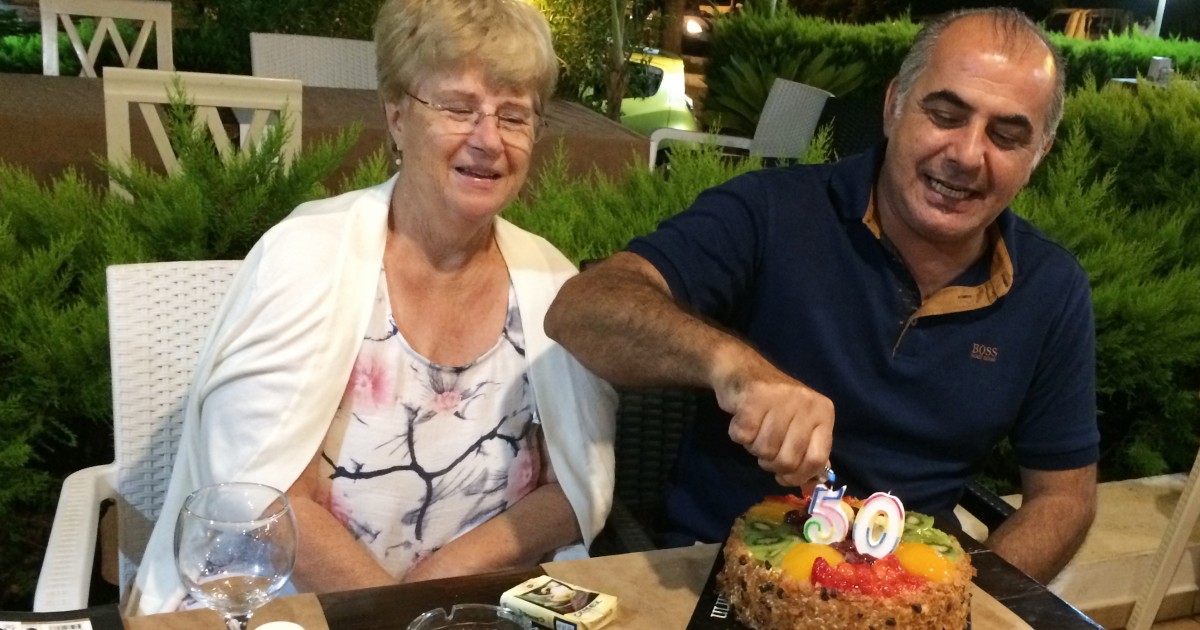 After fleeing civil war in Syria, Haitham Dalati and his wife made it to the United States in early 2017 during a brief window when the first version of President Trump’s travel ban had been put on hold by the courts.

They hoped their daughter and her family would soon follow. Instead, the rest of the family got caught up in Trump’s immigration crackdown and ended up stuck in Lebanon for more than three years.

It wasn’t until last November that the couple’s daughter, son-in-law and four grandchildren were allowed in as refugees, crying and hugging during a tearful reunion at the airport gate in Pennsylvania.

Now tens of thousands of families are hoping for similar reunions.

President-elect Joe Biden is expected to sign a flurry of executive orders when he takes office Wednesday, including an order rolling back the travel ban on people from Muslim-majority countries.

Legal battles over the travel ban raged for months until the Supreme Court ultimately upheld a slimmed-down version in 2018. At the same time, the Trump administration slashed the refugee admission cap. The policies left Haitham Dalati’s family and thousands of others in limbo.

“This is so horrible for us. So I don’t know now whether America is good or bad,” Dalati told NPR in an interview in 2018.

When he spoke again with NPR this month, Dalati said he sees America through new eyes. “Much better than before, when my daughter is with me, with her children and husband,” he said. “Really, it’s another America.”

Legal experts say it should be relatively easy for Biden to end the travel ban on Day 1 of his administration, as he has promised. The policy was created by executive order, and it can be reversed in much the same way.

But immigrant advocates say the hard work is still ahead.

“It’s not just what they can do with the stroke of the pen,” says Avideh Moussavian, the legislative director for the National Immigration Law Center, one of many nonprofit organizations that have fought what they deride as the “Muslim ban.”

Moussavian says the Biden administration needs to assure immigrants that they will be treated fairly and give another chance to immigrants who have been rejected for visas and green cards under the travel ban.

“What we really think is crucial … is to provide meaningful relief to people who have been directly impacted,” Moussavian says.

People like Pamela Raghebi, who has been separated from her husband for more than two years.

“I miss him and those arms holding me tight, making me laugh,” Raghebi tells NPR in an interview.

Her husband, Afshin Raghebi, was born in Iran and lived in the U.S. illegally for years. They met in Seattle, where she lives as a U.S. citizen. After they got married, he applied for a green card.

Under the rules, he had to fly to Abu Dhabi, United Arab Emirates, for an interview at the U.S. Consulate. They knew that was risky because of the travel ban. But Pamela Raghebi says they were trying to do the right thing.

“We were devastated,” Raghebi says. “It’s an insult. … But we will keep trying.”

Immigration hard-liners say it would be a mistake to end the travel ban completely. They argue that the ban puts pressure on foreign governments affected by the travel ban — those in countries like Iran, Syria and Libya — to improve their own security vetting for travelers to the United States.

“The burden should be on these countries to show their systems are adequate,” says Jessica Vaughan at the Center for Immigration Studies, which advocates for lower levels of immigration. “And their situations haven’t changed all that much.”

But even some national security experts say banning all travelers from a country wasn’t the answer. Instead, they say it fueled a narrative that the U.S. discriminates against Muslims.

“These bans damaged our nation’s reputation,” says Elizabeth Neumann, a top counterterrorism official in the Trump administration until she resigned last year. She wrote an analysis of the travel and refugee bans for the National Immigration Forum.

“They were an unnecessary distraction from the actual security enhancements that were needed,” Neumann says.

“There’s a polarization when it comes to people’s views of Muslims,” says Dalia Mogahed, research director at the Institute for Social Policy and Understanding, an organization that’s focused on American Muslims.

During the Trump administration, Mogahed says, Democrats have become less likely to hold negative views of Muslims, while Republicans have moved in the opposite direction. More than 75% of Republicans now associate Islam with violence, Mogahed says.

Mogahed says she used to hear frequently that Islamophobia isn’t real or that it’s not a big problem — even from self-described liberals. She says that rarely happens anymore.

“Islamophobia is not new. And it didn’t start with Trump,” Mogahed said in an interview. “But what these kinds of policies have done is, it’s ended the denial.”