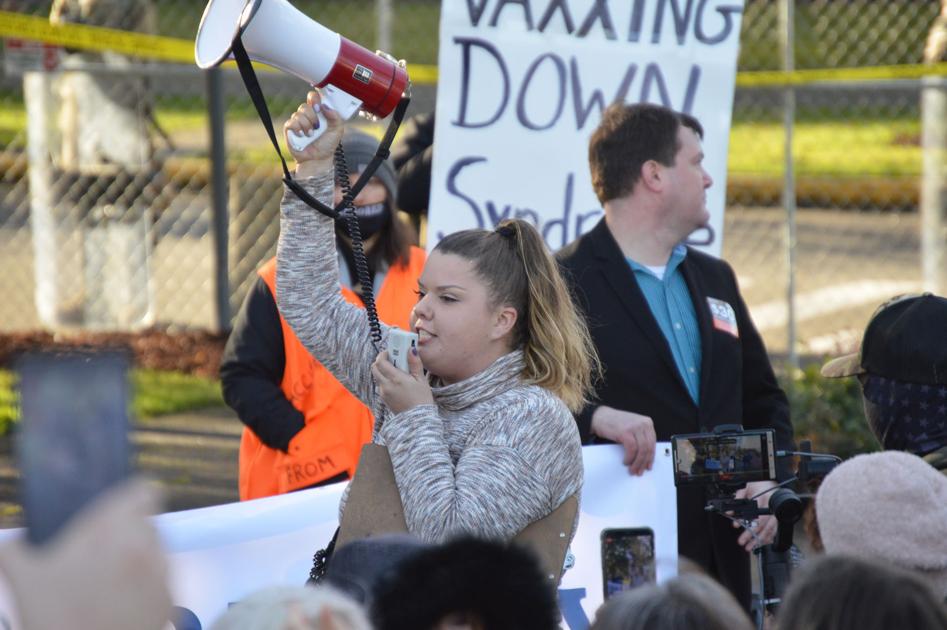 A melting pot of frustrations materialized at out state’s capitol over the weekend as Washington state lawmakers begin the 2021 legislative session this week.

A rally organized by the We of Liberty-Olympia Freedom Party gathered in front of the Capitol building Sunday, bringing citizens from across the state, including residents of Kittitas County. County resident Jessica Karraker helped organize the event, featuring speakers including Tim Eyman, State Representative Jim Walsh, and State Senator Phil Fortunato. The group gathered to rally for a variety of topics, focusing on support for a bill limiting powers of Gov. Inslee and issues regarding the COVID vaccine.

Karraker estimated the event drew approximately 200 people, including a handful of Kittitas County citizens who traveled across the pass for the rally. She said the gathering was inspired by comments State Rep. Tom Dent made during a recent virtual town hall event hosted by the Kittitas County Peoples Coalition, where he said said legislators need to see a groundswell of support in Olympia leading up to the opening of the legislative session.

“He said it needed to be a positive approach,” Karraker said. “You see all these other protests and concerns of people trying to breach the fence, cause destruction and injure people.”

Sunday’s rally was entirely peaceful, although there was visible frustration at the sizable National Guard presence adjacent to the plaza where the event was held. Karraker said the group was named with the Sons of Liberty in mind, evoking images of the Boston Tea Party.

“A lot of folks don’t know that there was no one injured during the Boston Tea Party,” she said. “There was nothing looted, and nothing destroyed other than the padlock and the tea, and the Sons of Liberty stayed afterward and swept the decks clean. With that context in mind, we decided to go with We of Liberty, because we always wanted a peaceful approach with no outside influence taking control of what our main mission was.”

The mission Karraker spoke of was to support the Legislature to balance the powers of Gov. Inslee amidst emergency declarations, redistributing the powers across the state as opposed to being concentrated in Olympia. The second part of the group’s platform focuses on bills being introduced in the Legislature that bans discrimination towards citizens who choose not to be inoculated with the COVID vaccine.

Karraker said they initially expected twice as many speakers at the event and anticipated approximately 700 people to attend, but she said she is convinced media coverage of the National Guard presence and other enhanced security measures enacted in Olympia caused many to change their minds about attending.

“I have no problems with the extra (security) patrols,” Karraker said. “It’s the fencing that kind of gets me. What bothers me about the propaganda and the fencing and extreme measures is that we are not a nation based on being guilty until proven innocent. The fact that people are living their day to day lives and making a decision to not show up when our liberty is at stake because of the poor decision making of a few, a minority that’s making bad decisions, it’s not how we live as Americans.”

Despite the lower attendance, Karraker said the rally proved that frustrated individuals can peacefully assemble to advocate for their issues without negative consequences, and she said the passion and energy exuded for those who did choose to attend.

“I loved that people showed up in their Sunday best,” she said. “You could feel the energy of people who were excited to be there. I hate Zoom meetings and town halls with a passion because I can’t get excited and feel the enthusiasm through a screen. But when I’m there with a couple hundred people and I can feel that energy and I can feel their passion knowing they are there with their hearts and minds, you cannot replace that feeling. You can’t make that feeling digital, and you cannot have that effect or that wavelength digitally.”