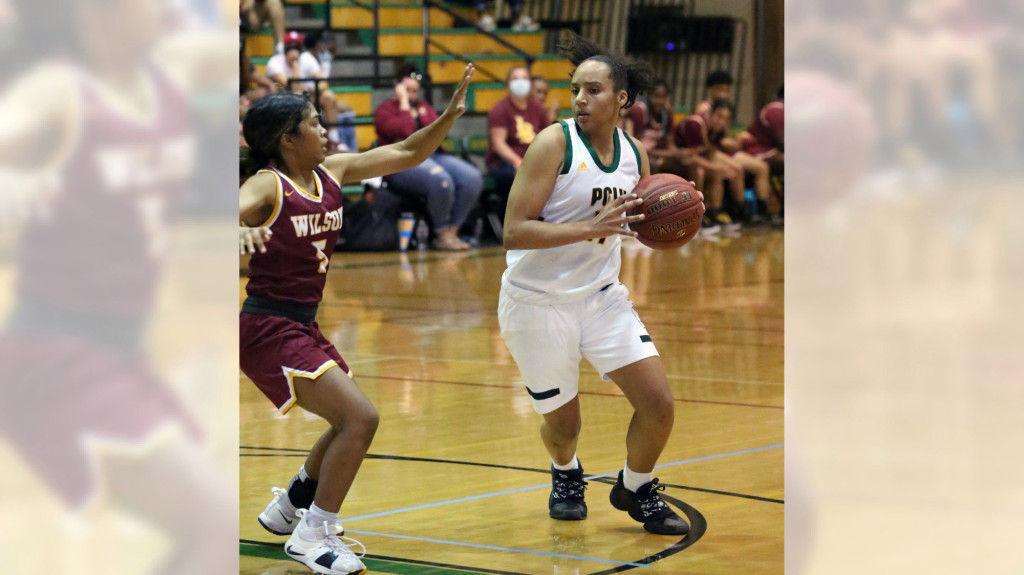 They are among 15 area teams that will be competing in the postseason.

Except for the Open Division and Division 5AA, all first-round games involving local teams are Thursday.

The Jackrabbits, champions of the Moore League, received a first-round bye. On Saturday they will host the winner of Thursday’s first-round game between Peninsula and Brentwood in the second round.

Lynwood (15-1) is in Pool B in the Open Division and will open Saturday at No. 3 Harvard-Westlake.

Long Beach Poly was in the Open Division bracket a season ago. The division takes the top eight teams ranked in Division 1 at the end of the regular season and the Jackrabbits were No. 8 before winning their final two games this past week.

Lynwood, which was No. 9 in Division 1 ahead of the final week of play, upset No. 3 Etiwanda 67-50 on Saturday. That might have been the biggest reason Long Beach Poly ended up out of the Open Division.

Jackrabbits coach coach Carl Buggs did not fret during a Sunday afternoon conversation. He talked about not being able to play some scheduled nonleague games against top teams, one (Windward) of which made the Open Division, after having to go into a brief COVID-19 quarantine following its lopsided May 1 loss to Mater Dei, which in the days following reported it had a positive test within its program.

“We’re not an Open Division team, not this year,” Buggs said. “We missed way too much. The quarantine after the Mater Dei game hurt us because we couldn’t do anything for like eight days.

“St. Anthony, Rosary, Troy, Windward — we had to cancel all those games with them. We didn’t even get a chance to play them, didn’t really get a good feel of what we were. So, no, I didn’t see us as an Open team.”

The Jackrabbits (11-2) played two teams that are in the Open Division — Mater Dei and Orangewood Academy — and lost to both by respective scores of 77-24 and 60-54.

Also in Division 1, St. Anthony will play a first-round game Thursday at Rolling Hills Prep, Long Beach Wilson will be at Esperanza and Millikan will travel to Aliso Niguel.

Wilson is the defending 3A champion and its reward for winning the title was being moved up all the way up to Division 1.

Nine teams received first-round byes in 2A and Mayfair was one of them. The Monsoons on Saturday will host top-seeded Sonora, which also has a bye, in the second round.

Downey will play at Mark Keppel in a 2AA first-round game. In 3A, Valley Christian will be at Bell Gardens, Los Alamitos will travel to Montclair and Whitney will host Ayala.

Cerritos has a 3AA first-round game at Portola and Paramount will be at Chino. Paramount a season ago played for the 4A title and lost to Sherman Oaks Notre Dame.

Norwalk will hit the road to play Shalhevet in 4AA and Centennial will be at top-seeded Garden Grove Santiago.

Avalon will host Yeshiva on Saturday in a 5AA first-round game.