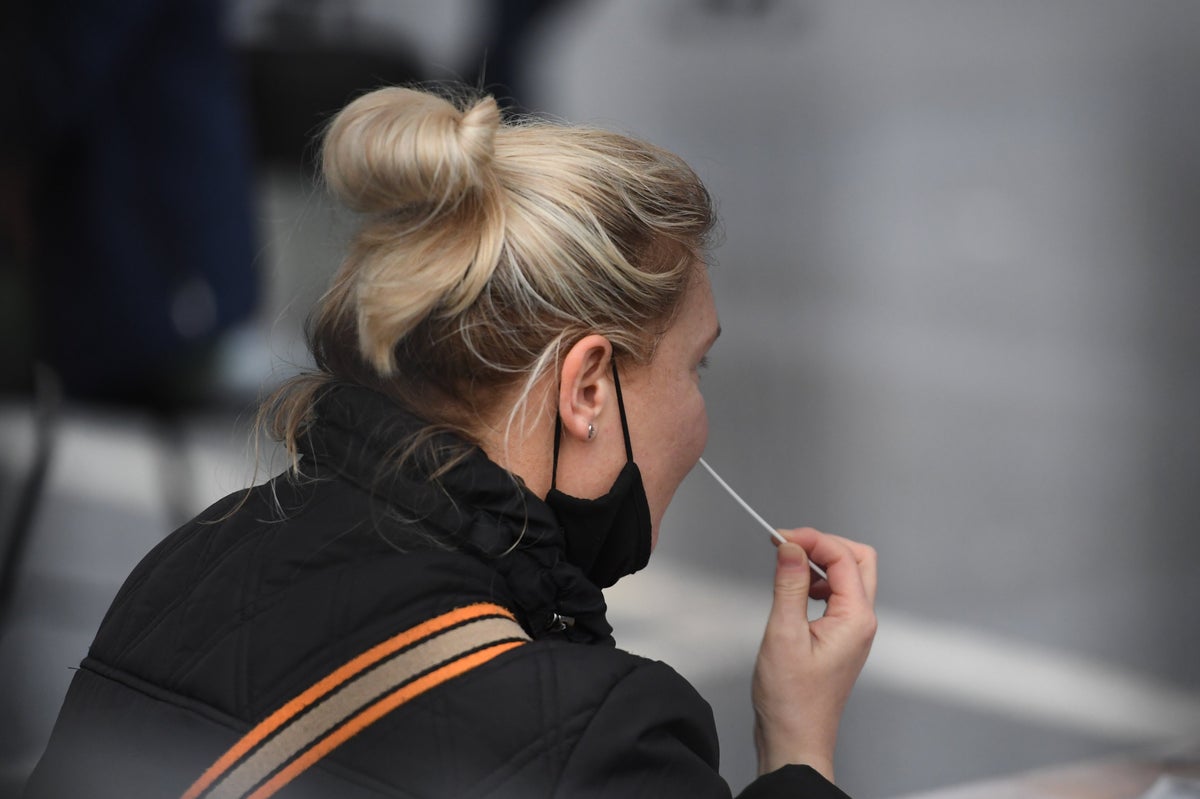 ass testing in three London areas began today as a leading scientist warned that cases of a new mutant Covid-19 strain could be “the tip of the iceberg”.

Although the blitz was sparked by only 11 isolated cases in the communities, Professor Andrew Hayward, a member of the Government’s Sage advisory group, said there were likely to be many times more.

“We can multiply that number by quite a high level,” he told Sky News. “So we would expect that we are seeing, if you like, the tip of the iceberg of community transmission.”

“Do you really need to go for that shopping or have you got enough in?” she asked. “Could you work from home? Could you have that extra conversation with your employer?”

Mobile testing units have been deployed in public spaces, while door-knockers were set to give out home testing kits. Carol Hall, 50, was one of the first to get a test for the South African variant at a centre near her home in West Ealing when it opened at 9am.

Mrs Hall regularly travels into central London for her job as a researcher and scheduler at BBC Parliament. She noticed online that the Sainsbury’s where she shops weekly is on the border of the W13 and W7 postcodes being tested. Mrs Hall said: “If anywhere, that’s where I may have come into contact with the variant.

“I didn’t get the test because I was frightened. It was the right thing to do as I travel into central London. I don’t know how worried we should be about this South African variant or even if it’s any worse than regular coronavirus.”

Mrs Hall said the test “was quite easy”. Staff showed her how insert a swab into her throat and nose. She was then given a card with a barcode to register the test online so as to avoid queues of people filling in forms at the centre.

The massive effort was mobilised by Public Health England after 11 cases of the variant were identified among victims who have no links to people who have gone abroad.

The discovery rang alarm bells, suggesting that the mutation has jumped from being found only in travellers and their contacts to spreading below the radar in communities. A total of 105 cases of the new strain have appeared in the UK, most with clear links to travel. Professor Hayward,  of University College London, said the new variant was identified through genetic sequencing, and about five to 10 per cent of all cases are sequenced.

“You can immediately tell from that that we have a big underestimate of the number of cases within this country,” he said. Professor Sir Mark Walport, a Sage member and former chief scientific adviser, said it was unlikely that mass testing would root out every case of the new mutation. “Sadly it’s very unlikely they will be picked up because there are so many cases and Public Health England can’t sequence all of them.”

He said the “inevitability” of new variants springing up made it essential to drive numbers down now by obeying lockdown.  There was evidence that the Covid-19 vaccines worked “slightly less well” against the South African variant, and he believed the Brazil mutation might be even more of a danger.

Dr Mike Tildesley, a member of the Sage subgroup Scientific Pandemic Influenza Group on Modelling, told Talk Radio: “This is the natural life course of viruses, they do mutate.” He added: “It’s certainly not the zombie apocalypse, not something we should be massively panicky about, just that we should be aware about as things move forward to try to make sure that we keep these new variants under control if they are more transmissible.”

Profeessor Robin Shattock, who is leading Covid-19 vaccine research at Imperial College London, said scientists are working on vaccines which could counter new variants like the one that had emerged in South Africa.

“At the moment, there is some evidence that some of the vaccines are slightly less effective against the new variant but that does not mean that they are not effective.”

He revealed that work is already under way on an improved version of the vaccine to tackle the mutation.

Asked if Imperial College have one already, he told Today: “We have one already and we are starting to look at the immune response to that to see whether it makes it more effective against for example the South African strain but also to see whether it can modulate the immune response in somebody who has already had a vaccine to make it more effective as a booster to target these variants as they arrive.”