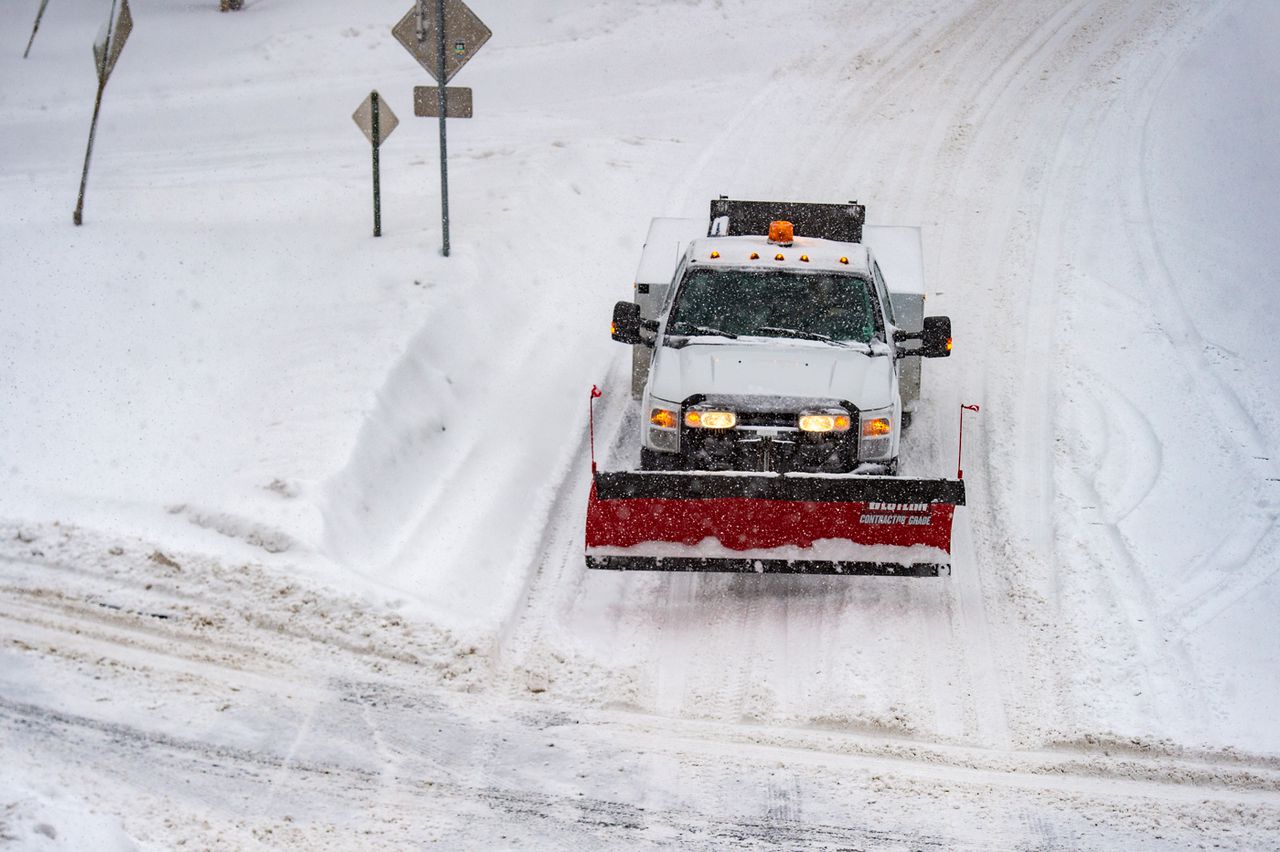 If you’re thinking Sunday’s snowstorm will be a walk in the park because forecasters aren’t calling for 1 to 2 feet of snow, think again.

Even though snowfall projections this weekend are far lower than they were during last week’s epic winter storm, people in the New Jersey region need to take this storm seriously, says Steven DiMartino, a private meteorologist who heads the NY NJ PA Weather forecasting company, based in Monmouth County.

“It’s going to be coming in like a freight train,” DiMartino warned in a forecast video posted on his company website and on YouTube (see video below).

ALSO: Full list of winter storm warnings and advisories in every N.J. county

In addition, some parts of southern New Jersey, especially along the coast, will see a potentially dangerous mix of snow, sleet and freezing rain, which could turn to plain rain and then back to frozen precipitation, the forecaster noted.

So, slick roads and poor visibility on Sunday are serious concerns, he said.

One good aspect of this weekend’s coastal storm is it will be a fast mover. The storm should arrive between 3 a.m. and 4 a.m. in far southern New Jersey, then push into central and northern counties between 5 a.m. and 8 a.m., according to projections from the National Weather Service.

By mid- to late afternoon Sunday, most of the snow in New Jersey should be tapering off or completely finished, DiMartino said.

By contrast, last week’s winter storm started dropping snow by lunchtime Sunday, continued all day Monday with heavy snow and strong winds, and light snow showers and flurries continuing into Tuesday — and in some places into Wednesday afternoon.

If the current forecast holds up, different regions of New Jersey will likely get anywhere from 1 to 3 inches of snow to as much as 6 to 8 inches of snow Sunday morning and Sunday afternoon, with higher amounts possible in isolated areas where the heaviest bands of snow happen to set up.

As of now, DiMartino and other forecasters believe the best target area for the heaviest snow bands will be in and around the Interstate 95 corridor.

However, the heaviest snow could shift farther west or farther east, depending on exactly where the storm tracks and where it intensifies in the Atlantic. The closer the storm gets, the more reliable the forecasts will get.

Len Melisurgo may be reached at LMelisurgo@njadvancemedia.com. Tell us your coronavirus story or send a tip here.