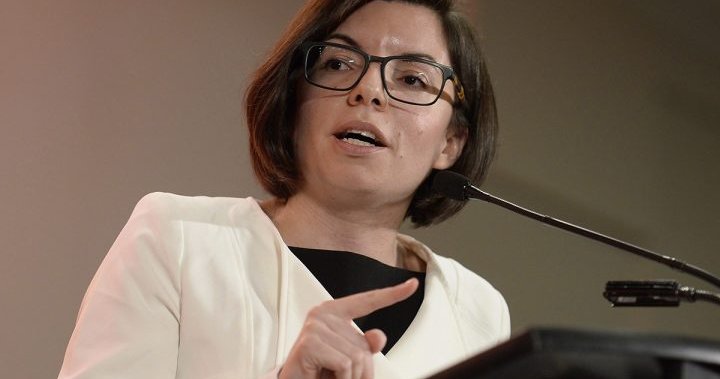 The federal NDP said Friday that it has removed an MP from her shadow critic roles after it was revealed she had left the country amid strict public health guidelines to not travel during the coronavirus pandemic.

A statement from the NDP said Niki Ashton, who represents the Manitoba riding of Churchill–Keewatinook Aski, had travelled to Greece to see an ill family member.

“While we are sympathetic to Ms. Ashton’s situation and understand her need to be with her family, millions of Canadians are following public health guidelines, even when it made it impossible for them to visit sick or aging relatives,” read the statement.

“Canadians, rightfully, expect their elected representatives to lead by example. While this is no family vacation, Ms. Ashton will be removed from her shadow critic roles.”

The NDP said her roles would be assigned to other caucus members “in the next few days.”

Ashton’s removal from her roles comes amid news of several other Canadian politicians having left the country amid the pandemic.

Earlier on Friday, Alberta’s Municipal Affairs Minister Tracy Allard was found to have vacationed in Hawaii despite recommendations from the government to stay home.

On Thursday, Ontario Finance Minister Rod Philips resigned from his cabinet position after it was revealed he was taking a personal trip to the Caribbean during the pandemic.

1:36
Jason Kenney will not reprimand Allard for Hawaii trip

Jason Kenney will not reprimand Allard for Hawaii trip