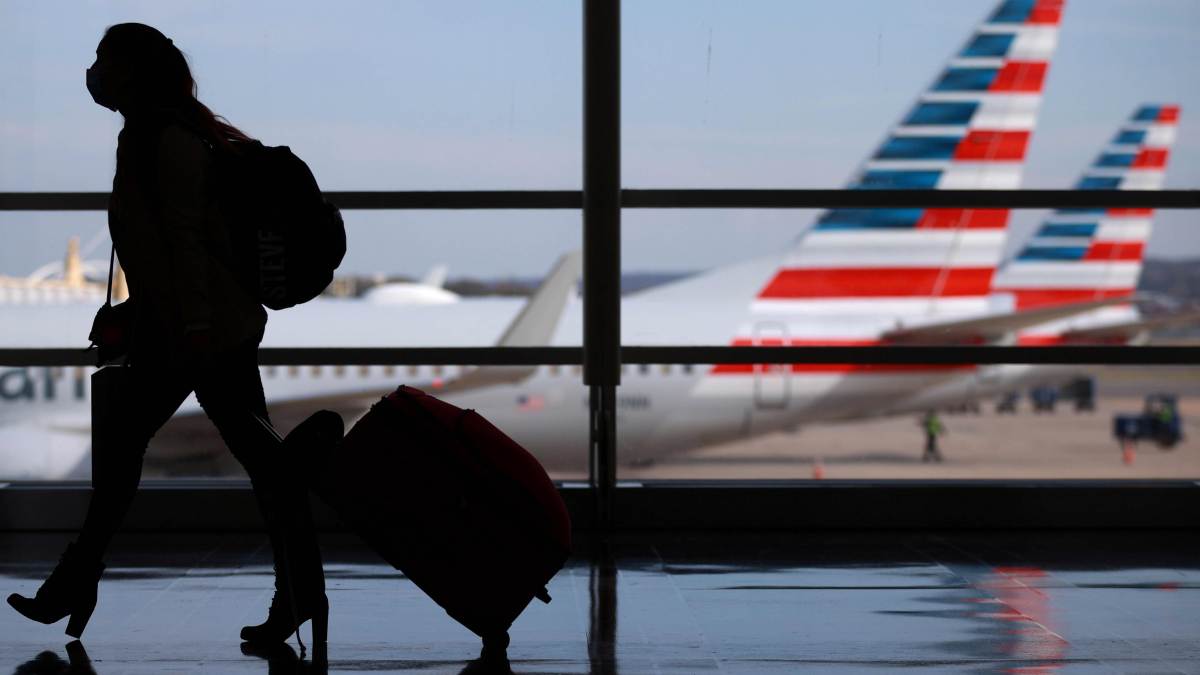 Anyone flying to the U.S. will soon need to show proof of a negative test for COVID-19.

The Centers for Disease Control and Prevention requirement announced Tuesday expands on a similar one announced late last month for passengers coming from the United Kingdom. The new order takes effect in two weeks.

COVID is already widespread in the U.S., with more than 22 million cases reported to date, including more than 375,000 deaths. The new measures are designed to try to prevent travelers from bringing in newer forms of the virus that scientists say can spread more easily.

The CDC order applies to U.S. citizens as well as foreign travelers. The agency said it delayed the effective date until Jan. 26 to give airlines and travelers time to comply.

International travel to the U.S. has already been decimated by pandemic restrictions put in place last March that banned most foreigners from Europe and other areas. Travel by foreigners to the U.S. and by Americans to international destinations in December was down 76% compared to a year earlier, according to trade group Airlines for America.

The new restrictions require air passengers to get a COVID-19 test within three days of their flight to the U.S., and to provide written proof of the test result to the airline. Travelers can also provide documentation that they had the infection in the past and recovered.

Airlines are ordered to stop passengers from boarding if they don’t have proof of a negative test.

“Testing does not eliminate all risk,” CDC Director Robert R. Redfield said in a statement. “But when combined with a period of staying at home and everyday precautions like wearing masks and social distancing, it can make travel safer, healthier, and more responsible by reducing spread on planes, in airports, and at destinations.”

The CDC order is “a reasonable approach” to reducing the risk of new variants from abroad entering the U.S., said Dr. Ashish Jha, dean of Brown University’s school of public health.

It’s likely that the recently identified version of the virus from the United Kingdom is “probably in every state or most states. This is going to do nothing for that,” Jha said. So far, 10 states have reported 72 cases of the variant.

But the new order may stop or diminish spread of other new versions of the virus, like one recently identified in South Africa.

“I can imagine other countries are going to impose (preflight testing) on us,” he added.

Airlines have been lobbying for preflight testing to replace broad travel restrictions between the U.S. and the rest of the world. In some cases, they have arranged for passengers to avoid quarantines after arrival by getting tested before their flight.

Testing “is key to unlocking international borders and safely reopening global travel,” said Nicole Carriere, a spokeswoman for United Airlines, one of three major U.S. carriers that flies to Europe and Asia.

Others say the CDC order is unlikely to cause an immediate spike in international travel.

“People are being encouraged by their public health authorities to not travel, even domestically,” said Henry Hartevedlt, a travel analyst for Atmosphere Research Group.

He doesn’t expect air travel to pick up until the summer when more people have been vaccinated.