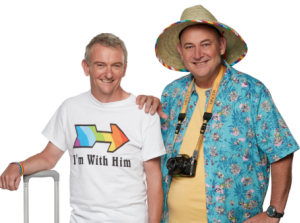 The series, which was originally scheduled for 2020 but delayed due to the pandemic, premiered at 7.30pm to 584,00 metro viewers overnight, according to OzTam figures.

Also on last night, Ten’s I’m a Celebrity… Get Me Out of Here!. The reality show aired in two parts.

Have something to say on this? Share your views in the comments section below. Or if you have a news story or tip-off, drop us a line at adnews@yaffa.com.au