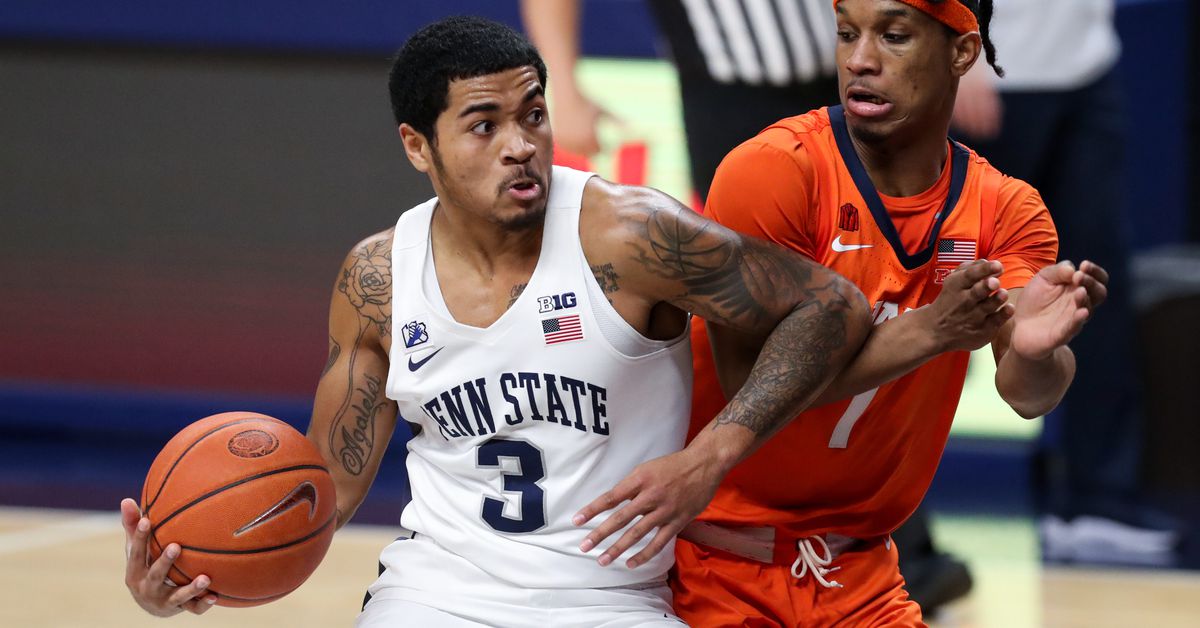 At 0-2 in conference, both Penn State and Indiana find themselves trying to crawl out of the basement of the Big Ten standings.

The Nittany Lions may be a bit more accustomed to where they stand, but have shown relatively well this season outside of a drubbing last time out against Illinois. Meanwhile, Archie Miller is showing yet again that it’s going to take more than a new coach to turn around the Hoosiers program.

We’ve learned that offensively, the Nittany Lions can put up points in bunches when shots are falling. Unfortunately, we’ve also seen that the lack of a true interior presence defensively is something that can be exploited. Penn State is about a combined 90 seconds of basketball against Seton Hall and Michigan away from being 5-1 and probably nationally ranked, but that’s what separates those teams from everyone else.

This match up feels like one that could go either way and will be a good indicator of what fans can or should expect from the Nittany Lions the rest of the way through the Big Ten schedule.

Getting a read on the Hoosiers has been nearly impossible this season. They crushed a pair of bad opponents in their season-opening tip-off tournament, but that was sandwiched around a tail kicking by a pretty good Texas team. Indiana then came back to push a solid Florida State team to overtime before losing to a solid if unspectacular Northwestern team that had already lost to Pitt. Now, the transitive property is a bad way to evaluate teams even in a normal year, but what am I supposed to do with all that?

Indiana comes in averaging 71.1 points points per game and conceding just 63.3, so it’s been solid on the defensive end for most of the year. The Hoosiers are also holding opponents to under 30 percent from beyond the arc and are conceding just 12.1 free throw attempts per game, so Penn State absolutely must avoid a situation where it falls behind early.

Individually, it’s sophomore big man Trayce Jackson-Davis who leads the way with 20 points per game for the hosts. All of that has come in the interior or at the line, as he’s yet to attempt a 3-pointer this year, which could prove a tough test for a beleaguered Nittany Lions front court.

Fellow sophomore Armaan Franklin, a 6-foot-4 combo guard, follows behind with 13.6 points per game. The sharpshooter is taking just over four 3-pointers per game and thus far has hit at a 50 percent clip on the year.

What to Watch For

Can the Nittany Lions do anything to even remotely slow down Jackson-Davis?

In the second half, the Illini got just about everything they wanted at the rim against Penn State. Whether it was off of post ups, entry passes over the top of fronting defenders, or Ayo Donsumu getting to the rim himself, it was just all too easy.

Much of that just comes down to a lack of length and size for Penn State, but plenty of teams defend the perimeter better than we saw with similar size issues. It starts with good ball pressure from perimeter defenders that helps to cut off drives or force difficult entry passes. The Nittany Lions’ guards and wing defenders have to make it difficult for Jackson-Davis to receive the ball and the interior defenders have to either front him or make him catch the ball 15-feet out or more. If they can’t do that, the sophomore star will have a field day.

I’ve actually really liked some of what I’ve seen from Penn State this year and the team has been far more competitive than I imagined, but the lack of an interior presence isn’t just going to fix itself out of the blue and that’s not something that can be patched over.