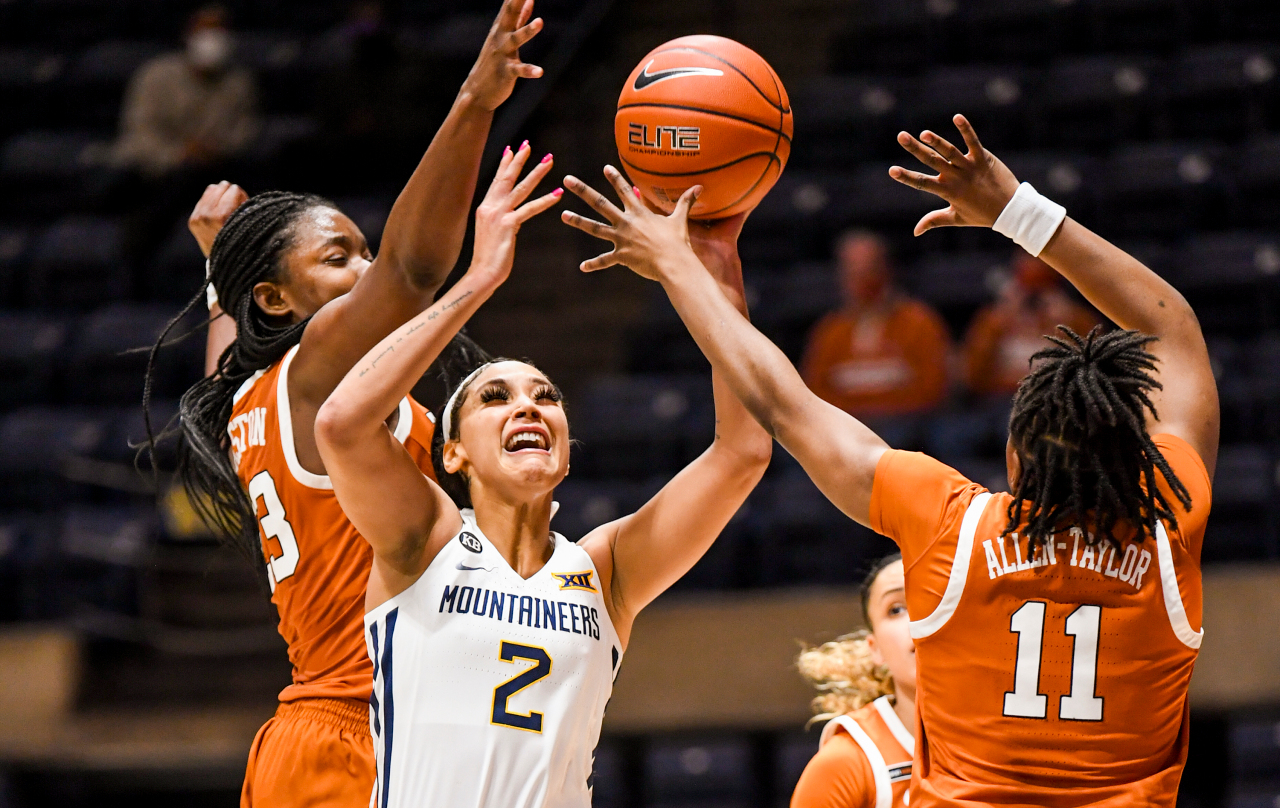 Riding a streak of nine consecutive wins, the No. 21/24-ranked West Virginia University women’s basketball team is back on the road on Saturday, Feb. 6, as the Mountaineers travel to Austin, Texas, for a rematch against Texas.

Opening tip against the Longhorns is scheduled for 8 p.m. ET, at the Frank Erwin Center in Austin. Dan Zangrilli will call the game for the Mountaineer Sports Network from Learfield IMG College. The game can be found on 100.9 WZST-FM as well as affiliates across the state, the TuneIn Radio App and WVUSports.com. Saturday’s contest also will be broadcast on ESPN’s Longhorn Network, with Alex Loeb and Andrea Lloyd on the call.

West Virginia (14-2, 8-2 Big 12) and Texas (13-4, 7-3 Big 12) are set to meet on the basketball court for the second time this season and the 23rd time in the series on Saturday. The Longhorns lead the all-time series, 13-9, including a 1-7 mark when playing in Austin. West Virginia has three wins in its last four matchups against Texas, dating back to Jan. 28, 2019. Earlier this season, the Mountaineers defeated then-No. 17 Texas, 92-58, at the WVU Coliseum in Morgantown. The margin of 34 points tied for the largest win over a ranked opponent in WVU program history.

WVU led by as many as 12 points against ISU in a game that featured six ties and five lead changes. West Virginia outscored the Cyclones in the first, third and fourth quarters, while holding the advantage for 33:51.

Texas is coming off a 69-58 win at Oklahoma on Feb. 3, and has won its last two games. The Longhorns defeated Texas Tech, 72-53, in Austin to begin their streak. UT has been victorious in four of its last five games, with its only loss coming at Oklahoma State on Jan. 27, and is averaging 67 points per contest during that stretch.

Forward/center Charlie Collier continues to lead Texas in scoring and rebounding this season, as she is averaging a double-double per game (22.0 ppg and 12.8 rpg). Of note, Collier has tallied a double-double in her last eight games. Point guard Kyra Lambert paces the Longhorns in assists (3.13) this year, while guard Celeste Taylor leads the squad in steals (2.57). Forward DeYona Gaston holds the team lead in the blocks category, with 21 swats.

Texas is led by first-year head coach Vic Schaefer, who owns a career record of 314-176 in 16 seasons of coaching.