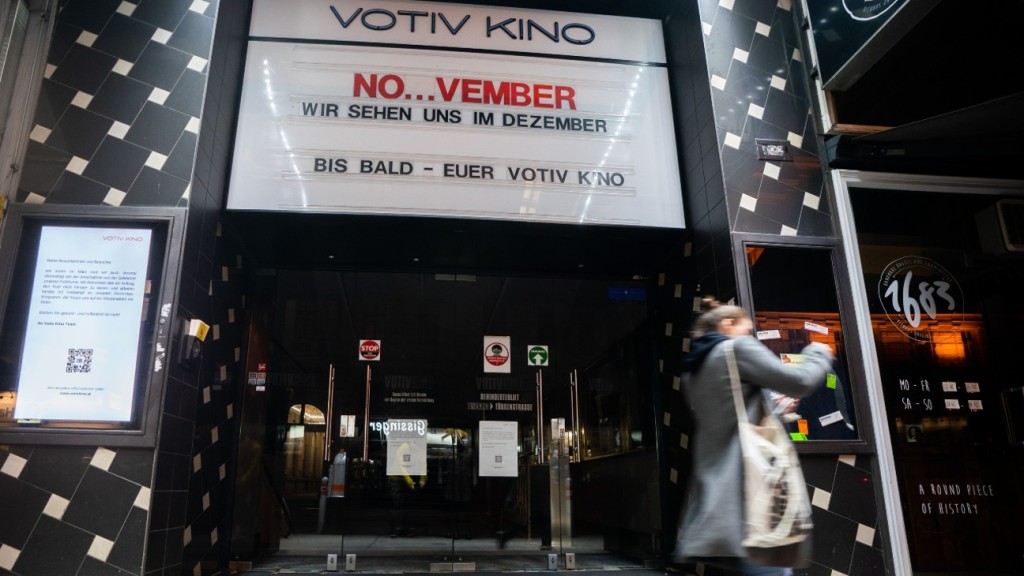 News from the World Health Organization that a new coronavirus variant, dubbed Omicron, discovered in southern Africa, was a “variant of concern” has hit the global entertainment industry with a sickening sense of déjà vu.

While little is yet known about Omicron, including its potential resistance to existing COVID-19 vaccines, the reaction to the news has been swift, with countries across the world introducing travel restrictions in an effort to slow down the global spread of the new variant. More than 40 countries, including the United States, the U.K., the European Union countries and Australia have imposed temporary restrictions on travel from southern African countries deemed “at-risk” including South Africa, Botswana and Zimbabwe. A few, including Japan and Israel, have shut down their borders entirely to non-citizens.

The moves come as COVID cases involving the Omicron variant have been confirmed in at least 15 countries, including Belgium, Denmark, Germany, Italy, the Netherlands, Australia, Israel and Canada. The Omicron variant has a high number of mutations — around 30 — in the coronavirus’ spike protein, which could allow the virus to spread more quickly and may make it harder for COVID vaccines to target.

That’s bad news, particularly for countries already seeing a spike in COVID infections involving the Delta variant. Europe has been particularly hard hit, with Austria introducing a new nationwide lockdown on Nov. 22, shutting cinemas, restaurants and other public venues, the Slovak government declaring a state of emergency and curfew on Nov. 24, and the Netherlands imposing a partial lockdown involving a 5 p.m. to 5 a.m. curfew for most businesses, including theaters, from Nov. 28.

Elsewhere, governments are tightening COVID restrictions, a move many see as a prelude to a full lockdown. Several German states now require cinema-goers to prove they are fully vaccinated against COVID or have recovered from a COVID infection, with some requiring the vaccinated to also produce a negative PCR test for entry, a restriction called “lockdown through the backdoor” by Christine Berg, chair of German exhibitors association HDF Kino.

The impact of the new regulations, and growing safety concerns from visitors, is already showing up in attendance figures. There were 505,000 movie tickets sold in Germany this past weekend, a 37 percent week-on-week drop and the worst weekend showing since Sept. 24, 2020. Box-office receipts across Europe have been sliding over the past three weeks, notes Rob Mitchell, a box office analyst with Gower Street Analytics in London, though it’s not clear COVID has been the main cause of the decline.

There are serious concerns, however, that public fears over Omicron could prove a major blow to holiday returns. One U.K. exhibition executive pointed to the British government’s response to Omicron, which has included reintroducing compulsory mask-wearing in shops and public transport. If this measure were extended to include hospitality and cinemas, the exec notes, it would have an immediate impact.

“We know from every previous occasion that this [such measures are] a strong deterrent from impulse visits to the cinema, which is the lifeblood of what we do,” he said.

“The unfortunate thing about Omicron hitting now is that October was the first month where we were incredibly close to average box office returns pre-pandemic,” says Mitchell of Gower Street, noting that global box office for October was just 7 percent down from the three-year average for the month from 2017-2019.

Cinema closures in select territories and concerns over further lockdowns have led Gower to adjust downward its year-end prognosis for worldwide box office from $21.6 billion (its mid-October estimate) to $21.0 billion.

That figure represents a best-case scenario, in which there are only a few, smaller territories in lockdown and the studios continue to release their big titles as planned. A worst-case would see theater closures and declining box office trigger the studios to postpone or cancel their upcoming tentpoles, leading to the sort of negative feedback loop seen during the third wave of COVID last fall, where MGM’s decision to pull James Bond release No Time to Die led to exhibitor Cineworld shutting its doors, which in turn triggered further postponements and further closures.

“The title everyone is looking at right now is [Sony and Marvel’s] Spider-Man: No Home, which is the film exhibitors worldwide are counting on for the end of the year,” says Mitchell. “If Sony pulls Spider-Man, and everyone is hoping they don’t do that, or if the film does really poorly and people attribute that to COVID, we could see the studios start to pull their titles for the first quarter of 2022.”

So far, conditions in North America appear significantly better than in Europe and the major studios have not signaled plans to postpone or cancel the theatrical rollouts of major tentpoles. Alongside Sony’s Spider-Man sequel, 20th Century Studios’ Steven Spielberg-directed West Side Story adaptation and Warner Bros.’ The Matrix Resurrections are still holding to their planned December release dates.

But the situation remains uncertain. While lockdowns in Austria and the Netherlands alone are unlikely to push the majors to push their tentpoles and scrap multi-million dollar ad campaigns, closures in major territories such as Germany, France or the U.K. could change the calculation. Here is where China could play an oversized role. The fact that Matrix Resurrections and Spider-Man: No Way Home have both been approved for Chinese release could tip the scales in favor of the scheduled rollout, with a staggered bow, or postponement, for smaller territories.

On the production side, there are also no signs, so far, of Omicron shutting down global film and TV shoots.

“Producers have come through the first three COVID waves and know what to do to keep things moving,” one veteran producer noted. But any potential wobbles could impact what is already a very overcrowded market, with studio space and crews at a premium.

“There’s a lot of push now where people are looking at Eastern Europe – the Czech Republic, Romania and Hungary – so I wouldn’t be surprised if we get a lot more things moving there,” says British producer Jonathan Weissler. Unfortunately for studios in the region, COVID cases in the region are among the highest in Europe and vaccination rates among the lowest.

Omicron is casting a shadow of uncertainty over international industry events, including film festivals and trade fairs scheduled for the coming months. The International Broadcasting Convention canceled its in-person event, set to kick off in Amsterdam on December 3. International television showcase Content London, which runs Nov. 29-Dec. 2, appears to have narrowly escaped restrictions, with most delegates arriving just before the UK introduced new travel restrictions requiring a negative PCR test for overseas arrivals. For those arriving after, an on-site PCR testing site will offer same-day results.

Saudi Arabia’s Red Sea Film Festival, due to kick off Dec. 6, could become the first of many festivals to cancel in the wake of Omicron. The inaugural event, which was originally scheduled for March 2020 but became one of the first cancellations in the first COVID-19 wave, hopes to welcome a sizable number of African filmmakers, most from North Africa. Saudi Arabia has suspended flights from 14 southern African nations, but has said people “from all countries” would be able to travel so long as they had received one dose of the vaccine. Festival guests are currently being told they need proof of vaccination and a recent negative PCR test to attend.

The Berlin Film Festival is still planning to hold an in-person event from Feb. 10-20, 2022 with attendees required to be either fully vaccinated or prove they have recovered from a COVID infection. A Berlinale spokesperson told The Hollywood Reporter that the festival was looking at other options, including requiring negative PCR tests, capacity restrictions and stricter masking requirements.

“The rapid development in the number of infections [in Germany] is of course worrying, so it is very important to consider further containment measures,” she noted. “It goes without saying that we are closely monitoring further developments.”