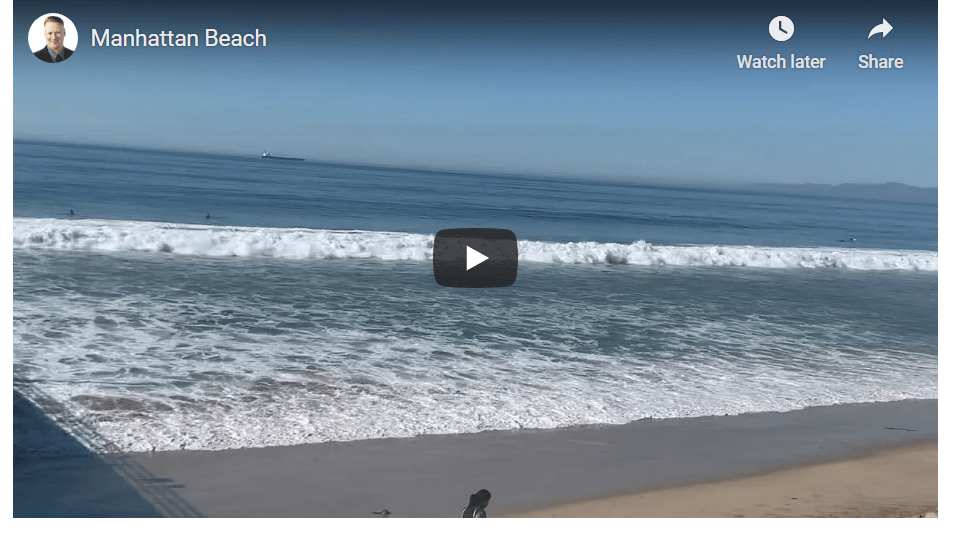 BUENA PARK, Calif. – My first-ever regular-season road trip with the Avs was to Los Angeles. I still remember everything about it.

Oct. 7, 1995, Avalanche at Los Angeles Kings, second game in the history of the new team in Denver. I was there for the Denver Post, a game won by Wayne Gretzky and the Kings, 4-2 at the Great Western Forum, aka the Fabulous Forum. Gretzky, I remember, played with a silver stick that gleamed when angled just right.

I remember Claude Lemieux making fun of my shoes (I bought new ones right away). I remember Pierre Lacroix looking at me with a bit of scorn (I’d just written about how some of his players were unsigned, RIP Pierre). I remember going into the Forum and thinking “wait, this is it?

It was kind of a dump, really.

The Avalanche stayed at the Marriott Los Angeles Airport, aka as the LAX Marriott. Man, if those walls could talk. I vividly remember my first time getting off the airplane at LAX and looking up at the palm trees and thinking, “Holy (bleep), I’m actually in Los Angeles.” I’m a kid from small-town New Hampshire and Vermont, who grew up on the Beverly Hillbillies and Johnny Carson and the bluish glow from late-night TV, all of which seemed to come from this fantastical place called LA and Hollywood. Games on TV from the Fabulous Forum, all were on late at night and all seemed of science fiction. How is it that a game can start at 10:30 my time, yet only be 7:30 where it’s at? Where is the snow and the greasy faces of fans who had just put in a long day of physical labor, like it seemed every Boston team’s fan had?

Well, that part isn’t true. I stayed in many hotel rooms while selling timesharing as a college kid, on summer and winter breaks, on Cape Cod in the mid-to-late ’80s. But let’s just say, by 1995, it had been a good eight years or so since I’d last stayed in one.

The more mystical place, in my mind, was California. Los Angeles.

All the times I’ve been here – and it’s probably been about 75-80 times by now – I never feel quite like my actual self. I always feel like…I’m in LA.

It is never normal. I feel like my actual self a lot when I’m in other cities, like in St. Louis on a Thursday night in the regular season. But whenever I’ve been in Los Angeles, I feel like I’m in some ethereal world where oranges really do grow on trees and where it really is 75 degrees on a late January day, like it was today. It’s always been somewhat out-of-body for me here, which leads me to tonight’s column.

I’m not actually in LA tonight, but in Buena Park, about six miles from Disneyland, about 45 minutes from the Staples Center, where the Avs will play the Kings tomorrow night. I’m staying here at a Days Inn, for a total cost of $350 for seven nights, and that includes the tax. I’m here partially because of you, some of my best subscribers, who also chip in to the Avs Travel Tip Jar.

I think I’m one of the first sportswriters to have done this – basically started a Go Fund Me for travel to cover a team. That $350 has already been covered by several of you, and I want to thank some of them personally here, but only by their twitter handles, people like @aaronmcali, @fletchmonger and some others by the names of Janice and James and Lorene, who didn’t want their full names used. (And yes you too, mom. Thank you, for everything).

I hope to make it up to every one of you somehow. That sounds way too grandiose though, I know. I hope I’m not sounding a bit too precious here, maybe pandering for false likes on Twitter. Just know my best way of paying it back, at least in the workaday sense, is to just go to the four games in SoCal this week – two against the Kings and two against the Ducks – and try to cover the hell out of them, as best I can in a Covid-19 landscape.

I can’t go into the Avs locker room, and I can’t go to the morning skates here in locked-down Cali. But I can go to the games themselves, and I know that gives me a perch that should be truly cherished, much more than the days when sportswriters like me took everything for granted (wait, what, where are my between-period quote sheets????)

No, I was never that bad. I’ve always thought this was a pure miracle, doing what I’m doing now and what I did 25 years ago. And, I’m as frugal now as I was then.

This a true story: my first Ave game I ever covered in Anaheim was Nov. 15, 1995. Again, I CAME FROM A SMALL TOWN IN NEW HAMPSHIRE, WHERE EVERYONE WAS POOR AND WE ALL COUNTED OUR PENNIES.

I had a Denver Post corporate travel account, back when the paper was making about $200 million a year. But I just didn’t really know anything still back then, and I thought that you had to look for the very best deal on things like this. I stayed in a $30 a night EconoLodge in Anaheim for that game, a room that had a door to the outside and a flimsy lock and plenty of noise from the outside. I thought that’s what you were supposed to do. I used to take airport shuttle busses where they stopped about six times before they got to your hotel, just to save a few bucks.

Come to find out: big-timer writers like Woody Paige and Mike Monroe and even my own sports editor cursed me out and made fun of me as a dumb hayseed for such frugality in covering the Avs.

“You’re in the bigger time now, kid. We can afford a night at the local Marriott.”

Woody, I remember, got really pissed at me. I didn’t know. I thought anything over $100 a night for a hotel room was scandalous.

For most of that first season, when I wasn’t actually flying with the team and staying at their hotel at the team rate, I still took airport shuttles that took about two hours but shaved off about 10 bucks off what a cab would cost. I stayed at country hotels because I thought my paper would go out of business if I didn’t.

Ha ha, stupid me. The owners of the Denver Post are still raking in millions in profit every year, and here I am at a Days Inn in Buena Park, working for my own site now.

But I couldn’t be happier. In the same sense as when I got off that plane 25 years ago, I’m still living in a dream. I’ve had the big, fat, corporate credit card and I’ve had the skin-of-your-teeth existence. Hey, the former was great, no complaints there. But none here, either, in my perfectly good Days Inn room, with full cable, running water and a locked door (to the outside).

This is more the real me.

Thank you to all of you, and I can’t wait to get to the rink tomorrow.

Here is a shot I took today off the Manhattan Beach Pier, which is an awesome place that I hope every one of you gets to visit some day soon. I’ll never forget my first time here in 1995 (after that first road trip to LA, for the single Avs game). I don’t know how I came across this place, but I did somehow and have been back ever since.