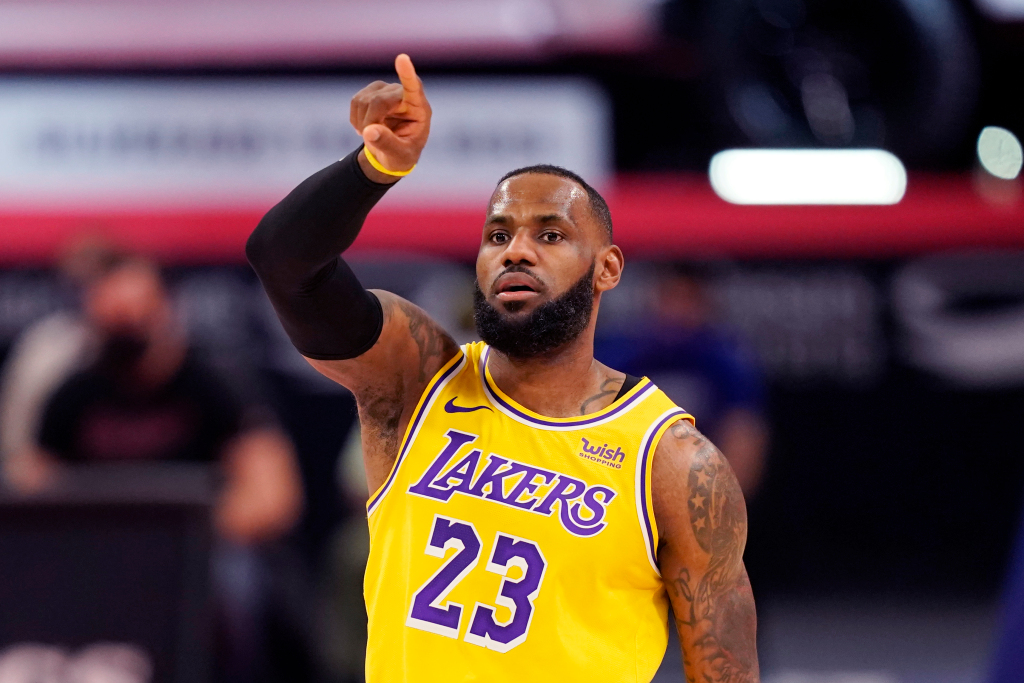 The “LeBron for MVP” cry has started early this season. And no one’s touting him quite like … opposing coaches?

It might seem strange, especially for Eastern Conference coaches who James spent so much of his career frustrating and vexing. But Boston coach Brad Stevens thinks the four MVP awards the 36-year-old already owns deserve more company – a lot more.

“He is as special as special gets, and he would be a multiple-time-more MVP award-winner if people weren’t bored and looking for other things to discuss, right?” Stevens said. “He’s been the best player in the league for however many years now. … Nothing but the utmost respect for him. I’ve never had anything but.”

That’s a truism in the coaching ranks around the league, but in his 18th season, James has helped even opposing coaches vocalize it. James entered Saturday’s game in Boston averaging 25.5 points, 7.5 assists and 7.8 rebounds while shooting 41.7 percent from 3-point range. Perhaps most impressively, he’s yet to miss a game after a short offseason, rife with speculation that James stoked himself that he might rest in certain games early on.

Dwane Casey, whose Toronto teams James steamrolled again and again in the playoffs during his Cleveland runs, might feel a little warmer toward him now that he’s out West. Casey compared James’ shape to a 21-year-old, still able to physically be atop the game while improving his skills.

“You look in the dictionary and see a picture of a perfect basketball player, that guy’s there,” he said. “You hate playing against him. But as a basketball fan and when you’re not coaching against him, you enjoy watching him play because you see the nuances he brings to the table.”

James certainly has spirited younger contenders between him and a fifth regular-season MVP: Denver center Nikola Jokic and Philadelphia center Joel Embiid are popular first-time candidates, while Brooklyn forward Kevin Durant could be contending for his second MVP while averaging more than 30 points in a comeback from an Achilles tendon injury that kept him out all of last year.

What makes James compelling, 76ers coach Doc Rivers said, is that he still seems sharp at his age. For comparison, Durant at 32 is the next-oldest player averaging more than 25 points per game. James’ 3-point percentage is also the highest it has ever been in his career.

“He does everything better than he did five or six years ago which was supposed to be his prime,” Rivers said. “He’s obviously smarter. He’s just so at peace with his game. I think that’s what I see more than anything. He’s very comfortable shooting the ball. Obviously, he’ll go down as one of the greatest passers to ever play the game that no one knew at all. His shot just makes it that much tougher.”

In this season when COVID-19 protocols have made socializing tougher, Vogel said some of James’ most valuable contributions have come behind the scenes, as he’s tried to resume his role – to the best of his ability – as someone who tries to bring teammates together.

“I think in particular we’re in this environment where we’re not allowed to leave the hotel basically, and in the bubble environment, I think he’s just, on a regular basis, he’s down there eating with his teammates and being with his teammates,” Vogel said. “Which is something you don’t always say about players of his caliber.”