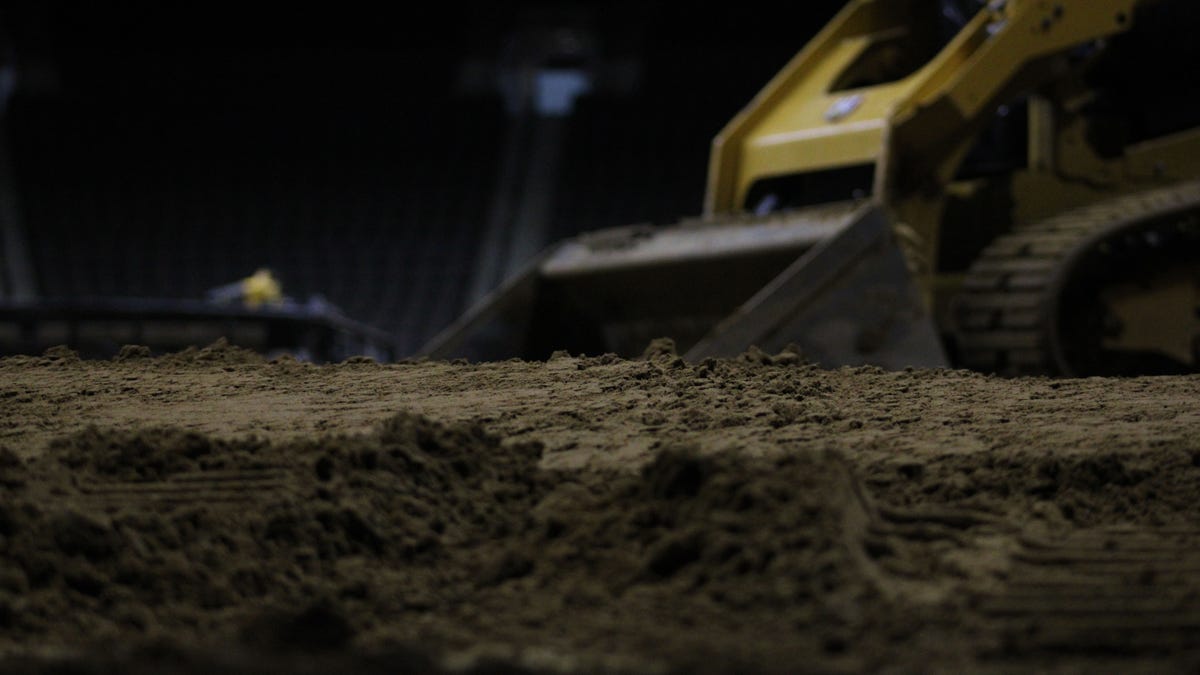 There’s no other way to describe the process of loading an estimated 750 tons of dirt, and a whole lot more, into VyStar Veterans Memorial Arena for the Professional Bull Riders Bad Boy Mowers Invitational presented by Union Home Mortgage.

The opening round begins at 6:45 p.m. Saturday, with the second round and championship stage kicking off at 1:45 p.m. Sunday. CBS Sports Network is scheduled to broadcast a portion of the competition Sunday.

In all, 40 riders are expected to take on the challenge of staying atop running, jumping and bucking bulls — 88 in all — that typically tip the scales at three quarters of a ton or more.

Like last month’s UFC 261 event, arena management is planning to permit full capacity for the PBR competition. Masks are encouraged but not required for settings in which 6-foot distancing is not possible.

The arena, which held Jacksonville Icemen hockey as recently as Wednesday night, is undergoing a drastic conversion for the event, accumulating not only staggering quantities of dirt but also metal paneling — estimated at the length of more than six football fields — used in constructing the pens and inner arena for bulls and riders.

“We do the same thing in basically every building, but every building has its own quirks and uniqueness,” White said. “So we adapt to that.”

On Friday, crews used tractors to unload and spread the dirt to a depth of 8 to 10 inches across the arena floor — the depth is greater around the bucking chutes.

White estimated a value of $30 million for the equipment used in production, ranging from signs to multiple miles of cables. Typically, he said, setup on the day before competition can stretch from 6 a.m. to 10 p.m., with more work to come ahead of the opening round.

The travel is its own challenge for a series that’s constantly traversing the nation.

Three weeks ago, the Unleash the Beast Tour stopped in Omaha, Nebraska. Last weekend, it was Billings, Montana. By the second week of June, PBR will be back in its traditional base in the West for the Las Vegas Invitational. For this week, White said, the PBR setup crew arrived in nine semi trucks, driving roughly 2,200 miles from Billings to Jacksonville in less than three and a half days.

“If we’ve done our jobs right, at 6:45 [Saturday], we go crazy because we do our grand opening, our opening ceremonies,” White said. “And after that, we go [taking a deep breath]. We just watch the show.”