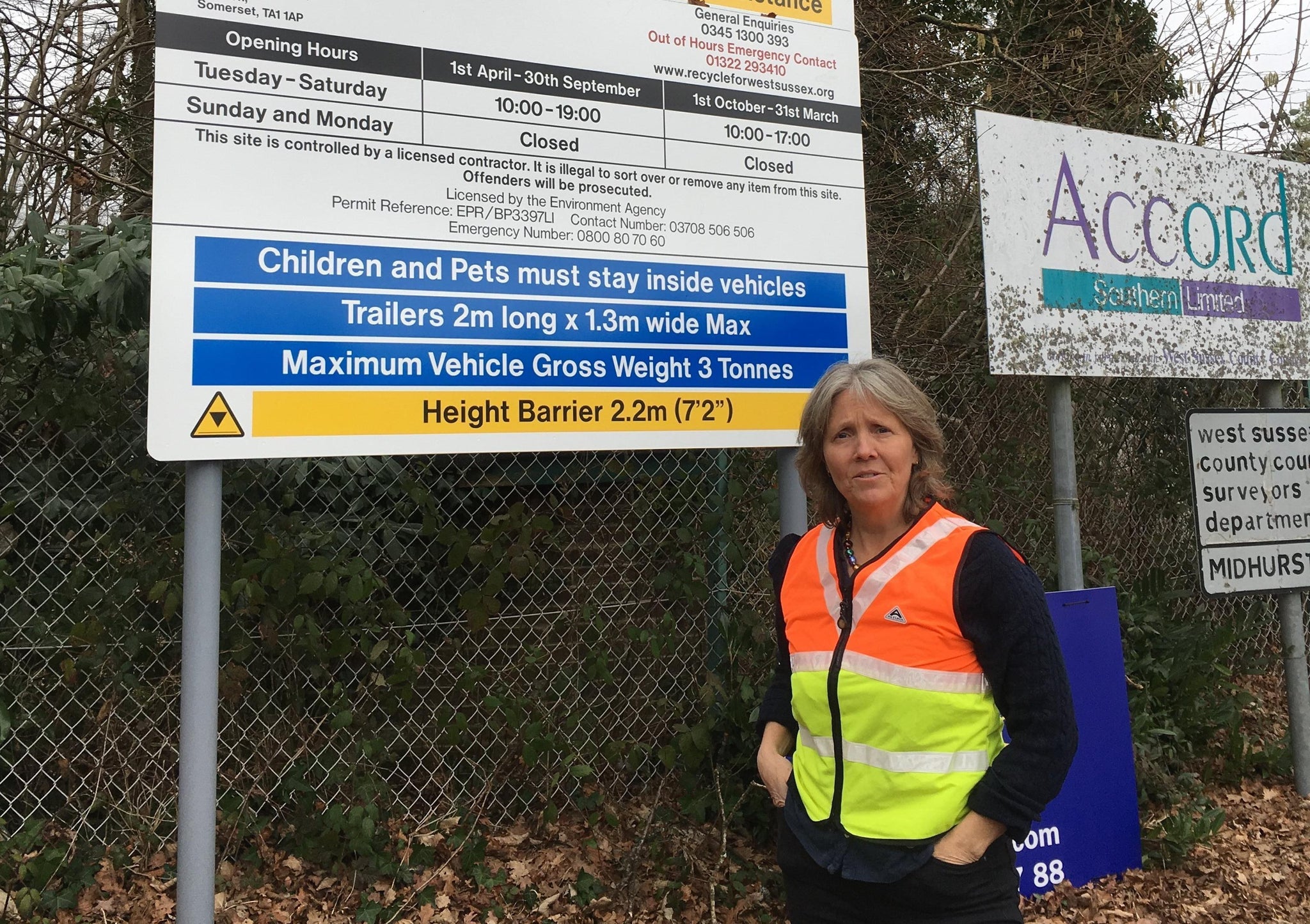 Councillor Kate O’Kelly at the tip

It comes after West Sussex County Council announced in November that it was considering shutting two of its 11 household waste and recycling sites, which would save £190k per year.

Fears the tip in Midhurst could be one of them led Kate O’Kelly, the Lib Dem County Councillor for Midhurst, to set up the petition.

She said: “I am very concerned that we could lose this vital facility – there is a strong feeling in the community that it needs to be retained. I wanted the council to hear the voice of the community.”

Closing the tip, which serves a large geographical area, would lead to people making longer journeys, which was counter to the council’s climate change policy, Dr O’Kelly said.

Another major concern was flytipping, which she said ‘had already increased over the last year’.

Midhurst Town Council said it was ‘deeply concerned’ that the site might be earmaked for closure.

Chairman Carol Lintott said: “Although Midhurst is the smallest site, it serves the largest land area in our county.

“Its closure would require major journeys to other recycling centres and would lead to a substantial increase in fly tipping resulting in heavy remedial costs to farmers, land owners and other councils.

“The increased distances of travel, besides major inconvenience and cost to the user, substantially reduces the sustainability of an environmentally important area, which is mainly in the South Downs National Park.”

It called for the review of the use of the Midhurst site to be ‘evidence based and transparent’, and for ‘the true cost of the impact on our climate and the environment’ to be ‘properly considered’.

A final decision on which tips – if any – will close will be made in February.