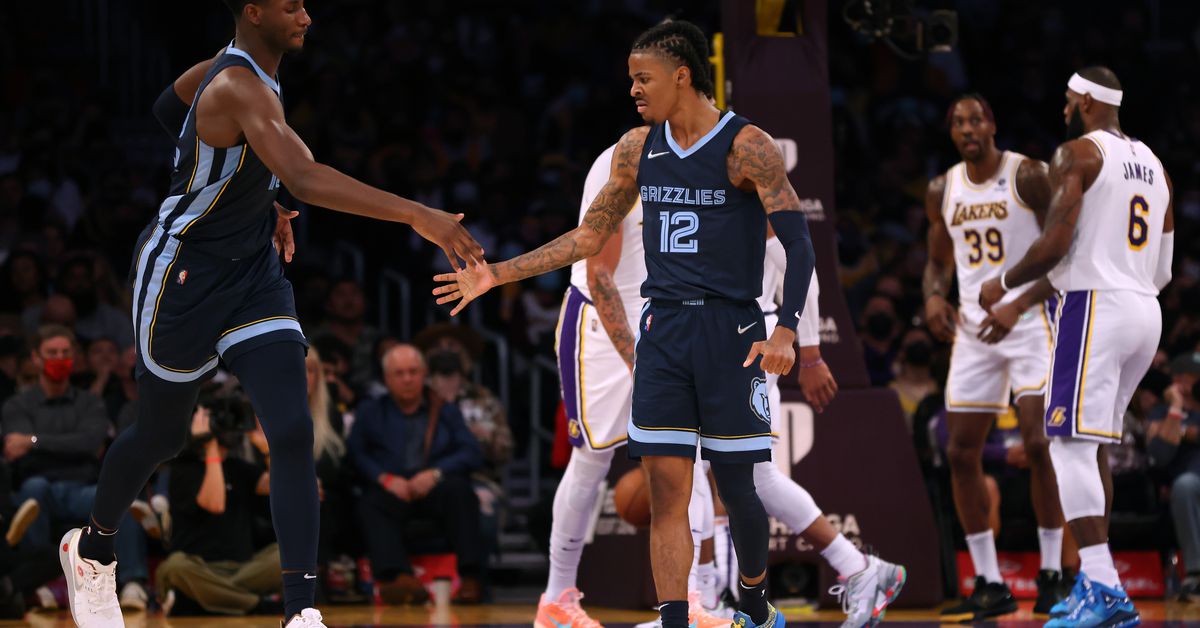 The Memphis Grizzlies returned to the same arena on Sunday night, following a huge win on Saturday night against the Los Angeles Clippers. A back-to-back with the city of angels teams, could Lebron James and the Los Angeles Lakers slow down the streaking Grizzlies? Or, could Memphis continue their quick start to the season?

The Grizzlies energy as a whole was low throughout most of the second quarter. At one point, you could see Head Coach Taylor Jenkins yelling and clapping at his guys. Memphis was just being out hustled. Sloppy defense was leading to stagnant offensive possessions for the Grizzlies. Fortunately for the Grizzlies, Ja Morant and Desmond Bane shot the ball really well from beyond the arc in the first half. The Grizzlies only trailed 62-56 heading to the half at Staples.

62-56 Grizzlies trail the Lakers at the half.

Grizzlies have to come out of the half with better energy. It’s that simple for Memphis. Some things you can’t coach. I think we also forgot…

The third quarter Memphis came out of the locker rooms with great energy. Specifically, Ja Morant, who is without a doubt the Grizzlies engine. Morant scored 10 points in the third quarter alone, and captivated the opposing crowd at Staples Center — finishing around the rim, with circus shots, and oozing with energy. Following a halftime deficit, the Grizzlies rallied to retake the lead heading to the fourth quarter at 90-87.

The Grizzlies dug their feet into the mud throughout the fourth quarter. Despite certain things not going the Grizzlies way, they continued to fight. Every Grizzly that took the floor in the second half fought until the final buzzer. The Grizzlies would fall to the Lakers in the final seconds at Staples Center in Los Angeles 121-118.

The Grizzlies will be back in action on Wednesday night as they travel to Portland to take on the Trail Blazers at 9:00 P.M.