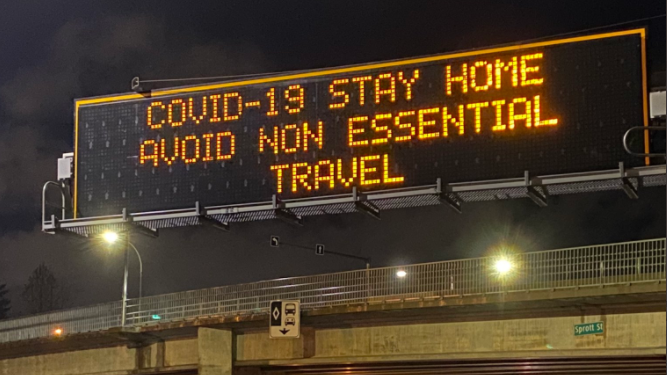 VANCOUVER (NEWS 1130) — It seems people were a little eager in trying to get out of town this May long weekend.

According to RCMP, a total of 48 cars on Highway 99, Highway 3 and Highway 5 were turned around on various major routes in and out of the Lower Mainland Saturday. No one was given a ticket but they received a verbal warning.

However, on Friday, two drivers on Highway 5 were charged for allegedly failing to stop for police checks, and were slapped with fines of $230.

This long weekend police authorities across the province have said they are ramping up enforcement. This includes road checks along major highways between health zones, including between the Lower Mainland and the Interior.

Mike Morris, the BC Liberal MLA for Prince George- Mackenzie and critic for public safety says the RCMP are in a tough spot with the provincial guidelines.

“It does put them in a position of trying to enforce a law that is very, very difficult to interpret …it’s impossible for them to determine legitimate versus non-legitimate or non-essential travel means,” he says.

For those British Columbains hoping to get away this weekend, Morris is reminding you there’s lots you can do close to home.

“Do your best to try and nip this as soon as we can here and get everybody back to a normal life hopefully sometime this summer.”

The province has suggested some of the restrictions will be loosening up as soon as this week if B.C. stays on track and continues to bring its daily case count down.

The so-called circuit breaker, which includes a ban on indoor dining, and restrictions on travel between certain health zones are set to expire after the long weekend.

So far, B.C.’s health officials have resisted the urge to say whether it’ll be extended, suggesting there will be a plan laid out and things will reopen slowly.

– With files from Monika Gul and Hana Mae Nassar