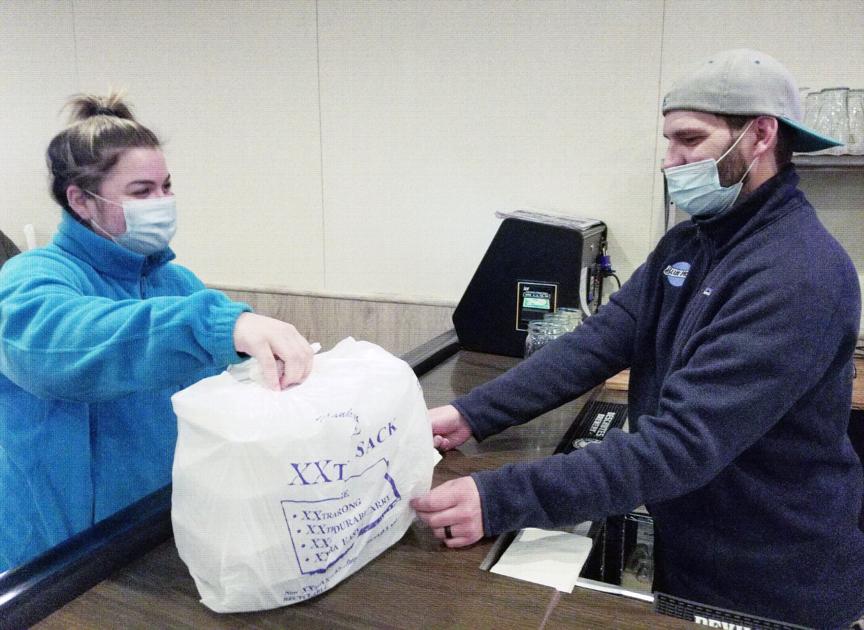 While Gov. Tom Wolf’s three-week ban on indoor dining hammered restaurants across Pennsylvania, it took an even harder toll – personally and financially – on the workers who lost jobs or hours during the shutdown.

Jacquelyn Porter had been a server at Angelo’s II in Monongahela for three years when the initial three-month shutdown at the beginning of the coronavirus pandemic in the spring left her out of work.

She was behind in her rent and utilities for a few months, but finally began recovering over the summer and fall when the new ban went into effect Dec. 12, just before Christmas.

“It was pretty awful. We didn’t get a normal Christmas like usual,” Porter said. “I started getting caught up … and then things got bad.”

While Wolf announced last week that his order halting indoor dining will end today as scheduled, many in the restaurant industry are nervous about whether more restrictions could return if COVID-19 cases increase. Porter asked that Wolf and other government officials look out for restaurant workers who are losing out on tips and might not make enough money to qualify for additional unemployment compensation.

“He needs to figure out a plan to help out these people … because we’re really suffering,” Porter said.

That suffering has been personal for Ryan Dzimiera, who owns the restaurant where Porter worked until it transitioned to takeout only. Of his dozen employees, only four are currently working at the restaurant, including the cooks who are on shorter hours.

“It’s terrible. It’s actually heartbreaking, especially during the holidays,” he said. “You hate to lay them off, but there’s not a lot for them to do.”

But the response from the community has been heartening, he said.

“A lot of people have been very good,” Dzimiera said. “They’ve been very generous, very kind with their takeout tips.”

But the loss of full service dining has meant fewer customers and fewer tips. Even servers who are still working have noticed a decline in income.

Stacey Finnegan, a server and manager at Harry’s Pizza in McMurray, said she’s lost 60% of her typical income this year.

“It’s not the same,” Finnegan said. “Little things like drinks, it all makes a difference. … It’s been tough. A lot of people have never tipped on takeout before. They thank you for being open but put an ‘X’ on the (tip) line.”

Some customers, however, are making an effort to provide tips for employees when they order takeout.

“I believe people are trying to give if they have it,” said Melanie Evanovich, who works at Al ‘an Rubens near Washington.

Evanovich is traveling less while her credit card companies are allowing her to skip payments and her mortgage lender is letting her pay on only the interest and insurance of her loan. She is looking forward to reopening and thinks the safety precautions taken at her restaurant – time limits on seating, social distancing and heavy cleaning – will make people comfortable dining inside.

“Everyone who comes here tell us they feel safe,” she said.

Eric Sampson, who owns Mom Maruca’s in Uniontown with his parents, said they’re ready to reopen, but the past three weeks have been tough. The restaurant has not had to furlough any of its 10 workers, who are now pitching in answering the phone, making salads and bringing takeout meals to customers.

He noted that many servers average about $3 per hour in salary, so they rely heavily on tips for their income. That’s why it’s so important for restaurants to reopen for dining, Sampson said, although he and others are weary Wolf may eventually shut them down again.

“We’re elated, but he’s gone back on his word before,” Sampson said. “We’re just waiting on pins and needles so we can open Monday.”

Riley George, who works at the SpringHouse in Eighty Four, said revenue has been steady since the buffet-style meals have been easily packaged for takeout while the dining room is closed. While the pandemic has cratered the SpringHouse’s catering business, store sales for other items are up.

“Most aspects of the business are the same or better,” George said. “Because of the unique way we (serve meals), it’s stayed the same.”

But the Springhouse lost something else over the past three weeks, according to fellow employee Kathy Dice. She said the sense of community that is enjoyed by many regular customers who have lunch or a cup of coffee in the dining room has been missing during the entire pandemic.

“They’re scared to come out. They’re scared of (the virus),” Dice said. “This is like a country store. Everyone’s family. That’s all gone. “

She said many people used to come visit after church or families and would enjoy big lunches to spend time visiting.

“It’s a family gathering place here,” she said. “It’s just changed so much. What can you do?”

Sampson noted that his restaurant and many others like it in Uniontown bind together a town. So he’s looking forward to a time after the pandemic is over when people can gather inside to enjoy a meal with friends and family.

“It’s cool to provide that kind of place for families in our community,” Sampson said. “Many other restaurants are similar. They’re fixtures for many families, and we don’t want to see that die. We take a lot of pride in that.”

That also why Finnegan is looking forward to reconnecting to longtime regulars when Harry’s Pizza and restaurants across the state reopen for in-person dining Monday.

“We love our customers,” she said. “We can’t wait just to see people. Now that I think of it, I’m getting excited.”