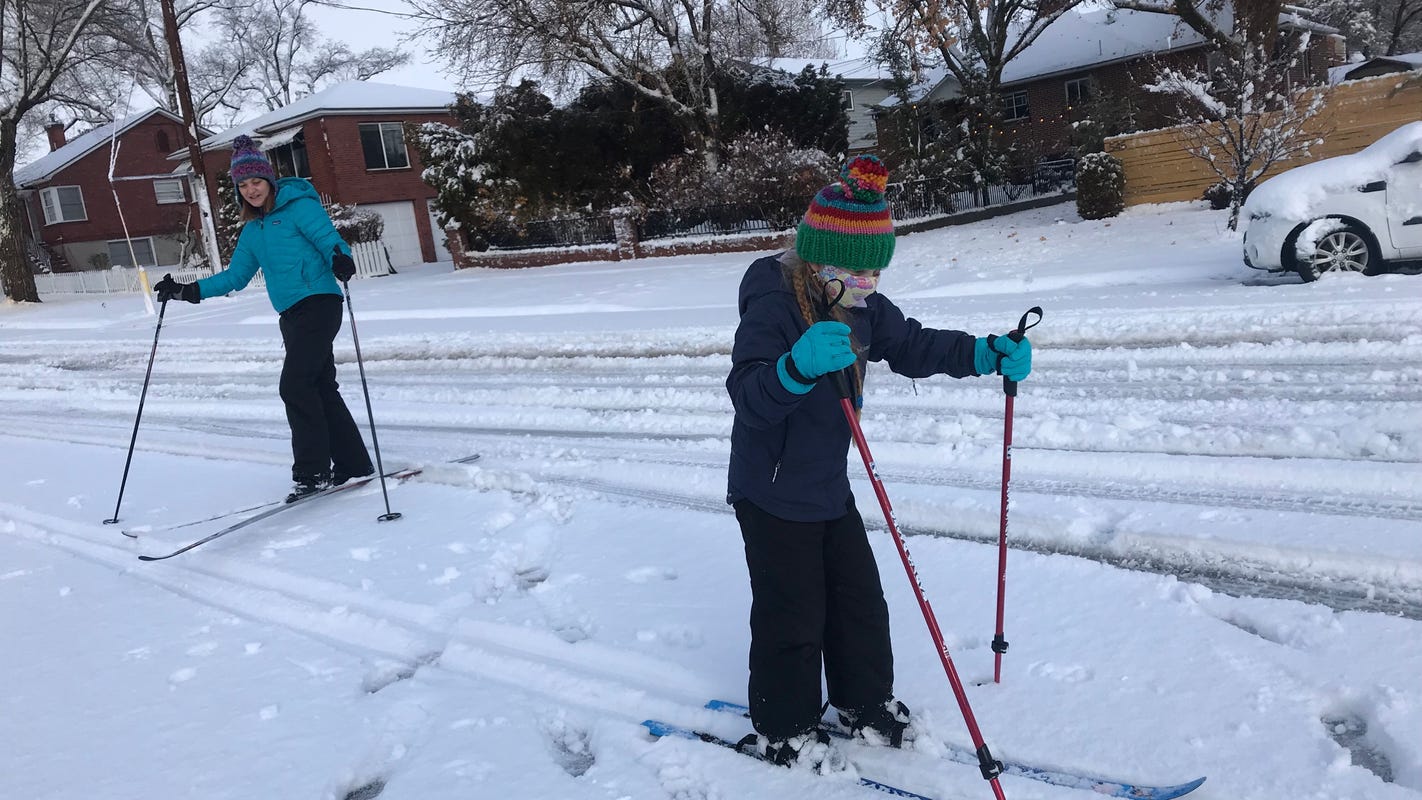 This story is part of the Reno Gazette Journal’s essential weather safety coverage and is being provided for free. Please consider subscribing to support our work.

6:35 p.m. update: Thursday is another snow day for the Washoe County School District.  The district sent a note to families at 6:30 p.m. Wednesday.  It’s the second snow day for the district this week as heavy snow and hazardous roads are expected overnight.

Classes are cancelled for all students, including those doing distance learning. The additional snow days means the district will extend the school year in June to make up for the missed days

Original post: A winter storm warning remains in effect for the Reno/Tahoe area as up to a foot of additional snow could land on valley floors through Thursday afternoon, while a blizzard warning is in effect for higher-elevation areas.

The National Weather Service is predicting 4-12 inches of fresh snow for the Reno, Carson City and Minden areas. Winds of up to 40 mph may accompany the snow, creating whiteout conditions.

The weather service continues to caution drivers to stay off the roads as much as possible due to slick conditions. As of Wednesday morning, 7.5 inches of snow had fallen at the Reno Airport, according to the weather service, with more snow coming down throughout the day.

A blizzard warning remains through Friday morning for South Lake Tahoe, Truckee, Stateline and Incline Village due to snow of up to four inches falling per hour and winds gusting over 100 mph on mountain ridges.

“This is a life-threatening situation. Do not attempt to travel,” according to the weather service. “Road crews and first responders may not be able to rescue you. Stay indoors until the snow and wind subside. Even a short walk could be deadly if you become disoriented.”

Backcountry snow users are also asked to refrain from heading into the mountains over the next few days. Multiple feet of new snow with gale-force winds will load the shallow and weak existing snowpack. Large and destructive avalanches could occur.

In addition, all area schools and at least one ski resort closed Wednesday as the region’s first major storm of the year dropped several inches to several feet of snow in the region.

Carson City School District and Western Nevada College extended their closures into Thursday as heavy snow is expected to continue.

At the order of Gov. Sisolak, all state offices closed at 3 p.m. Wednesday due to the hazardous road conditions.

In addition, Mt. Rose Ski Tahoe closed the resort due to whiteout conditions.

In addition, Gov. Steve Sisolak has ordered all state offices to close at 3 p.m. due to hazardous conditions.

Hwy. 88 near Kirkwood has reopened after being closed for avalanche danger.

8:30 a.m. update: Mt. Rose ski resort closed Wednesday due to the blizzard conditions and high winds in the forecast.

ORIGINAL: All schools are closed and travel is discouraged Wednesday as a major winter storm slams the Reno/Tahoe area.

The National Weather Service reported 7.5 inches of snow at its North Reno office as of 4 a.m. Wednesday.

Chains or snow tires are required on all area highways and interstates, and Highway 88 is closed from 3.5 miles east of Silver Lake to Kirkwood due to avalanche control.

Vehicles over 9 feet high are prohibited on Interstate 580 from Old U.S. 395 to Mt. Rose Highway due to high winds.

Winds are expected to reach 45 mph on valley floors and higher in the Sierra.

Another foot of snow is expected to fall in Reno through Thursday morning, with up to two feet in the Minden/Gardnerville area. Mountain passes will see several feet of snow.

Washoe County, Carson City and Douglas County school districts have all cancelled classes for the day. Incline Village schools will also be closed on Thursday.

The Washoe County emergency manager has issued an avalanche warning for residents in Incline Village and the Third Creek area of Crystal Bay.

According to the Nevada Department of Education, snow days are not considered “days in school” regardless of the digital ability to provide remote instruction. Therefore, snow days can’t be shifted to a 100% distance or remote learning day and will need to be made up at the end of the school year.

All Truckee Meadows Community College online classes and remote operations will continue as scheduled. However, TMCC physical locations including the child care center are closed. All face-to-face classes and on campus operations are cancelled.

The Redfield campus, Building A at 18600 Wedge Pkwy., is closed. The University’s HyFlex teaching mode is in place. Students are advised to check WebCampus for updates from instructors regarding classes.

The University is encouraging anyone who doesn’t have to travel to campus to remain remote for class and work.

Hundreds of homeless people have signed up for beds at the City of Reno’s temporary shelter after it expanded capacity for the winter while also trying to keep people socially distanced amid the COVID-19 pandemic.

More: No, you can’t drive on Dog Valley, Henness Pass roads when weather shuts down I-80

The city’s two shelters include the Community Assistance Center (CAC) on Record Street and the emergency temporary shelter on East Fourth Street.

Day areas are open to people trying to stay warm if the beds become full, and there’s room for about 30 to 35 people between the tent and CAC locations to stay warm.

Anyone in the community who needs housing assistance can contact Volunteers of America at 775-329-4141 and the Reno Initiative for Shelter and Equality (RISE) at renoinititative.org for the women’s shelter during very cold months.

Amy Alonzo covers the outdoors, recreation and environment for Nevada and Lake Tahoe. Reach her at aalonzo@gannett.com or (775) 741-8588. Here’s how you can support ongoing coverage and local journalism.