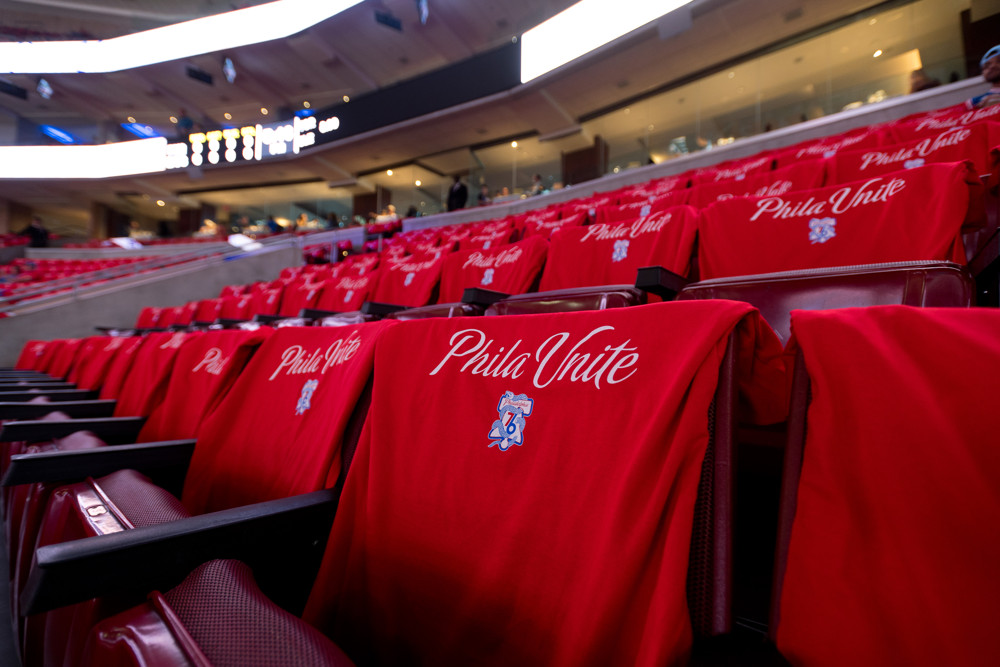 Despite the Sixers only having six players not listed as questionable or out, they will attempt to take on the Denver Nuggets Saturday afternoon.

To begin, let’s just address the Sixers’ elephant in the room.

Thursday night, the Sixers’ put on a lackluster performance against the shorthanded Brooklyn Nets. Right before the game, new Sixer and sharpshooter Seth Curry was ruled out due to “left ankle soreness.” However, right after the game, Curry was said to had tested positive for COVID-19. Due to his positive test, Curry will likely miss at least 10 days worth of workouts and games.

Due to the NBA’s COVID-19 rules and regulations, the league has to go through the contact tracing steps. Sixers’ MVP frontrunner Joel Embiid, who was sitting next to Curry on the bench during the front quarter of the Nets’ game, stated that he will put himself into a self quarantine period away from his family as well. This is an obvious move on Embiid’s part, as he is fathering a three month old newborn at home.

This being said, the Sixers have already named a total of seven players as questionable heading into this game. Obviously, if any of these guys has to miss time, this will be a huge blow to the Sixers’ success for the next week or so.

The status of Saturday night’s marquee matchup against the Nuggets is now in question as well. Back in December, a number of Rockets players were ruled out due to a positive test or contact tracing, resulting in the NBA scrapping their opener against the Thunder. As of now, that game was postponed. This will likely be the same route the league takes in the Sixers-Nuggets game, as the league is obviously more concerned about player safety than not.

However, most importantly, we hope that Curry and each player that may end up testing positive recovers to full health. The players and their family’s health is much more important than the Sixers next few games.

As of now, the Philadelphia 76ers (7-2) are expected to square off against the Denver Nuggets (3-5) at 3 PM. The team did quarantine overnight and travel back to Philly on Friday night with hopes they can still play and everyone tests negative.

So… Who’s Left for the Sixers?

Per the NBA rules, at least seven players need to be available in order for a team to play. There are only six Sixers that are not listed as questionable, putting this game in jeopardy.

The hope is that at least two of those players on the questionable list can suit up. Honestly though, it’s probably better off if this game gets postponed for the all of the players’ sakes on each team.

UPDATE: As of noon on Saturday, the Sixers have nine eligible players, per Woj. As he follows up, this does not mean these players will play today, rather they are eligible to so the game can carry on.

The Nuggets Season So Far

Denver has not had an optimal start to the season so far. Two of their three wins have come against a back-to-back against Minnesota (2-6), with the other coming against Houston (2-4).

The Nuggets are led by all-star center Nikola Jokic. Jokic, who is debated against Embiid for the title of best big man in the NBA, is averaging a triple double on the season. He’s paired with Jamal Murray, who’s averaging 22 points per game himself.

Most of Denvers’ problems are due to their lack of defense so far this season. Despite sitting top four in points for per game, they also sit in the bottom 10 for points allowed per game. If the Sixers were at full strength, they would probably feast on the Nuggets- no pun intended. The Sixers display both a top ten offense and defense, just like Doc Rivers wanted.

There are no lines set for this game for plenty of good reason.

Simple answer here: don’t bet this game. Go use your money on the NFL Wildcard games. This game may not even be played.

The most likely prediction for this game is that it isn’t played, but for the sake of optimism on the league’s part (I guess?), it’s still on as of now.

If this game is a go somehow, the Nuggets at full strength will likely decimate the Sixers’ second and third stringers. Ben Simmons is the only starter that is not listed on any type of report. It’s genuinely not worth getting our hopes us for this game. The focus should be on the players being and staying healthy, not a random Saturday afternoon regular season game.

Nuggets will win this one if it’s played, but it’s essentially meaningless. Even if the Sixers manage to pull this one off, it isn’t a true indication of what this team is. Let’s all just hope the rampant COVID cases around the NBA– and the world- can come to a halt sooner than later.