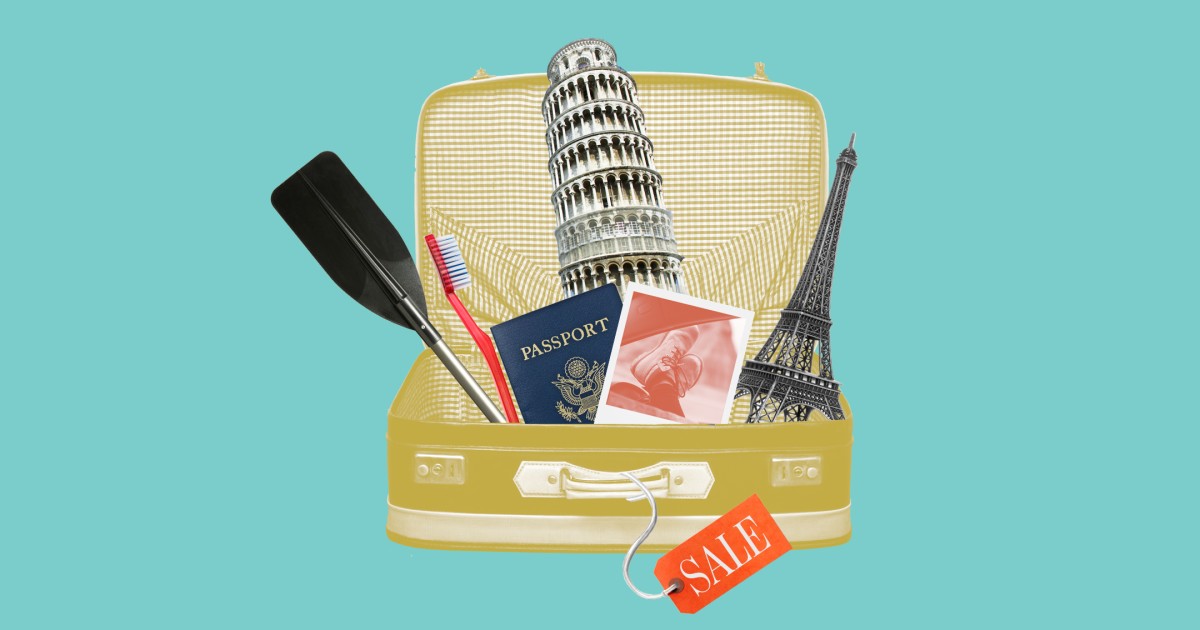 Solo travel offers a fringe benefit: It allows you to be selfish. You can do whatever you want whenever you want.

Hmmm … that sounds a lot like our current lifestyle in quarantine. Want to eat lunch at 4 p.m.? Do it. Want to skip the workout and watch TV instead? Why not? There’s no one around to shame you.

Social distancing — especially for singles — can be a lonely proposition. But it also reaffirms some of the benefits of being alone. You don’t have to worry about someone else’s sleep schedule, hourlong baths or habit of leaving pistachio shells everywhere.

Perhaps those are reasons solo travel is expanding despite the coronavirus’ overall effect on the travel landscape. Going it alone has definite pluses, and tour operators are seeing an uptick in solo-cation bookings. Granted, many of the trips are six months or more in the future, but companies report a definite trend. And they’re adding perks to sweeten the deal.

The bargains are all over the map, literally, and appeal to a wide range of travelers. There are camping deals for solos; mini-tours for beginning travelers ages 18 to 29; bike tours for cyclists who delight in hitting back roads; and European odysseys for people who have missed the cities, museums and rivers of the Continent.

Overseas Adventure Travel, known for its small-group tours, has seen solo bookings mushroom, with more than 24,000 single travelers signed on for 2021. Chief Executive Brian Fitzgerald attributes the surge to pent-up demand for travel and notes that he’s not surprised because “solo travelers tend to be resilient and independent.”

The organization has boosted availability for singles by 76% over 2019 and is offering many low-cost single supplements, the bane of solo travelers, or waiving them altogether. The supplement is a premium charge that tour companies or cruise lines levy on singles because they’re the sole occupant of a room.

But the pandemic’s fallout has erased some single supplements. Even Cox & Kings, one of the oldest premium tour companies in the world, has eliminated some of its extra charges for singles after conducting a May survey that indicated its clients were clamoring for solo opportunities. “The market,” said spokeswoman Sue Livsey, “is very, very robust.” Among the tours without a supplement is a Panama and Costa Rica adventure.

That means travelers can find good deals by shopping for tour operators and cruise providers that waive the single supplement, offer smaller rooms or help you find a roommate.

One place to start is the website Solo Traveler, which features tours, cruises and other travel products for singles. The site emphasizes tour companies that have no or low (less than 20%) single supplements, said Tracey Nesbitt, the editor. Listings are updated monthly and emailed to 55,000 subscribers.

Nesbitt is a confirmed solo traveler herself. “I learned right away, on my first international trip with a friend, that traveling on my own would be my preference going forward. The freedom to do and see what I want; to change plans on a dime if I discover something new along the way; to learn about myself and what I am capable of — this is what I love about solo travel.”

Besides overseeing the website, Nesbitt moderates the Solo Travel Society Facebook page, which has more than a quarter of a million followers — nearly half of whom are millennials, Nesbitt said.

”Our readers are itching to get out there again as soon as it is deemed safe to do so. For now, the focus may be on domestic travel, or saving for bigger bucket list or luxury trips, but many are expecting to return to international travel next year.”

The pandemic, of course, put everything on hold. But solo travel was gaining in popularity even before the coronavirus hit. The last few years were good ones for singles, with tour companies and cruise lines starting to reduce single-supplement charges.

A few river cruise lines offer such deals, including AmaWaterways, which has a solo travelers special with 25% to 50% off single supplements. In addition, the line has some single-occupancy staterooms that require no supplement payment.

Riviera River Cruises is taking its program one step further: The line is eliminating all couples from eight European cruises planned for 2021. All cabins and suites on the ships will be filled by solo travelers. Instead of 169 passengers, the ships will carry 88. And solos won’t have to pay a single supplement.

Here’s a sampling of some other travel deals offered by companies that specialize in solo travel: