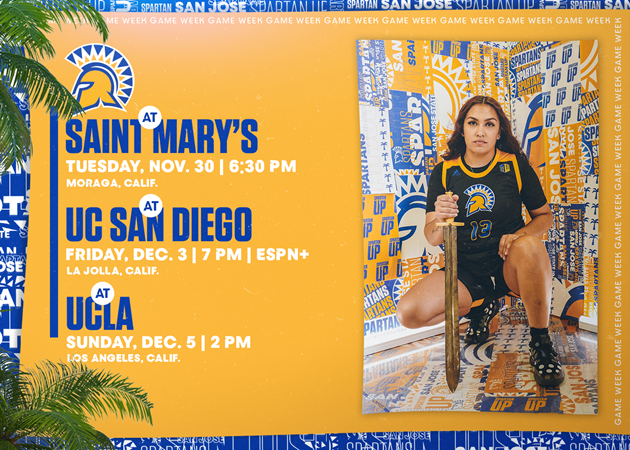 SAN JOSE, Calif. –  San José State women’s basketball is back out on the road this week. The Spartans kick off their road trip 40 miles north in Moraga for a date with Saint Mary’s on Tuesday evening, November 30. Tip off is set for 6:30 p.m. at UCU Pavilion and a livestream will be available on the West Coast Conference (WCC) Network.

?? Coach Craighead (@SJSU_CoachJC) gives her thoughts ahead of this week’s matchups! pic.twitter.com/dad9bsnpV9

The History
The Spartans are 2-10 all-time against Saint Mary’s. The two last met on December 3, 2016 where the Gaels came out with an 85-64 victory. Saint Mary’s shot 60-percent from the field and scored 26 of their 28 two-point buckets in the paint in the contest.

Follow along with the Spartans women’s basketball program all season on social media for news, player highlights, game information and more: @SanJoseStateWBB on Twitter and @sjsuwbb on Instagram