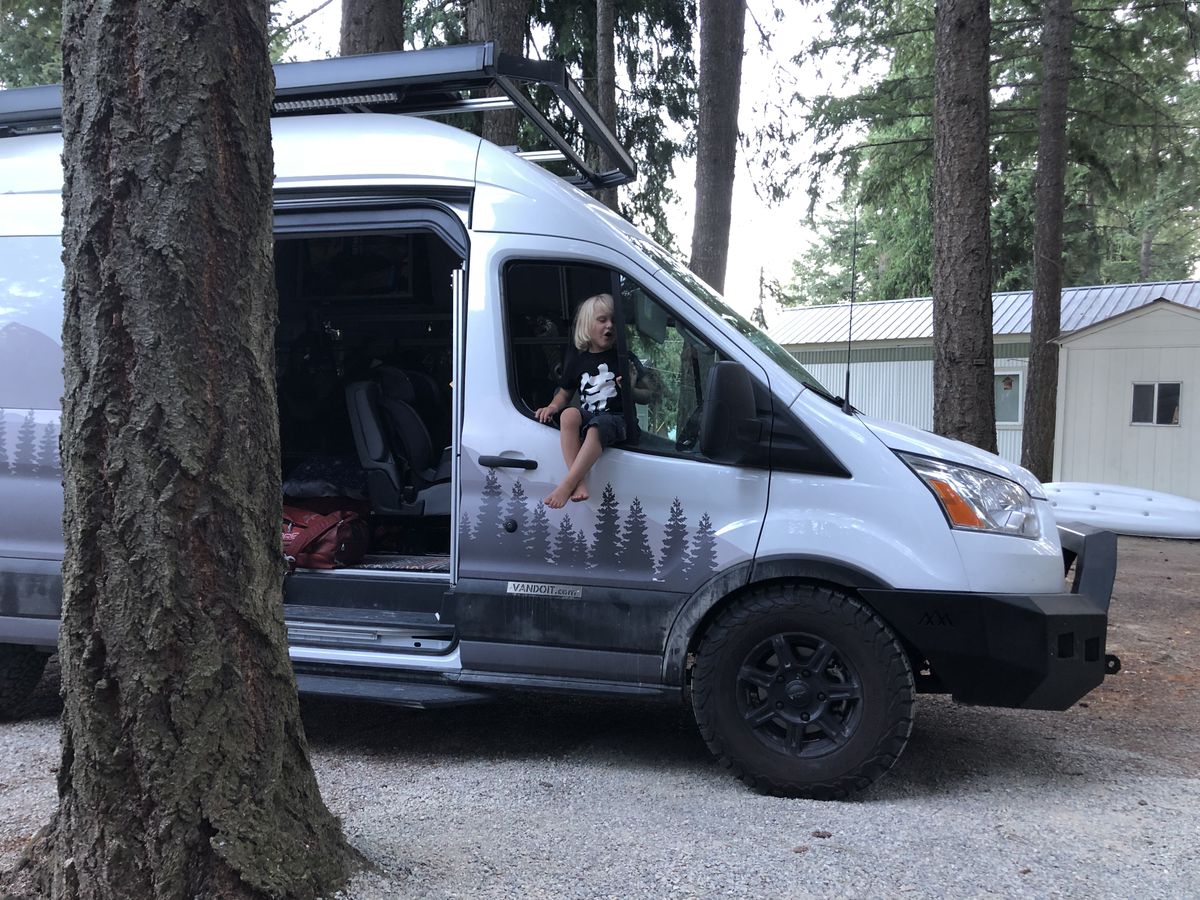 Late December is an inherently social season. Religious gatherings, caroling and family reunions are part of the holiday experience. However, the novel coronavirus has eliminated the familiar. Indoor interaction for those beyond members of the same domicile is verboten.

An inventive West Central family has figured out a way to hang out with their family on Christmas Day. Shallan Knowles and her husband, Derrick Knowles, will spend time with their loved ones at Farragut State Park in Athol.

Shallan Knowles plotted the get together with safety as top priority. Her family has been extra cautious since the start of the pandemic.

“We have taken this very seriously,” Knowles said. “We have a child (5-year old Remington). We have had no one inside of our house, and we haven’t been to anyone’s house since this all began. We’ve had as little social interaction as possible.”

The Knowles, who publish “Out There Outdoors,” an adventure, travel and lifestyle magazine, have hit the trails in and around Spokane. “We did go mountain biking and backpacking with friends during the summer, but we were really careful,” Knowles said. “We took a family camping trip to Priest Lake for a birthday party.”

Everything was calculated. “We took no chances since our son sees his grandparents, and we don’t want to jeopardize their health or their relationship. We didn’t want anyone to get sick. As a business owner, we would have to shut down, and it would be very difficult for our magazine to continue.

“It’s a full-time job for my husband and I, and it’s very difficult to put out a magazine. Being careful is also about our own health. We don’t know the long-term impact of COVID. What if we learn there is a long-term lung issue, which jeopardizes our love of the outdoors?”

So the outdoors, despite weather conditions, is where the Knowles family will set up a campfire, bar and exchange presents on Christmas.

“It’s a short drive from home to Farragut,” Knowles said. “We chose it because most of my family are from Idaho. My mom and her husband, her husband’s daughter and son and their mother and Derrick will be there. We’re going to load up our camper van and have fun. We’ll all be socially distant. There will be a crock pot and a chili bar.”

The Knowles family always hikes in the Coeur d’Alene area on Christmas Day anyway. “It’s a tradition,” Knowles said. “When I was growing up with my mother, we would go down to Mica Flats, and I would bushwack my way down. My mom is always hiking around Coeur d’Alene. It’s always a great time.”

Knowles, 43, encourages folks to hit trails with loved ones during the holidays. “It’s better than a Zoom Christmas,” Knowles said. “You get to go out where it’s safer and get some fresh air.

“Depression can be linked to a lot of different things. Being socially isolated can be one of those things. Being social outdoors is a step in the direction of some sort of normalcy. It beats being stuck in a house when, around this time of year, you yearn for social interaction. I come from a family of problem-solvers.”

“There hasn’t been much that has been magical in 2020, but if you think about it and come up with a plan, there’s a way to still have a great Christmas. Get out there and go for a hike or bike somewhere on Christmas Day and that week. If it’s cold, dress in layers. If it snows, that makes it even nicer. Make the most of it. Be inventive, but the most important thing is to stay safe.”

If you would like to find your own private Idaho, there’s Farragut State Park, Heyburn State Park and Ponderosa State Park.

Farragut State Park (parksandrecreation.idaho.gov/parks/farragut/, 135550 ID-54, Athol) is a 4,000-acre park with ample campgrounds and cabins. The park is located on the idyllic southern tip of Lake Pend Oreille in the Coeur d’Alene Mountains. There’s plenty of fishing, hiking, biking and World War II history to immerse yourself in during your stay. The park was a World War II-era naval training station.

Heyburn State Park (parksandrecreation.idaho.gov/parks/heyburn/, 57 Chatcolet Lower Road, Plummer), less than an hour from Spokane, is the oldest park in the Pacific Northwest. The towering Ponderosa pines share space with meadows that are filled with flowers. There is camping space and cabins. Take advantage of hiking and biking trails. But it’s most fun to kayak on the three bodies of water: Chatcolet, Benewah and Hidden lakes.

Ponderosa State Park (parksandrecreation.idaho.gov/parks/ponderosa/, 1920 Davis Ave., McCall) is a healthy drive away. But after traveling 4½ hours, indulge in hiking and biking. It’s a fun park to visit during winter since you can Nordic ski on well-groomed trails or snowshoe on designated paths.