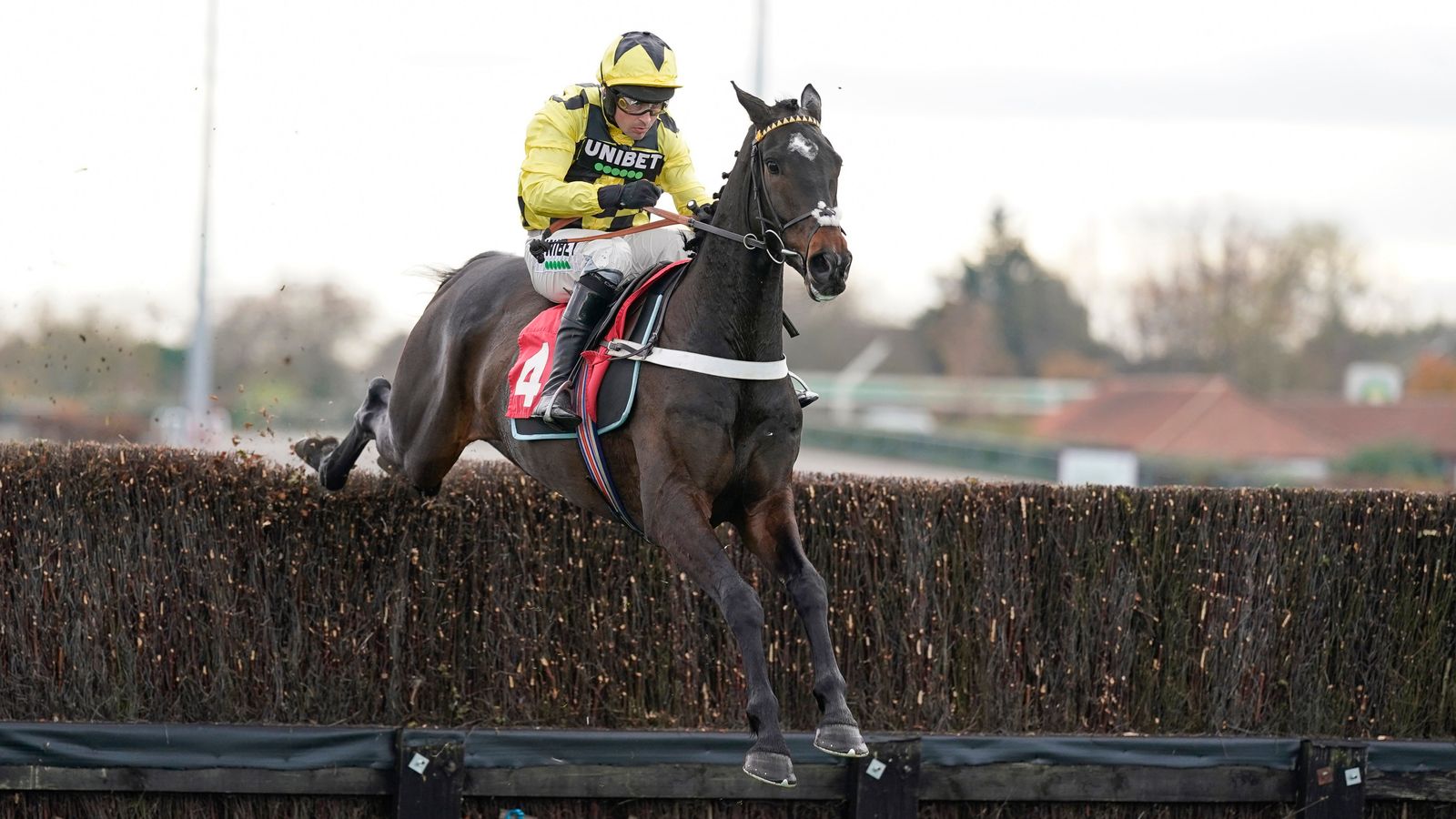 Nick Robson has a big-price fancy for the Coral Welsh Grand National and a tip for every race at every meeting in the UK and Ireland.

Bobo Mac can cause a minor surprise in the Coral Welsh Grand National at Chepstow.

Trained by Tom Symonds, who is comfortably having the best season of his career and has a genuine Champion Hurdle candidate on his hands in Song For Someone, the nine-year-old looks sure to be suited by the marathon test.

Always quite highly regarded, he has probably never won the volume of races his talent suggested – but that said he did run better than the finishing position suggested last time out.

That came in the trial for this race over just short of three miles, and he should be suited by the extra five furlongs.

The winner, Secret Reprieve, does look incredibly well treated with just a 4lb penalty, although the bigger field and longer trip might not be in his favour whereas the more battle-hardened Bobo Mac has seen it all before.

Stamina will also be required by the juveniles, albeit over only two miles, in the Grade One Coral Finale Juvenile Hurdle.

Elham Valley demonstrated his fair share of that vital Chepstow commodity when winning on his hurdles debut at Sandown for Fergal O’Brien this month – and in the absence of any Irish contingent, because of current travel restrictions, the grey’s hard-fought win over Hudson De Grugy and the re-opposing Yggdrasil reads well here.

It is impossible to suggest going against Shishkin in the Ladbrokes Wayward Lad Novices’ Chase.

Last season’s Supreme Novices’ Hurdle winner made a flawless switch to fences just over a month ago and if he turns up in the same sort of form again he looks sure to outclass his rivals.

A bit like when Sprinter Sacre was running over timber, despite Shishkin showing he was top-class at jumping hurdles, he looked made for fences and actually achieved more than the former Seven Barrows inmate by winning the Supreme.

His even more exalted stablemate Altior gets to strut his stuff in the Ladbrokes Desert Orchid Chase.

Plenty of column inches were written about his no-show in the Tingle Creek, after which Henderson nominated this as his next target.

Usually that would be enough to scare serious contenders away, but he was due to meet the first two from the Shloer Chase, Put The Kettle On and Duc Des Genievres.

Unfortunately the aforementioned travel ban has scuppered plans for the mare Put The Kettle On, but the former Willie Mullins inmate Duc Des Genievres, who did win an Arkle, should at least stop it from being a walkover.

Chris Gordon’s Commanche Red beat Simply The Betts by nine lengths at this time last year but not much has gone right since.

He has been dropped 5lb, however, and a return to Kempton for the Ladbrokes Committed To Safer Gambling Handicap Chase may see him return to winning ways.

The handicapper has also finally relented with Marracudja, after he finished a relatively close third in the Clarence House Chase at 66-1.

That forced his mark up from 143 to 154 but he runs in Wetherby’s William Hill Castleford Chase off 137 and hinted at a return to form at Newbury last time out.

Chacun Pour Soi was well beaten into second in the Paddy’s Rewards Club Chase at Leopardstown last year – but while he will need to improve on what he showed first time out this season, the odds are that he will go one better.

Ballyadam and Appreciate It clash in the Paddy Power Future Champions Novice Hurdle – and despite both needing further to be seen at their best, the experience Ballyadam already has as a Grade One winner tips the scales in his favour on this occasion.