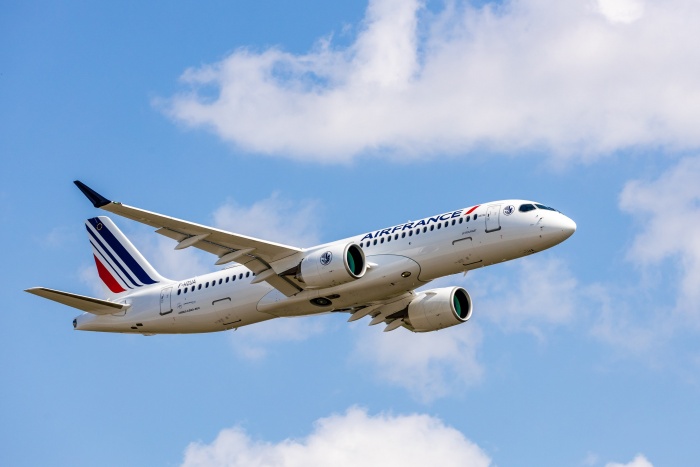 Air France has received its first A220-300 from Airbus.

The flag-carrier has 60 aircraft of the type in production, the largest A220 order from a European carrier.

The aircraft was delivered from Airbus’ final assembly line in Mirabel, Quebec, Canada and officially unveiled to the public during a ceremony held at Paris Charles-De-Gaulle Airport.

The A220 is the most efficient and flexible aircraft in the 100 to 150 seat market segment today.

The renewal of the Air France single-aisle fleet with this latest generation aircraft will increase efficiency along with customer comfort and support Air France to meet its environmental goals and sustainability objectives.

The first Air France A220-300 will be operated on its medium-haul network from the 2021 winter season.

Air France is also renewing its long-haul fleet, and has already taken delivery of 11 A350s out of an order of 38.

The Air France A220-300 cabin is configured in a single-class layout to comfortably welcome 148 passengers.

As of the end of August, over 170 A220s have been delivered to 11 operators worldwide.