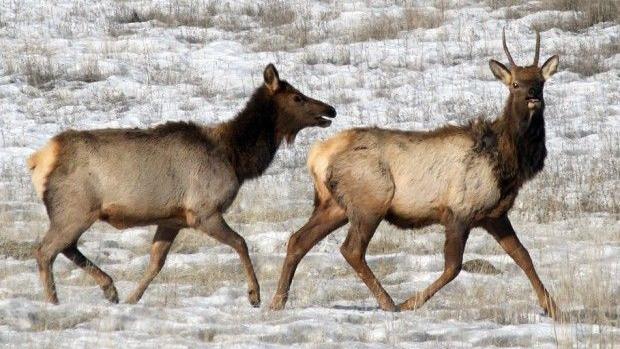 *Shooting and/or hunting is prohibited in developed recreation sites and trailheads including Lake Como and Bass Creek Recreation Areas.

*Be aware that there may be bears in the area, store food properly. Also, carcasses should not be closer than 100 yards to your sleeping area.

*Your cell phone can save your life, but don’t depend on having sufficient coverage, particularly in remote parts of the Bitterroot National Forest.

*Follow the ‘Pack It In, Pack It Out’ and ‘Leave No Trace’ principles while camping.

*Campers, hunters, and others are not allowed to camp for more than 16 consecutive days in one location. New camps must be located five air miles from the previous camp.

*Choose a site for a campfire carefully, near water if possible, and clear it of any combustible material. Remember, just because it’s cold in the morning doesn’t mean fires can’t spread quickly! NEVER walk away from a smoldering campfire. ALWAYS make sure a fire is dead out. 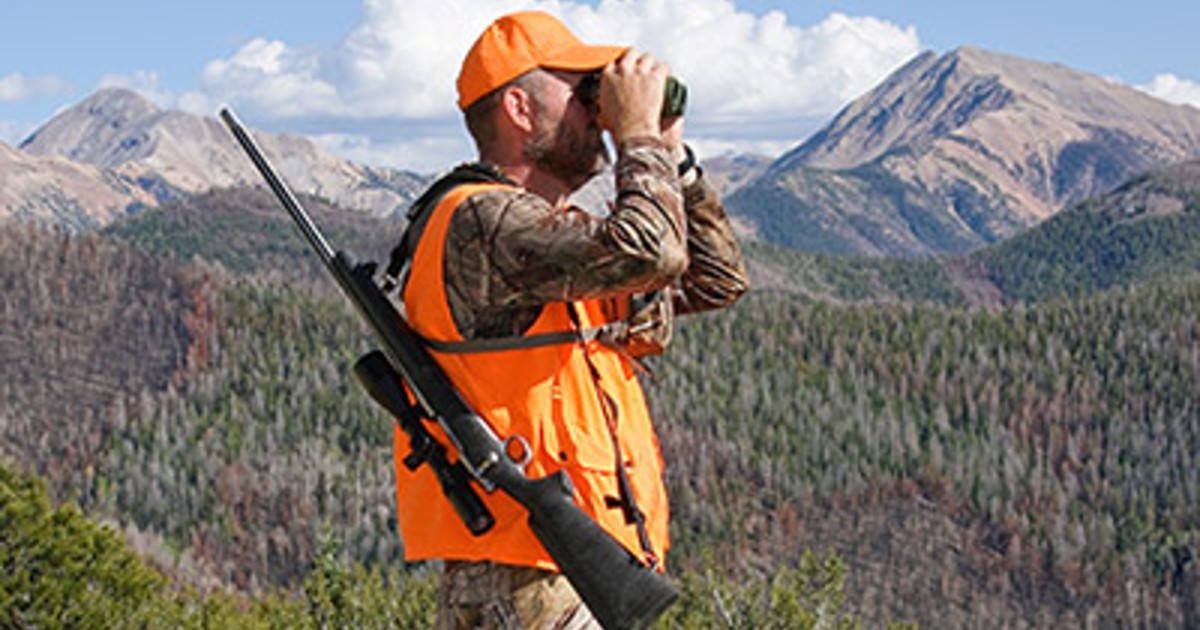 HAMILTON — The Bitterroot National Forest is offering up some tips for hunters who are planning to head into the backcountry.

In order to protect our public lands and natural resources, the Forest would like to remind visitors of the importance of using designated routes. To that end, there have been a number of changes to our road system as a result of the Travel Management Plan. The travel plan designates 2,246 miles of forest roads and trails open to motorized use. These areas are designated on a Motor Vehicle Use Map (MVUM) now available free of charge at all Bitterroot NF offices and online. MVUMs are also available for free at the Avenza Store. The maps identify which areas are open to motorized use, the types of vehicles allowed and any seasonal restrictions that apply.

All forest recreators are responsible for knowing which roads are open to motorized use. A road without a gate, barrier or sign does not imply that the road is open. Seasonal use restrictions are important for wildlife. Please do not ruin another user’s experience to enhance yours.

All vehicles must stay on existing routes and not drive cross-country. Many seasonal use restrictions include the period from October 15 to December 1. These types of restrictions help to reduce hunting pressure on big game animals and allow Fish, Wildlife & Parks to maintain desired elk numbers and herd structure. Do not drive around barricades, gates, or snowdrifts. Barricades and gates are meant to close a road, frequently for the benefit of wildlife. Violations of these closures can result in fines. Check the MVUM for the travel rules in your areas of interest.

People are asked to notify the US Forest Service if a violation or resource issue is observed (example, driving behind a locked gate, camping for more than 16 days, tree blocking road, washout, etc.) If you witness a hunting violation, call (800) TIP-MONT. In case of emergency, dial 911 or contact Ravalli County Sheriff’s Office at (406) 363-3033.

If you use horses, mules, goats, or llamas anywhere on National Forests, you’re required to bring in only certified weed-free hay, cubes, pellets, or grain. In the past, contaminated feed introduced invasive weeds to many prime wildlife backcountry areas. Help stop new invaders from getting started.

Power wash the undercarriage and inside/outside of the bumpers of your trucks, horse trailers, ATV’s, or other vehicles you drive into the hills. Invasive weed seed can travel over a thousand miles on vehicles and bounce out at the wrong time on our rough mountain roads.

In Montana, outfitters and guides must be licensed to operate on federal, state, as well as private lands unless it’s their own. Be sure your guide or outfitter is licensed. Call the Montana Board of Outfitters at (406) 841-2304 or Idaho Outfitter and Guide Licensing Board at (208) 327-7380 for more information.

Finally, beginning this fall, you may see Bitterroot NF employees wearing bright orange vests and working in recreation sites and along Forest Service roads. They are conducting National Visitor Use Monitoring (NVUM) Program surveys which are done every five years. The surveys provide forest managers with an estimate of how many people recreate on federal lands and what activities they engage in while there. All information you give is confidential and the survey is voluntary.

People can contact their local District office for updates and more information.


Weeks after Gabby Petito’s fiancé Brian Laundrie went missing, his parents have said they do not have any idea about his whereabouts.

n a statement released on Monday, parents of Mr Laundrie said: “Chris and Roberta Laundrie do not know where Brian is. They are concerned about Brian and hope the FBI can locate him.” Mr Laundrie is a person of interest for investigative agencies in Petito’s mysterious death.

The family’s attorney also squashed allegations that Mr Laundrie was aided by his parents in his escape from arrest or possible action from police authorities as “just wrong.”

Mr Laundrie’s parents did not assist him in leaving the family home or in avoiding arrest on a warrant issued after their son fled, the statement read.

In their conversation with police on 17 September, shortly after Mr Laundrie went missing within days of coming back from the road trip he had taken with Ms Petito but returned without her, Chris and Roberta Laundrie said they did not know about their son’s whereabouts and had not seen him for a few days.

The Federal Bureau of Investigation (FBI) has now been roped in officially for leading the search for Mr Laundrie, announced North Port Florida police department.

In a suspicious turn of events, “Dog the Bounty Hunter” provided a new unknown and unconfirmed lead on the Laundrie family.

Duane Chapman, a television personality and a “bounty hunter” by profession, said that the three members of the Laundrie family were camping at Fort DeSoto campground on two instances earlier this month — on 1 and 3 September and 6 and 8 September.

This is also around the time when Laundries’ neighbour claimed to have seen the family leave in a mini camper.

Mr Chapman, claiming to have evidence on the family’s getaway, said that he had alerted the authorities.

The bounty hunter landed at the Laundries’ doorstep over the weekend assuring the family of his help in bringing their son back. Photographed outside the Laundries’ house in Florida, Mr Chapman was seen knocking on the door but within minutes, Mr Laundrie’s mother Roberta called 911, asking for him to be removed from her property.

Petito, 22, died on a road trip she took with her partner Mr Laundrie to travel 2,328 miles across the country.

The two had set out in early July from their homes in a mini camper and documented their travel tales on social media but evidence shows things turned violent and difficult between the two in August when police officers in Utah spotted them in a physical altercation and intervened.

Mr Chapman announced on Saturday he was joining the search for Brian Laundrie, and says he’s already received 1,000 tips in relation to the case.

Speaking to Fox News on Monday, Mr Chapman said it was a shame Mr Laundrie’s parents wouldn’t speak to him.

“The police said we were welcome to knock on the door so we did. I wanted to tell the Laundries that our goal is to find Brian and bring him in alive.”

North Port Police spokesman Josh Taylor said they treated 911 calls from Mr Laundrie’s parents like they would from anyone else.

“We’ve been called to the house numerous times for all sorts of issues. Media, protesters, celebrity searchers,” Mr Taylor.

“It’s not something normal. If the family calls and is concerned, we will respond like we would for anyone.”

Mr Chapman said he and wife Francie were on his honeymoon in Colorado when they were bombarded with requests from fans to join the search for Mr Laundrie.

Mr Chapman set up a special hotline on Saturday and said he was working through the more than 1,000 leads he had already received.

“I would say within 48 hours we probably will have a location where we start the tracking at.”

Leads suggested he may have headed for the Appalachian Trail.

“He can’t stay in cheap motels and… rob people like a lot of people I chase. This kid is an outdoorsman, so I think he went to where he is comfortable, to the outdoors.”

Mr Chapman said the case was personal to him as he lost a daughter Barabara Katie in a car accident in 2006 who was the same age as Gabby Petito.

On Monday afternoon Mr Chapman’s daughter Lyssa tweeted: “I can CONFIRM @DogBountyHunter has a HOT lead on Brian’s location. Dad has alerted the proper authorities. Say a prayer guys. This could be it.”

Petito’s funeral was held on Sunday where she was honoured with a memorial service. Her father, Joseph Petito, asked people to leave abusive relationships.

Meanwhile, the chief of the Moab Police Department is taking a leave of absence just days after city officials announced that the officers involved in handling the 12 August domestic violence incident between Gabby Petito and Brian Laundrie are being investigated.

Bret Edge, the Moab Police chief, has requested a leave of absence that began on Monday under the Family Medical Leave Act, Fox News first reported.

Lisa Church, communications director for the City of Moab, didn’t clarify whether the leave of absence had anything to with the investigation.

The problem is that since bison can be hunted on the adjacent national forest, they have quit roaming and — essentially — made their home in the Grand Canyon, according to an Associated Press report. As a result, the bison create ruts in meadows, spoil ponds and rivers, and even trample archaeological sites, NPS reports.

“Areas are really taking a hit,” Alicyn Gitlin, Grand Canyon Program Manager for the Sierra Club’s Arizona Chapter, told USA Today. “Twenty years ago, I remember going up to the North Rim and just being overwhelmed with the beauty of all these wildflowers and meadows and rare plants. When I went back … it was heartbreaking to me because everything looked like a cow pasture.”

In the early 1900s, 86 bison were introduced to northern Arizona as part of a ranching operation to crossbreed them with cattle, NPS explains.

The NPS has conducted aerial surveys and estimates there are now somewhere between 400 to 600 bison — and the herd could grow to as many as 1,200 to 1,500 within 10 years. The problem, however, is that while the herd had been migrating between the Kaibab Plateau and the North Rim of Grand Canyon National Park, they have essentially stayed in the national park since 2009.

Put simply, a herd of that size staying in one place is destructive to the area. First, as bison activity increases, it causes soil disruption, NPS explains. Soil disruption not only allows exotic species to be introduced to the area, but it also limits the growth and diversity of native plant species.

The Arizona Game and Fish Commission and the National Park Service are already creating a pool of 25 qualified applicants to hunt the bison. Then, from that pool, 12 people will be chosen by random lottery to participate in the hunts this fall. Applicants can head here.

It should be pointed out that hunting bison is not the only way to reduce the population. The park has also held two successful live capture and relocation operations and has transferred 88 bison through the InterTribal Buffalo Council to five different tribes in four different states. Park management expects to continue yearly live capture and relocation operations until bison population reduction goals are met. 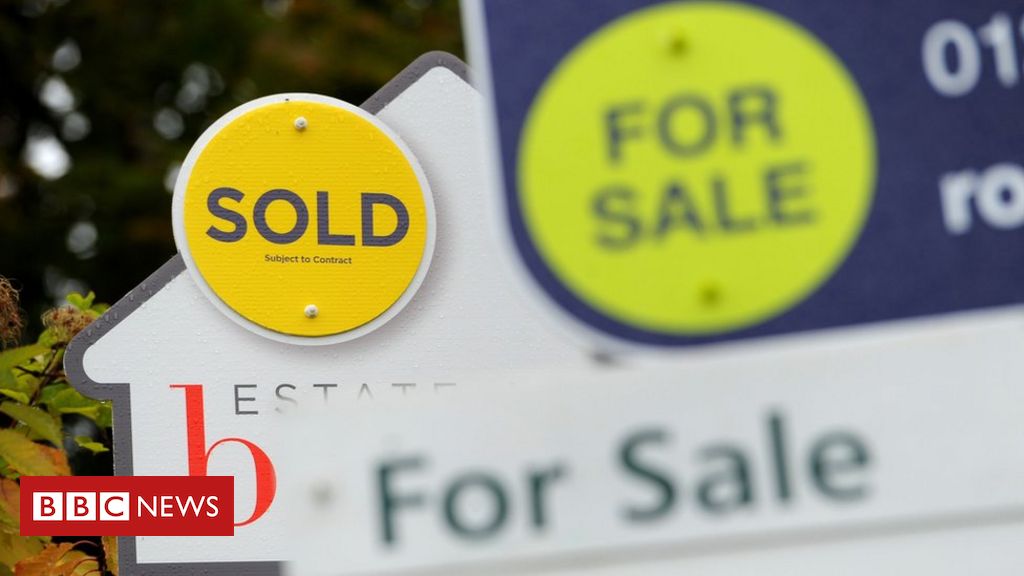