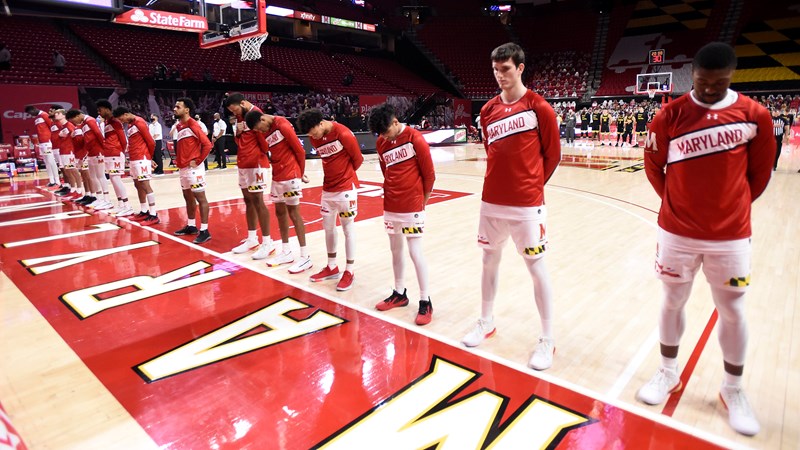 COLLEGE PARK, Md. – The Maryland men’s basketball team hits the road for Champaign, Ill., as it faces 12th-ranked Illinois Sunday evening at 8:00 pm EST. The game will air on Big Ten Network and will also be broadcasted live on the Maryland Sports Radio Network.

Even though fans will not be able to cheer on the Terps from the stands, you can still be a part of the gameday experience by participating in our Virtual Sellout. or purchasing a Terrapin Cutout. Click here to learn more. CHAIRMEN OF THE BOARDS