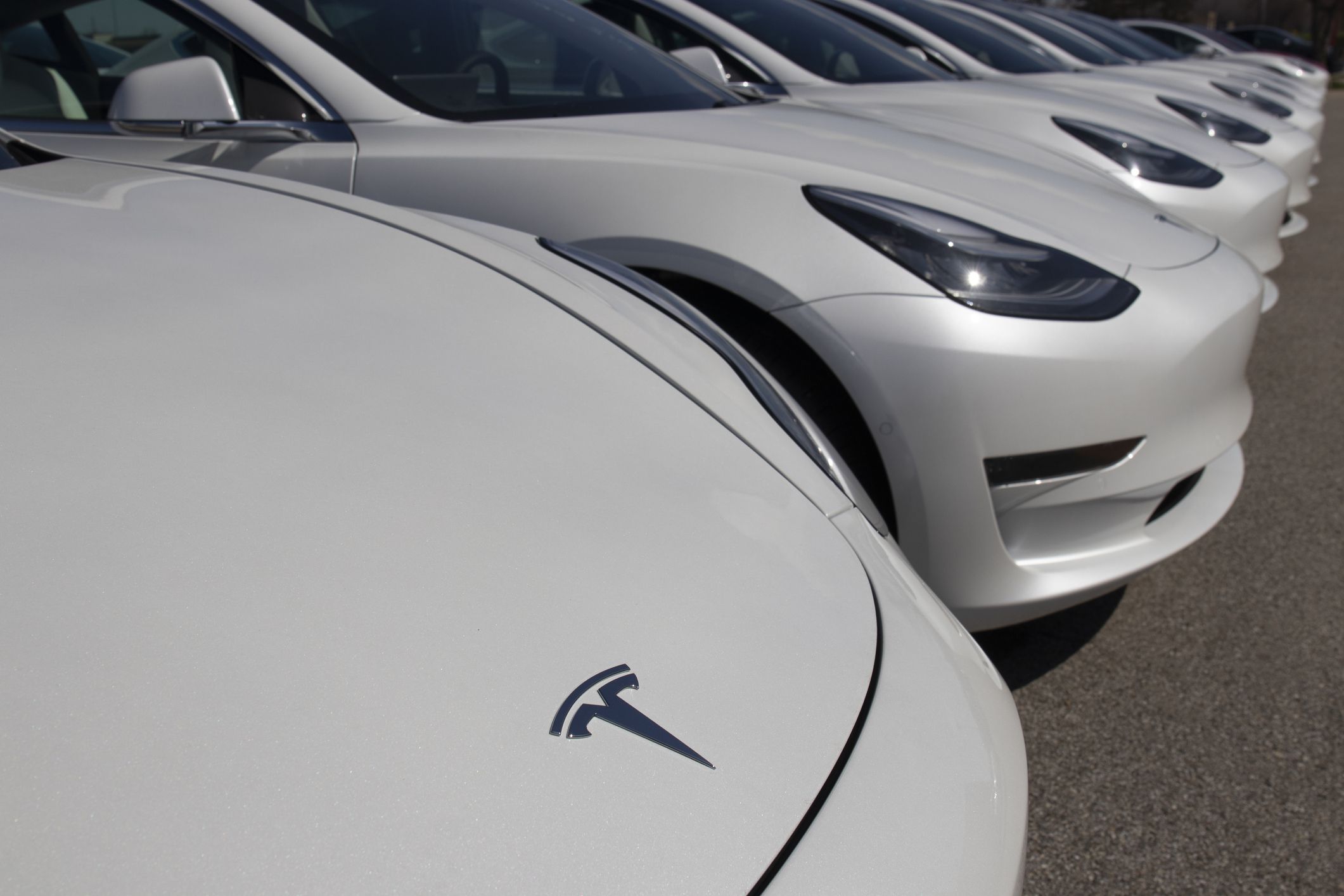 Tesla, Inc. (TSLA) is trading lower by 3% in Thursday’s pre-market after missing fourth quarter 2020 profit estimates by $0.23 per share, earning just $0.80 per share. Revenue rose 44.9% year over year to $10.7 billion, greater than $10.38 billion consensus estimates. Gross margin fell to 24.1% from 27.7% in the third quarter, while deliveries surged 61% year over year to 180,667, underpinned by 75% growth in Model 3 deliveries. Average selling price fell 11% due to the sales shift into cheaper models. CEO Elon Musk now projects 50% annual growth in vehicle deliveries.

The electric vehicle (EV) manufacturer has been profitable for six quarters in a row, but accelerating sales of regulatory credits have underpinned some of the green ink, clouding the balance sheet. That revenue surged 202% to $401 million in the fourth quarter. China sales continued to grow at a healthy pace, with many analysts forecasting that 40% or more of total sales will come from that part of the world by 2022.

JMP Securities downgraded Tesla stock to “Market Perform” after the release, and other analyst calls are likely to follow on Thursday. Wall Street consensus now stands at a mixed “Hold” rating, based upon 11 “Buy,” 1 “Overweight,” 15 “Hold,” 3 “Underweight,” and 8 “Sell” recommendations. Price targets currently range from a low of just $67 to a Street-high $1,036, while the stock is set to open Thursday’s session about $300 above the median $515 target.

Gross margin is a company’s net sales revenue minus its cost of goods sold (COGS). In other words, it is the sales revenue a company retains after incurring the direct costs associated with producing the goods it sells and the services it provides. The higher the gross margin, the more capital a company retains on each dollar of sales, which it can then use to pay other costs or satisfy debt obligations. The net sales figure is simply gross revenue, less the returns, allowances, and discounts.

The stock took off in a historic advance in the second quarter of 2013, lifting from a split-adjusted $6.76 into the upper $50s in 2014. Price action then settled into a trading range, bounded by resistance at that level and support in the mid-$30s. A breakdown into the first quarter of 2016 got bought aggressively, returning price to range resistance, ahead of an April 2017 breakout that added about 25 points before stalling a month later.

Four breakout attempts into the fourth quarter of 2018 failed, ahead of a breakdown that dropped the stock to a two-year low in 2019. That marked a historic buying opportunity, ahead of a powerful buying wave that reached $194 in February 2020. The stock fell more than 120 points during the pandemic decline and recouped that loss in June, setting off a multi-wave uptrend that posted another all-time high in Monday’s session.

The September into November symmetrical triangle pattern worked off extremely overbought readings through time rather than price, revealing intense demand when most analysts expected a deeper correction. The stock more than doubled into January 2021, perhaps signaling a buying climax, ahead of more sedate price action. However, it’s too early to put a nail in Tesla’s rally coffin, given the plethora of failed bets against the stock in recent years.

Even so, a few red technical flags have turned up in recent weeks. For starters, the January monthly price bar is 100% outside the top Bollinger Band®. This has been an extraordinarily reliable sell signal, so the overnight selloff has the capacity to turn into a multi-day rout. In addition, broad price structure since June 2019 has carved an Elliott five-wave advance, with the fifth and final wave marking the potential ending point for the uptrend.

An impulse wave pattern is a technical trading term that describes a strong move in a financial asset’s price coinciding with the main direction of the underlying trend. It is used frequently in discussion of the Elliott Wave theory, a method for analyzing and predicting financial market price movements. Impulse waves can refer to upward movements in uptrends or downward movements in downtrends.

Tesla is selling off on Thursday morning after failing to meet fourth quarter profit expectations.

Disclosure: The author held no positions in the aforementioned securities at the time of publication.