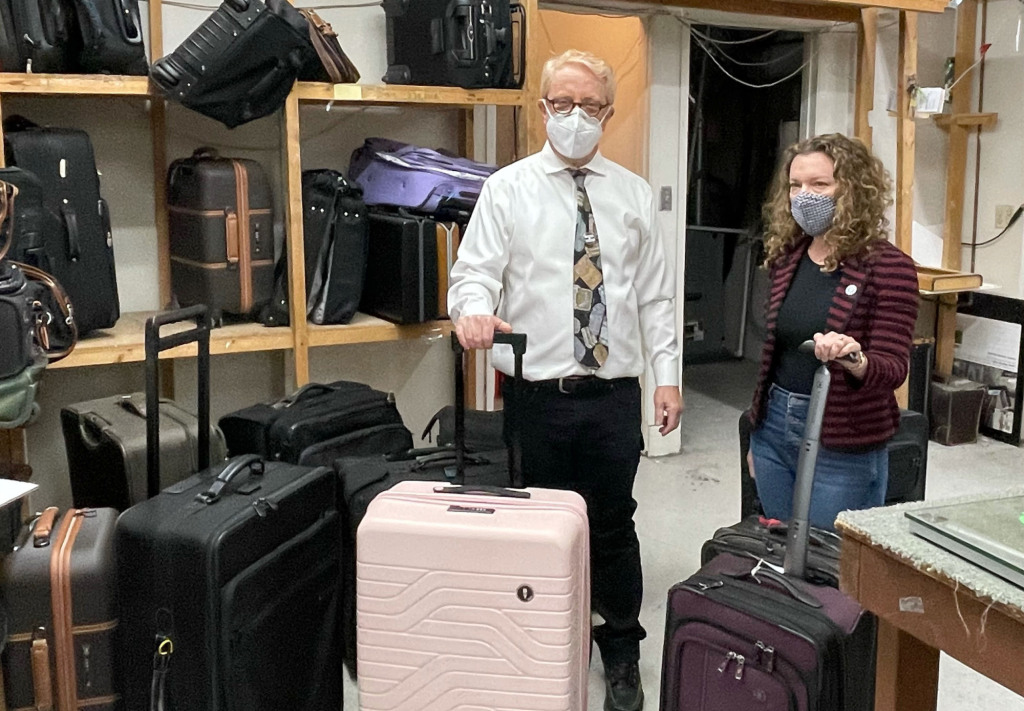 What kind of message does it send when too often children in the foster care system are given a trash bag to put their possessions in when it’s time to move because there are no luggage or duffle bags available?

The wrong kind of message.

“It’s so sad because not only are they being traumatized moving from their families, but they’re seeing all the stuff they value stuffed into a trash bag,” says Erica Chait, a social worker with the Los Angeles County Department of Children and Family Services.

“We wanted them to have something permanent, something not equated to trash,” she said, “a sense of dignity.”

She found that sense of dignity in the oldest, family-owned luggage store in Los Angeles – H. Savinar Luggage, dating back to 1916 in downtown Los Angeles, with a Valley location opened in Canoga Park in 1986.

A banner outside proudly proclaims its been around for over 100 years – “We Must Be Doing Something Right.”

The Valley store is owned by Mark Stern, who has been in the luggage business going on 50 years. Like all mom-and-pop stores, he’s been fighting the trend to online shopping and the Amazon monster baying at his door.

It can bay all it wants because he has something Amazon can’t sell – a hand shake, a smile, and a sense of dignity to make sure those foster care kids never have to fill up a trash bag with their possessions again.

He and Erica started a program called “Bags of Hope” – offering gently used suitcases donated by his customers to foster care children. So far, they’ve given out more than 600 suitcases, but things slowed down last year when he closed for six months due to the pandemic. Now, he’s open for business again.

“People come in thanking me for making them clean out their closets,” Mark laughs. “They have suitcases they spent a lot for, but don’t use anymore because they don’t have four wheels or they’re too heavy, or whatever. I give them a little something, luggage tags or a small travel kit, for donating.”

No sales pitch, but if they need new suitcases now that travel is beginning to pick up, he gives an extra discount for people who donate. He’s survived the pandemic, Mark says, he’ll survive Amazon.

While we talked, a woman called with 40 barely used suitcases she wanted to donate. Another brought in a suitcase with a hat she had made inside it. “To a very special person, love, Kate,” her note read.

“Once people know what we’re trying to do, they’re ready to help,” Mark says. But first, they have to know. Spread the word.

It’s not a big ask, says Erica. Just some luggage you’re not using anymore, taking up space in your closet.

“It’s such a simple thing, but for these kids it means a lot,” she says.

It sends a message. The right kind.

Dennis McCarthy’s column runs on Sunday. He can be reached at dmccarthynews@gmail.com.