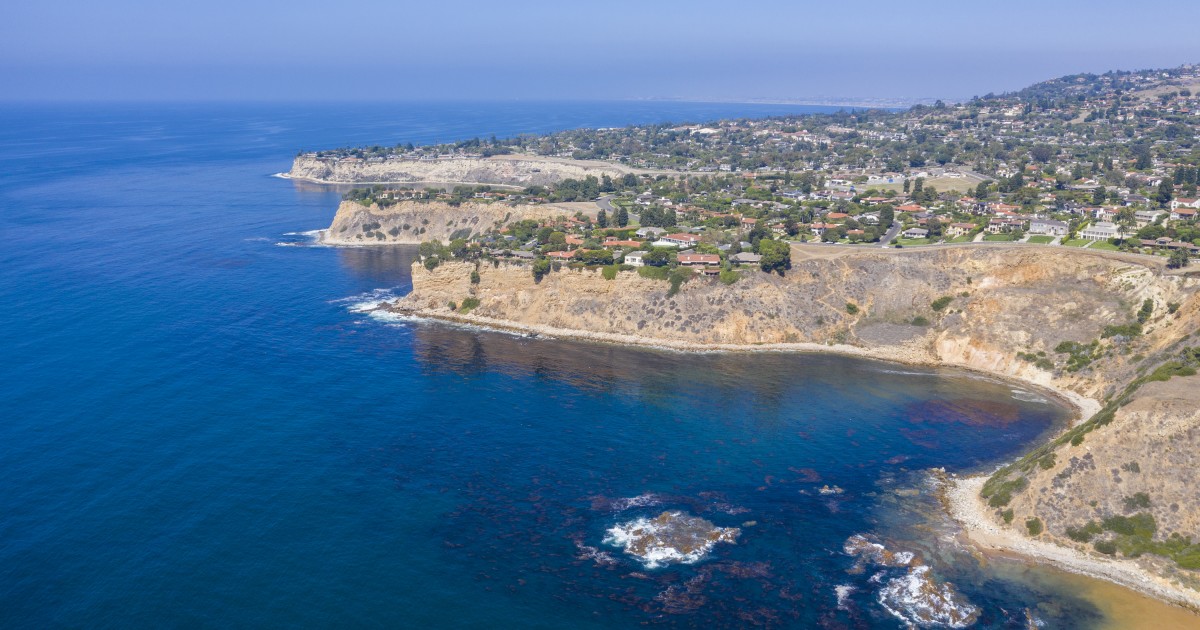 As you drop to San Onofre State Beach from Trailhead 3, a spectacular coastal panorama will open to the southeast (if you’re hiking in the morning, the light in that direction might be dramatic). You’ll be surrounded by coastal brush and crumbling cliffs that are at once beautiful and daunting. A sign notes that “more than 80 percent of the cliffs at San Onofre are considered to be actively sliding.”

I headed up the coast (northeast), toward the twin domes of the idle San Onofre nuclear generating plant. Most of this route is a walk on the beach, but that doesn’t mean it’s easy.

If you arrive at or near high tide (as I did; bad planning), much of the sand will be underwater. You’ll need to trudge on well-tumbled stones, some the size of ping-pong balls, some the size of watermelons. They are fascinating to look at (many are eerily round) but taxing to walk on. When the tide retreats over those stones, it makes a great rattle.

It’s just shy of 2 miles from Trail 3 to the Cristianitos Fault, a dramatic example of this region’s geologic instability. You’ll know when you’ve arrived: Along the cliff face above , the spot is marked by the beginning of a big blond band of rock — a layer so abrupt and even that at first I thought it had been put up by Southern California Edison. (The twin domes are less than a mile up the coast.)

On the way back, I took the fairly steep Trail 2 to the top of the bluffs, paused a minute to pant, then followed a dull blufftop path back to my car. I saw five surfers, three hikers, a handful of cyclists and a handful of rangers in their cars. Three calming hours. Next time, I’ll be tempted to explore the territory southeast of Trail 3.

If you try this hike, thank the Marines. The 3,000 acres of San Onofre State Beach are owned by the Marine Corps (along with the rest of Camp Pendleton) and leased to the state of California. The lease expires Aug. 31, but the Marines have tentatively agreed to an extension of at least three years.

Tip: Once you drive into the park (5200 S. Pacific Coast Highway, San Clemente) and pay your $15 day-use fee (open 6 a.m. to sunset), follow an access road that parallels the coast, lined by parking spaces and trailheads, numbered 1-6 from north to south. Start at Trailhead 3 (which is better marked than some others).