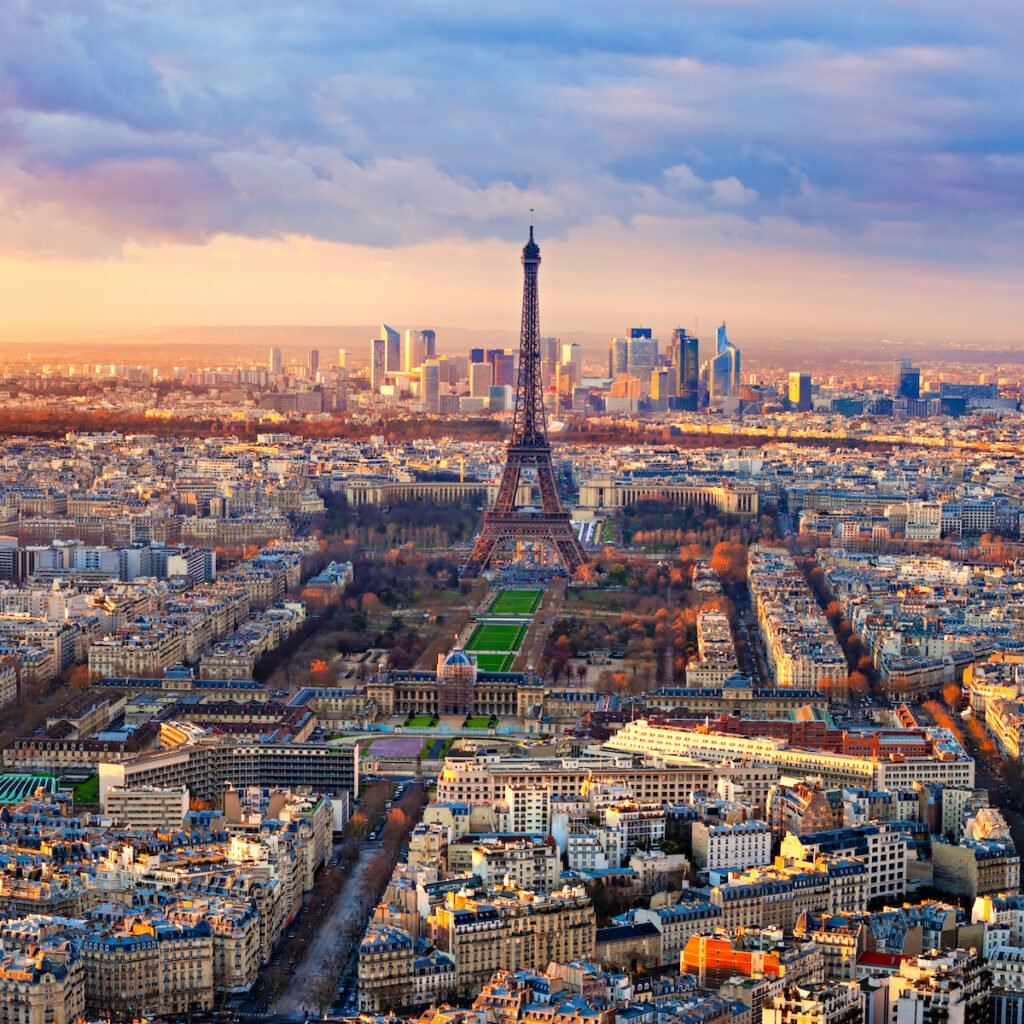 There is probably nobody in the entire world who could not name at least one or two of the sights Paris is famous for. I mean, who hasn’t heard of the Eiffel Tower? But, after calling Paris home for six years, I have not only ticked off all the well-known sights, but I’ve also discovered quite a few unusual ones. That is the best thing about spending a longer amount of time in a place. You have the leisure to turn onto streets you would normally walk past, or to get off at metro stops most people have never even heard of.

Some places in Paris that were deemed hidden have since been discovered by quite a few visitors. These include the many Statues of Liberty dotted around the city and the apartment of Gustave Eiffel in the Eiffel Tower.

But here, I want to share some of the more obscure places I have discovered — places that truly took me by surprise. If it is your first time in Paris, then, by all means, do tick off those world-famous sights; they are truly amazing. But if you have a bit of extra time on your hands — or if you have been there, done that, but still love Paris and are always open to new experiences — then these are for you.

Montmartre was once a village in the countryside, far away from Paris. Its hills were dotted with dozens of windmills. Today, there are two windmills left in Montmartre — the Moulin du Radet (1717) and the Moulin Blute-Fin (1604) — in addition to the fake one on the cabaret Moulin Rouge.

But there are others around Paris that nary a visitor knows about. The Moulin de la Tour stands in the suburb of Ivry-sur-Seine, just across the Peripherique in the south of Paris. It dates to 1680, and you can go inside. There’s a windmill without sails inside the Montparnasse Cemetery. You’ll also find windmills at the edge of the Longchamp Racecourse by the Bois de Boulogne and in the suburbs of Puteaux and Nanterre.

Pro Tip: Why not have coffee at the Cafe des Deux Moulins, which rose to fame in the film Amelie (2001)? The interior has not changed, and the name fits.

La Petite Ceinture (“The Small Belt”) was a railway that once circled Paris. It connected the suburbs and industrial areas with the main hubs of the city. Sadly, it went out of commission with the rise of the metro. Over time, it became an urban jungle, with nature reclaiming large parts of the tracks. Recently, however, stretches of La Petite Ceinture have opened to the public as walking tracks, sports venues, and local gardening areas. Many of the stations have been reinvented as restaurants, cafes, and music venues. My favorite place to walk along it is in the 15th arrondissement, between Place Balard and the Parc George Brassens, where you’ll find a small vineyard. A book market takes place every Saturday morning under the old livestock market’s roof.

Pro Tip: Have brunch at La Recyclerie near the famous flea markets. It’s a relaxed cafe full of recycled stuff, with its own small farm — including a beehive! — alongside the tracks.

Fittingly, Paris’s Latin Quarter is home to a Roman amphitheater — but it is so hidden away that most people don’t even know it’s there! The Arenes de Lutece (called so because Paris was known as Lutetia under the Romans) is an impressive theater that would have once seated some 17,000 people, twice the population of non-Roman Lutetia. Nestled between the Place Monge and the Jardin des Plantes, it is a peaceful park generally only visited by picnickers and children playing ball.

Pro Tip: A market is held three mornings each week on the Place Monge.

4. The Basilica Cathedral Of Saint Denis

This medieval cathedral is sadly overlooked by many visitors to Paris, probably because it is officially located in Saint-Denis, a suburb of the city. Yet it is right off the metro and one of the most important historic sites in France. The building dates to the 1100s and has incredible stained glass windows throughout, as well as high Gothic arches. In its necropolis are the remains of 42 kings, 32 queens, 63 princes and princesses, and 10 other historical figures, including Saint Denis, the patron saint of France. Marble effigies of said royalty lie in state, adding to the splendor of the setting.

Pro Tip: Visit on a Tuesday, Friday, or Sunday morning and have coffee and a croissant on the terrace of Le Khedive Cafe, from which you can watch the hustle and bustle of the market right in front of the cathedral.

In the 14th arrondissement of Paris, next to the lovely residential Square de Montsouris, and steps away from one of my favorite parks, the Parc Montsouris, stands the imposing Reservoir Montsouris, built in 1873. Its steep stone walls are dotted with the daintiest glass structures that belie the huge amount of water carried by the underground structure of 1,800 columns. The structure can be visited on National Heritage Days, which usually take place in September.

Pro Tip: There is another reservoir on the Rue Copernic in Passy, steps away from the lovely Place Victor Hugo with its many cafes and restaurants.

The Cemetery of Dogs and Other Domestic Animals, sometimes called simply the Dog Cemetery, is one of the oldest pet cemeteries — if not the oldest — in the world. It’s been open since 1899. Located in the suburb of Asnieres-sur-Seine, it is worth a side trip. Here lie numerous beloved pets, from ordinary cats, dogs, and rabbits to famous names like Rin Tin Tin, the Hollywood pooch of World War I fame. There are also monuments to chickens, sheep, a monkey, and World War I trench horses.

Many of the graves are more elaborate than those for humans in other cemeteries, but the inscription on one chicken’s stone is my favorite: “To my affectionate hen, who lived for 16 years, a faithful inseparable companion, mourned by your mistress who remains inconsolable. To you I was attached, and you will never be forgotten.”

Pro Tip: Take the metro to Gabriel Peri, and then walk toward the Seine along Avenue Gabriel Peri. The cemetery is right on the banks of the Seine, and you’ll enter not through the main gate, but through the small gate next to it. For 3 euros, you’ll receive a map of the cemetery highlighting the most interesting residents.

Hector Guimard (1867–1942) is best known for his superb green art nouveau metro entrances. They are dotted across Paris, with some of the best examples at the Porte Dauphine and Abbesses metro entrances. So iconic, so Parisian, and so lovely. If you love his style, then pop down to the 16th arrondissement for some superb examples of Guimard’s architecture. Castel Beranger at 14 Rue Jean de la Fontaine is probably the finest example of his work. The entrance, the hallway, and the balconies are simply stunning. Steps away on the same street is the Hotel Mezzara, and just around the corner stands the Hotel Guimard (122 Avenue Mozart).

Pro Tip: For a tiny-yet-adorable Hector Guimard architectural gem, stop at Cravan at 17 Rue de la Fontaine. The coffee is good, too.

Off the Rue de Mouzaia near the lovely Buttes Chaumont Park are several tiny cobbled streets filled with tiny houses with tiny gardens. No tourists ever come here, yet this quarter is too picturesque for words. Walk up from the park or the Botzaris metro stop to Villa d’Alsace. Then thread back to the next street, Villa Eugene Leblanc, and so on, until you have explored the entire quarter, taken countless pictures, and started looking up real-estate listings for your many dream homes.

Pro Tip: On the corner of Rue de Crime and Rue Manin by the park, you can see the old train tracks of La Petite Ceinture.