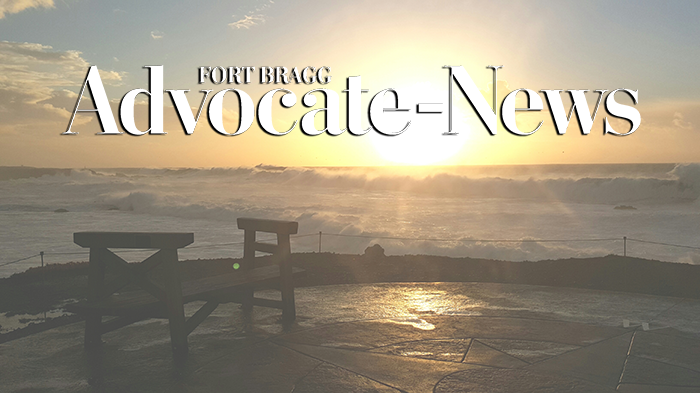 No, not really. They just came to play some tournament pool at Danny’s room. Imagine this though, there were personal fans of players present to cheer their players onward and add to the festive atmosphere. (Katie was one.) Trish and Mark showed up, not to play, but to see people not seen in a year or more. They are our very own elitists that travel the States schmoozing the locals, honestly though, they are always nice to be near.

That is one reason I think, why Bryan traveled to Fort Bragg. In case Trish did a Hula (she didn’t), not just to compete in the pool tournament. Bryan as well as Josh Jubilee and J.T. all tried, but failed, to win the tournament. It was a tough tournament and many lost and left before it came down to Josh and Will, with Will winning the final match.

Josh didn’t seem to mind a bit. “I had a good time,” he said. If you were there, you had a good time too. A good time, with the best pool competitors that Fort Bragg could muster.

Steve and Devon, from Mount Shasta, were there, they both had worked all day before attempting to win the tournament. Will they report back to their hometown, that we gave ‘em a chance, hoping it inspires more Shasta players to the next tournament?

So, when looking at Gene’s right foot, now encased in a medical boot, but with traces of cement dirt and scuff as he continues to work, I am glad he is a friend. I mean, at 76, he pulls more weight than most guys half his age. I wouldn’t want him lookin’ at me funny like.

Gene figures we won’t play League until after Labor Day, and only then if a new variant isn’t raging. “Motorcycle Mike” was at Welcome Inn, playing pool with his wife Camila. Mike is on the Golden West Saloon team No. 1. I think Camila should join a team this fall, too.

Monkey wants a “tournament win” before I write about him. Well, it so happens that the “We pay you zero cents,” no-entry-fee or registration required pool tournament was held, and he won. Which was the point, a winner and not a pool player extraordinaire, he is competitive. Ask his friend Jeremy, he will tell you, “Oh yeah, he might be slow, but he is still coming, you can count on that, there isn’t any quit in him.”

It is the no-quit that is important when you are down three games to zip, and the person you are playing in a race to five is actually better than you at playing pool. Monkey would stay the course, and keep at it. How many times have you heard of someone winning against the odds? It happens all of the time, but first you must not give up. You must stay in the game. No “quit” in your mind.

Monkey keeps coming, no matter what, because there is no quit in him. I have watched better players lead, and then lose. It happens when people give up. Especially so, when they know the other player is a better player.

They say, “I knew I didn’t have a chance.” Not true! You always have a chance if you stay in whatever game of life you are in and keep working hard at it, be like Monkey.

Cue Tip: As you know, I believe in drills to improve your pool game. Well, S.F.C. while surfing the outer net,  opined that the proof that pool drills work is supported by neuropsychology when you consider some of the data. Huh? What? Well, it turns out that two types of memory are well understood in the medical field, and repetitive actions connect with memory retention best. The reason I bring this up is simple. We constantly say, “Why do I miss that shot every time, or, why is it I can never make that shot?” Then fail to take any real corrective measure? Is it because we give up? Is it because it isn’t fun to do drills? Is it because we don’t believe in drills? No, it is simpler than that, it is boring to do drills, as are sit-ups to get rid of a belly, but you still do them. Because it was needed, it was hard but doable. So get started doing drills, because they work for improving your game. Contact me at mcbohanon@gmail.com. I’ll see you at the table.