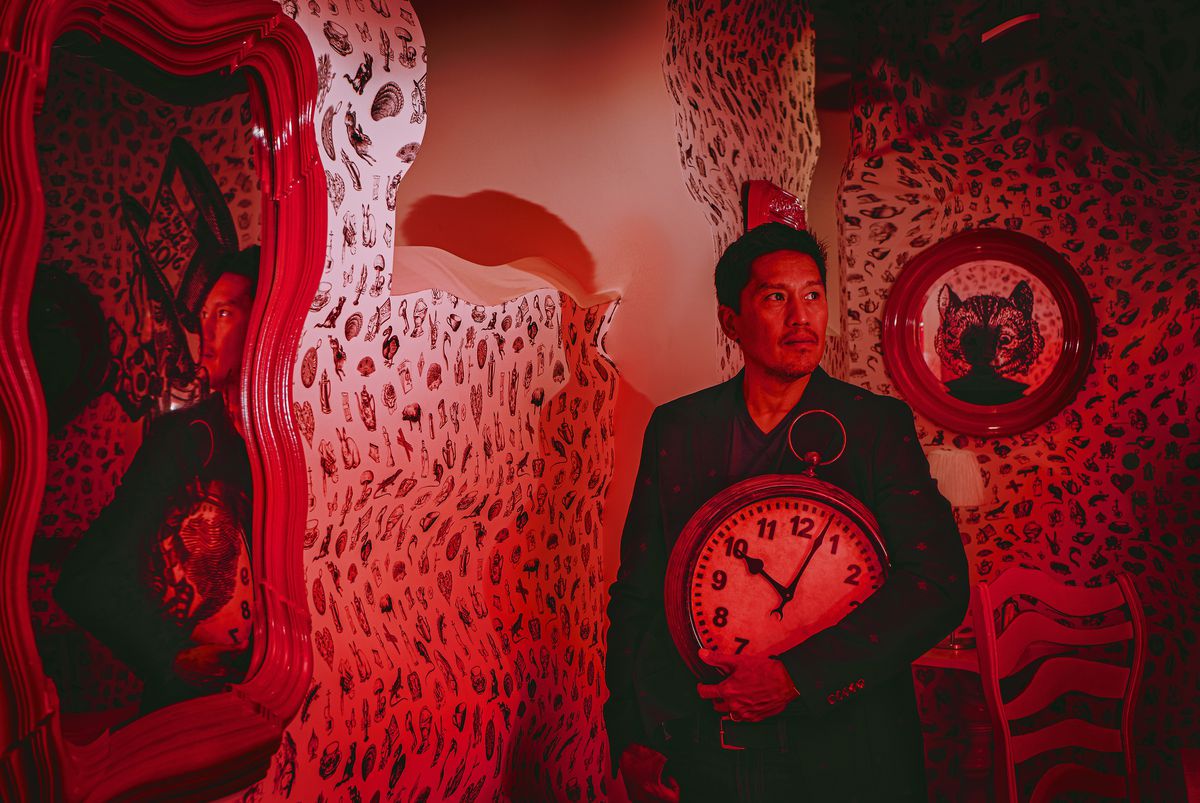 Eight months ago, the world was Bruce Poon Tip’s playground. He was at home at 30,000 feet, and his next stop could have been just about any country on the map.

Over the previous 30 years, he’d built his Toronto-based G Adventures into a tourism brand recognized around the globe. He wrote bestselling books, gave speeches at the United Nations, teamed up with National Geographic. In 2019, some 200,000 people took a G Adventures tour, and 50,000 more travelled under one of its subsidiary brands.

And it all came to a shuddering stop, as Poon Tip remembers it, at four in the afternoon on March 14. That’s when the government of Canada issued an advisory recommending Canadians cancel all international travel due to the spread of COVID-19.

Now, like the rest of the tourism industry, Poon Tip is in limbo. At the moment of this Zoom interview, he sits in a nondescript hotel room in Calgary, waiting for the all-clear on his just-completed COVID test, so he can go visit his 88-year-old mom.

It must feel strange, not being on a plane all the time.

It’s the weirdest thing ever. Six weeks, maybe, would be the longest I’d been in one place, so the idea of going six months has caused all kinds of challenges.

What is the state of things right now in the travel industry?

The entire industry’s in hibernation until people decide they’re comfortable to travel again. So we’re all kind of scrambling to figure out a way we can keep people safe.

Are you running any tours?

Last weekend we had four departures—the first trips in six months. And we had 20 depart in September. That might seem like something, but it’s just a start. We basically have no Americans, no Australians on any trips, ’cause those countries are shut off. Those are two massive markets for us. Canadians are limited—it’s only Canadians who are willing to quarantine when they get home, so that limits the numbers to next to nothing. And then there’s Europeans. Our groups are filled with Europeans taking European trips.

And there’s always the possibility the rules will change at a moment’s notice.

We had some trips to depart to Spain in September, and then Spain shut. Greece is open. Croatia’s open. Switzerland’s open for Mont Blanc. Italy’s open, which is a big destination for us. Morocco, Egypt—they’re open for Europeans. But other than that, it’s a day-to-day fluid situation. We’ve lived through SARS, Ebola, Zika. This one, when it started escalating, went from being just a virus to living in a Will Smith movie.

How has it affected your bottom line?

Oh, it’s devastating. Leading up to the pandemic, we grew 35% to 40% every month. We were absolutely crushing it. Right now it’s impossible to make money. So we’re losing money. I’m not shying away from that.

Have you plotted out how long you can last in the state you’re in?

It’s all about cash burn. We were in a good position, luckily. Last year we made acquisition offers on three companies. I was actually angry when all three fell through. But if any one of them had gone through, we would have been in a very different cash position now.

How have you decided whether to terminate or lay off employees?

When this all started, we had a five-phase plan. The first two phases were quite easy. We’re a 30-year-old company. We had assistants of assistants of assistants. It was actually a breath of fresh air to get an opportunity to restructure a bit. But then with every cut, it gets closer to the bone. The third phase was people answering phones. Phase four was when we started to look at job duplication. Phase five would be cutting to the bone of our key people. On Monday, March 16, we were enacting phase one. By Wednesday, I gave the order to go right to phase five.

It escalated that quickly. And then it got to a point where we were in survival mode to just preserve our institutional knowledge and make sure we have the top people who could bring this knowledge with them to the other side. Someone who’s exceptionally good at one thing became less important to us than someone who did many different things, or had been there longer and moved around in different departments.

Is what the company used to be still relevant to what you will be?

We’ve already had a few companies declare they’re not going to make it to the other side. We’re actually going into an acquisition strategy to look at companies we can acquire. And we’re taking this downtime to rethink and double down on technology. Sometimes it’s very hard to change the wheels on a car when it’s moving, right? But now that we’re forced to stop, there’s so many opportunities for us to streamline things. History has shown when there’s been any disruptions in the economy, great opportunities exist for companies that stay aggressive.

One of the things G Adventures tried to do is give travellers a genuine experience. And that experience itself is changed now, right?

In the short term, for the customers who want really intimate experiences with local communities, we have to find ways we can make them feel safe. A lot of those small communities don’t have the standards of sanitation and disinfecting required right now. I can think of an elephant orphanage we visit in Africa, and the women’s weaving co-op in Peru, and the San people in South Africa. Customers are going to be less likely to want to do things like that in the short term. As an operator, our job is completely changed because we’re suddenly educating all these small operators. They want to know what to do to get travellers back. What will it take?

Without tourism dollars, what’s happening to the communities G Adventures has helped lift up out of poverty?

Some—a majority—are fine. They have to adjust, but they can survive; they have other forms of income. But many are in a very difficult situation. We’ve actually started a relief fund. I personally match donations. We are sending food parcels to some of these communities. We’re helping with medicine and medical care with a lot of them.

You’ve said that prior to the pandemic, the travel industry was in a very dangerous place. What did you mean by that?

The destination was irrelevant in tourism. People were selling amenities. The main form of travel was about whether you’re going to have 10 restaurants to choose from, Broadway shows, indoor ziplines, swim-up bars, the thread counts on sheets. The amenities and distractions took away the connection to destination. When people travel with this mindset that it’s their right to travel, they suddenly demand these things they have at home. They want to feel like they never left home.

Do you try to change that mindset, or do you target customers who don’t think that way?

There’s been an evolution on that for us. For our first 15 or 20 years, we were a very unknown, cool company, and we were preaching to the converted. It was a very small market. And then it started crossing over into the mainstream. Now, G Adventures is recommended by every travel agent on the planet, and we’re right up there beside the Disney Cruise. That’s where we’ve always wanted to be, to get more people off cruise ships.

What are the chances that the pandemic will actually have a positive effect on that?

I think it’s going to have a huge effect. I don’t think the cruise industry’s going to stop. But it’s so massive that it just takes a small percentage of people changing how they travel to change the entire landscape.

You’ve been doing this for 30 years now. How have you changed?

The biggest change for me is in my leadership style. The easiest form of leadership is to lead by example. If everyone who works for you is in your office, and they see you work hard, they work hard. Evolving into a leader by coaching and developing people is very difficult. The next stage is what I call inspired leadership, where you have to inspire people because you don’t have contact with them. Fifty percent of my employees, I never meet in their entire careers. Yet they love the company. They love me. They want to work hard every day. That constant self-evaluation as an entrepreneur is very hard. ‘Cause entrepreneurs are notoriously self-centred egomaniacs.

Some of my proudest moments have been in the past year — getting Most Admired CEOs in Canada. Getting Entrepreneur of the Year for the third time. And then Glassdoor put me at No. 6 for the top-rated CEOs in North America, ahead of Tim Cook, I might add. Those kind of things really motivate me to create that change.

Your comment about entrepreneurs being self-centred—are you speaking from personal awareness?

One hundred percent. To bring your ideas out of your head into the world takes an unnatural level of confidence.

Not just your first idea; it’s your next 10 ideas. Being an entrepreneur is very emotionally draining, because your company becomes part of you, and it reflects on you. I think entrepreneurs are the artists in the business community. We create every day.

Looking ahead to next year, where do you think things will open first?

The next time I step foot in a place I’ve never been before, what’s one thing I must do?

Break bread with a local person. You can always find someone to take for lunch. You don’t have to speak the same language. Buy packs of those postcards with the most cliché images of Canada—the kind you find in airports. Take those corny pictures with you on holidays, along with images of your family. And when you’re having lunch, show them where you’re from. Show your family and your kids. That’s all you need. No one should leave any country without having a meal with a local person. That’s my advice, always.

This interview has been edited and condensed.

Trevor Cole is the award-winning author of five books, including The Whisky King, a non-fiction account of Canada’s most infamous mobster bootlegger.