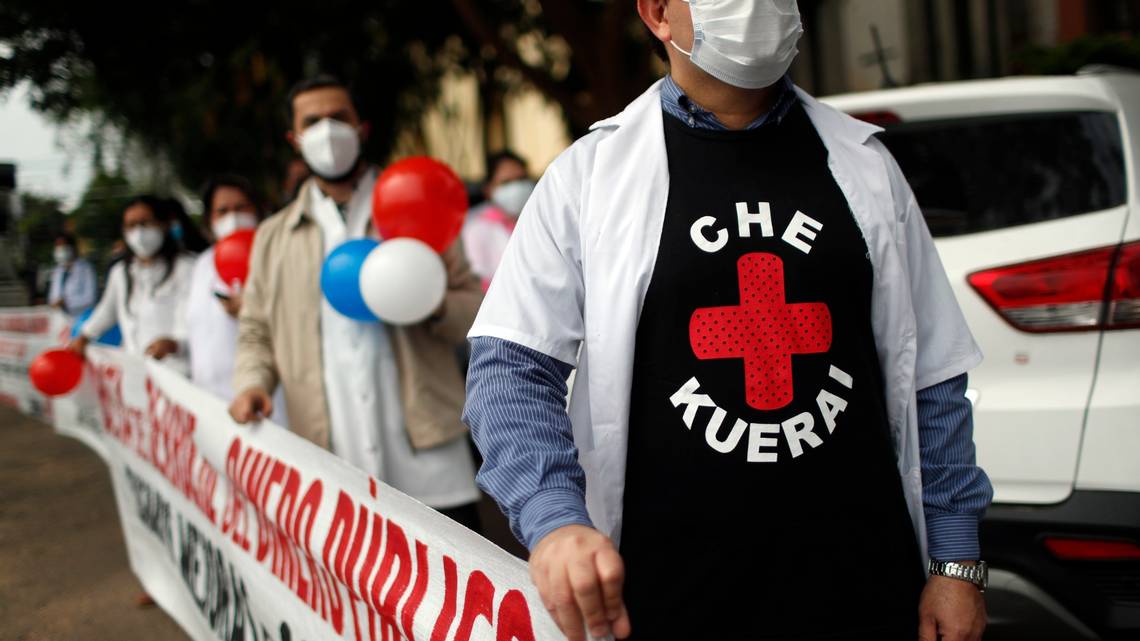 BEIJING — China has canceled attempts to climb Mount Everest from its side of the world’s highest peak because of fears of importing coronavirus cases from neighboring Nepal.

China’s official Xinhua News Agency says the closure was confirmed in a notice from China’s General Administration of Sport. The move reflects the abundance of caution China has taken in dealing with the pandemic.

While China has mostly curbed domestic transmission of the coronavirus, Nepal is experiencing a surge with record numbers of new infections and deaths.

China had issued permits to 38 people to climb Mount Everest this spring, and Nepal to 408 climbers. In Nepal, several climbers have reported testing positive for the coronavirus after they were brought down from the Everest base camp.

The month of May generally has the best weather for climbing Everest. Scores have reached the summit this week and more are expected to make attempts later this month once the weather improves. Two climbers have died on the Nepalese side, one Swiss and one American.

LONDON — Britain says it will host an international meeting next month to combat misinformation about coronavirus vaccines and build global confidence in their use.

The U.K. government says officials, scientists and academics will meet virtually at the Global Vaccine Confidence Summit on June 2 to discuss ways to counter vaccine skepticism.

Heidi Larson, director of the Vaccine Confidence Project at the London School of Hygiene and Tropical Medicine, says “no single government, academic institution or organization can tackle this challenge alone.”

She adds to ensure the high levels of vaccine uptake needed to help end the pandemic, efforts must be made “to build trust across the various relationships – from scientists and health authorities to business partners and communities.”

Britain has one of the world’s fastest vaccination campaigns, with more than two-thirds of adults receiving at least one dose since December.

WARSAW, Poland — Across Poland people are taking off masks and making toasts as restaurants, bars and pubs reopen for the first time in seven months.

The reopening, limited now to the outdoor consumption of food and drinks, officially took place at midnight between Friday and Saturday. Many people on Friday couldn’t wait for midnight and were out on the streets of Warsaw and other cities hours earlier in the evening to celebrate.

Bar owners say they were bombarded with reservation requests leading up to the opening.

Cases of a strain first identified in India have more than doubled in a week. Government scientific advisers say the variant is likely more transmissible than the U.K.’s dominant strain, though it’s unclear by how much.

Prime Minister Boris Johnson has warned that the variant “could be a serious disruption to our progress.” He says the next stage of lockdown-easing measures will take place as planned on Monday but warned the variant might delay plans to lift all restrictions on June 21.

Labour Party lawmaker Yvette Cooper said the government had not barred visitors arriving from India until April 23, a decision that let in “many hundreds of new variant cases.”

More than two-thirds of British adults have received a first dose of a coronavirus vaccine and 37% have had both doses. The government is shortening the gap between doses for people over 50 from 12 to eight weeks in a bid to give them more protection.

THE HAGUE, Netherlands — As coronavirus infections decline in parts of the world and the summer holiday season tentatively begins, the Dutch government has eased travel restrictions for a group of popular vacation destinations.

Among the countries with a lower risk of infections that can be visited starting Saturday are Portugal, Malta, Ireland, Thailand, Rwanda, the former Dutch colonies of Aruba, Curacao and Sint Maarten and a large group of Greek islands.

They previously were designated code orange, meaning the government advised only traveling there if it was urgently necessary. The Greek mainland and Crete remain under code orange.

The destinations are now yellow code, meaning Dutch travelers can visit without having to undergo a COVID-19 test and go into self-isolation on their return.

However, the foreign ministry is stressing that travelers still have to adhere to local rules and restrictions in the countries they visit, which can include showing a negative coronavirus test and self-isolating on arrival.

TAIPEI, Taiwan — Taiwan has raised the COVID-19 alert level for the capital Taipei and the surrounding area of New Taipei city following its worst outbreak since the pandemic began.

Health authorities said that 180 new locally spread cases had been confirmed through Friday, the majority in Taipei and New Taipei. The daily number of new cases had risen steadily from single digits early this week to 29 before the triple-digit jump announced Saturday.

“The epidemic is gaining intensity,” Health Minister Chen Shih-chung said, while noting that more cases are being identified as authorities hone in on hot zones.

Movie theaters, museums, indoor swimming pools and amusement parks were among the places ordered closed under the level 3 alert, as were community colleges and senior citizen activity centers.

NEW DELHI — India’s two biggest cities have reported a drop in daily infections but the government is warning that the devastating surge is spreading in rural areas, where nearly two-thirds of India’s 1.4 billion people live.

Prime Minister Narendra Modi on Friday warned people to take extra precautions as the virus was spreading fast in rural areas. He said the government was mobilizing all resources, including the military.

News reports say villagers have been rushing the sick to nearby towns and cities for treatment because health care facilities are limited in the countryside.

After a peak of 11,000 daily infections, Mumbai, India’s financial and entertainment capital, has been reporting less than 2,000.

SANTA FE, N.M. — New Mexico has adopted guidance on facemasks from the Centers for Disease Control and Prevention that says fully vaccinated Americans no longer need to wear masks indoors or outside in most cases.

Under revisions Friday to the state’s emergency public health order, masks are no longer required of fully vaccinated people in many public settings, though businesses and workplaces may still make face coverings a requirement for all.

Public schools are still bound by universal mask requirements with allowances for meals, as the state gradually relaxes aggressive restrictions on public gatherings and some business operations.

New Mexico Gov. Michelle Lujan Grisham says getting vaccinated is crucial to a safe future, with the statewide vaccination rate recently surpassing 50% for eligible residents 16 and over.

JUNEAU, Alaska — Alaska legislative leaders have voted to make mask-wearing optional at the state Capitol and then shed their own face coverings after the vote.

The decision by the Legislative Council followed new guidelines the U.S. Centers for Disease Control and Prevention for people who are fully vaccinated against COVID-19. The council is composed of House and Senate leaders.

Under the new policy, masks are optional in legislative facilities, with some exceptions. For example, lawmakers can require masks in their respective offices.

Edwards largely dropped the state mask mandate on April 27, but there were exceptions. Friday’s order drops the requirement for entry into state office buildings for people who are fully vaccinated.

New Orleans, which had a tougher mask mandate than the state’s, also did away with the mask mandate for fully vaccinated people Friday, with similar exceptions.

Word from federal health officials that vaccinated people don’t have to wear masks in most situations may be leading to confusion among travelers.

Masks are still required under a Transportation Security Administration rule that will run into mid-September unless it is revoked before then. The Federal Aviation Administration, which regulates airlines, felt the need to remind passengers of the TSA rule.

It issued a statement late Friday to “remind the traveling public that at this time if you travel, you are still required to wear a mask on planes, buses, trains, and other forms of public transportation traveling into, within, or out of the United States, and in U.S. transportation hubs such as airports and stations.”

NEW YORK — Walmart, the world’s largest retailer, says it won’t require vaccinated shoppers or workers to wear a mask in its U.S. stores, unless state or local laws say otherwise.

Vaccinated shoppers can go maskless immediately, the company said. Vaccinated workers can stop wearing them on May 18. As an incentive, Walmart said it is offering workers $75 if they prove they’ve been vaccinated.

Acting Mayor Austin Quinn-Davidson’s office says masks no longer will be required in indoor or outdoor settings but that people who are not vaccinated against COVID-19 are encouraged to wear masks.

The decision follows guidance released by the U.S. Centers for Disease Control and Prevention on Thursday for people who are vaccinated.

Quinn-Davidson’s office says applying a mask mandate only to those who are not vaccinated in Anchorage would have created enforcement challenges and issues for businesses.

Scott said the city’s mask mandate will end Saturday, though private entities, hospitals and churches can still enforce their own requirements on employees and patrons. People entering City of Little Rock indoor facilities will still be required to wear a mask, the mayor said.

“We strongly encourage residents to continue wearing face coverings in public until we reach the desired vaccination rate in our city, as outlined by healthcare professionals,” Scott said in a statement.

The decision comes a day after the Centers for Disease Control and Prevention eased mask-wearing guidance for fully vaccinated people, allowing them to stop wearing masks outdoors in crowds and in most indoor settings.

Arkansas dropped its mask mandate in March, but the governor allowed local governments to enforce their own. A new state law, however, takes effect in July that will ban any state or local mandates.

ATLANTA — Georgia’s 26 public universities and colleges do not currently plan to require students, faculty or staff to be vaccinated against COVID-19 in the fall, according to guidance issued by the University System of Georgia.

The universities are supposed to make sure vaccinations are available, but schools won’t be “responsible for assessing current COVID-19 vaccination rates for their institution.”

The university system said it had made the decisions in concert with the state Department of Public Health and that they were subject to change.

The Board of Regents insisted on at least some in-person instruction in the fall and spring semesters. Those moves came despite resistance from some employees.