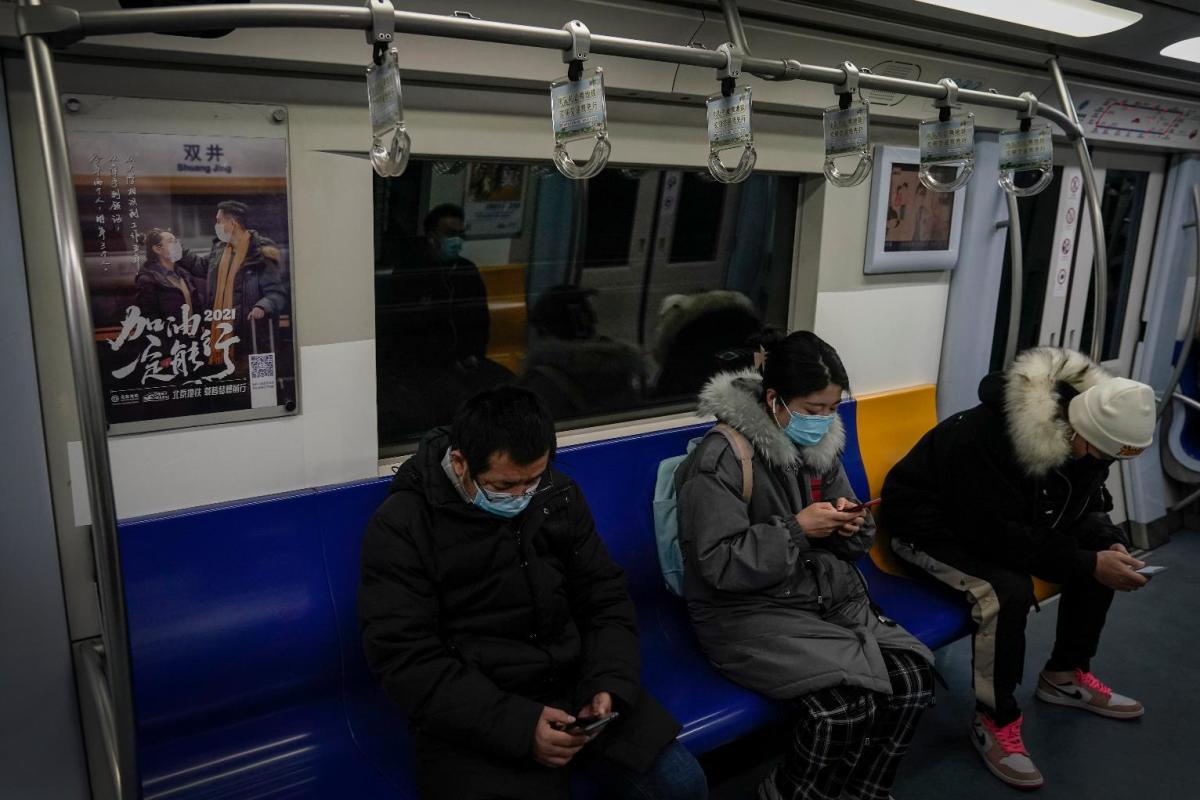 BEIJING — Chinese airlines are offering refunded tickets as the coronavirus continues to spread in the country’s northeast.

The offer Tuesday from the government’s aviation authority comes amid a push to prevent people traveling during the Lunar New Year holiday next month.

China has largely curbed the virus’ spread in most areas, but travel limits remain in place where outbreaks have been detected, including in the capital Beijing. Schools are going on break a week early and migrant workers have been told not to travel back to their hometowns.

The country’s death toll from COVID-19 rose by one to 4,636 among 89,197 cases, the National Health Commission reported, with most new cases in the northeast where winter temperatures are well below freezing.

The National Health Commission on Tuesday reported 53 new cases in Heilongjiang province, with another seven in Jilin province just to the south. Beijing and the business hub of Shanghai both reported two new cases.

— U.S. virus numbers have dropped, but effort to snuff out COVID-19 is becoming a race between the vaccine and the mutating virus

— Taiwan quarantines 5,000 people while looking for source of hospital cluster

HERE’S WHAT ELSE IS HAPPENING.

AUSTIN, Texas — The number of hospitalized COVID-19 patients in Texas continues to fall from record highs as the state nears the end of what has been its deadliest month of the pandemic.

State health officials Monday reported fewer than 13,000 people were being treated for the virus in Texas hospitals, marking the seventh consecutive day of declining patient loads.

Dallas County Judge Clay Jenkins said the area was “starting to see some metrics go in the right direction” as the average number of daily new cases fell by 800.

More than 34,000 people have died from COVID-19 in Texas, the second-most in the nation behind California. More than 5,000 new cases were reported statewide Monday.

Nationwide, coronavirus deaths and cases per day in the U.S. dropped markedly over the past couple of weeks but are still running at alarmingly high levels. The U.S. is recording just under 3,100 deaths a day on average, down from more than 3,350 less than two weeks ago.

SEATTLE — Seattle has joined other cities in approving extra pay for grocery store workers during the COVID-19 pandemic.

The City Council on Monday approved legislation requiring large grocery stores to pay an extra $4 an hour in hazard pay. The Seattle Times reports the legislation passed 8-0, clearing a requirement that it receive a three-quarter super-majority in order to go into effect immediately.

The new requirement applies to grocery companies with more than 500 employees worldwide and to stores larger than 10,000 square feet. It does not apply to convenience stores or farmers markets.

Covered businesses will have to pay their retail employees $4 an hour on top of the pay they currently receive as long as the city’s coronavirus civil emergency, first declared in early March of last year, remains in effect.

The California cities of Los Angeles, Long Beach and Berkeley have within the past month forwarded or approved similar “hazard pay” boosts for grocery workers.

BOISE, Idaho — Legislation to end coronavirus restrictions limiting private and public gatherings to 10 people or fewer has passed the Idaho House and is headed to the Senate. But the measure faces legal and constitutional questions.

The House voted 55-15 Monday to approve a concurrent resolution aimed specifically at a Dec. 30 health order by Republican Gov. Brad Little and the Idaho Department of Health and Welfare. The 10-person limit doesn’t apply to religious or political gatherings.

NEW ORLEANS — Hospitalizations for COVID-19 in Louisiana have dropped to the lowest level since late December — prior to a post-holiday season surge that saw the number hit a record high.

Figures posted by the state health department Monday showed the number of people hospitalized with the disease caused by the new coronavirus at 1,638. The number was 2,069 on Jan. 7, higher than the peak of just under 2,000 in the first deadly surge that hit the state in early 2020.

MINNEAPOLIS — A new Brazilian variant of the coronavirus has made its first known appearance in the United States, in a person who had recently returned to Minnesota after traveling to that country, state health officials announced Monday.

The virus known as the Brazil P.1 variant was found in a specimen from a patient who lives in the Minneapolis-St. Paul area and became ill the first week of January, the Minnesota Department of Health said in a statement. Epidemiologists were re-interviewing the person to obtain more details about the person’s illness, travel and contacts.

There was no immediate indication that the variant was spreading in the state.

Viruses are constantly mutating, and new versions – called variants – often emerge. Health officials are also worried about variants that were first reported in the United Kingdom and South Africa. Researchers believe they may spread more easily than the virus that’s been sickening millions in the United States and that has caused nearly 420,000 deaths.

The Brazilian variant was first identified in four travelers who were tested at an airport outside Tokyo, Japan. It contains a set of mutations that may affect its ability to be recognized by antibodies, according to the U.S. Centers for Disease Control and Prevention.

Some researchers have raised a concern that the Brazilian variant may be able to re-infect people who already were sickened by COVID-19.