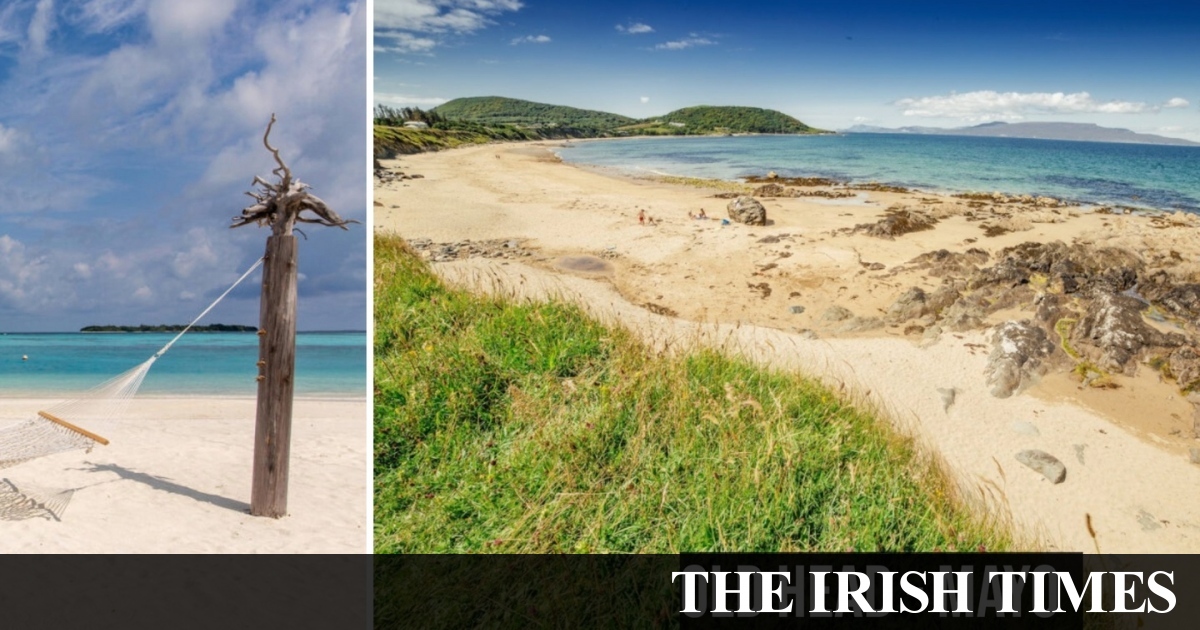 Westport takes on the world

Destination Westport raises a smile with its fresh campaign to make Mayo the centre of the universe. Comparing Thailand’s Koh Samui Archipelago’s famous 60 islands with Clew Bay’s 365, and the outline of Croagh Patrick with the Great Pyramid of Giza, it also reminds us of the gems we have in this country.

In Mayo these include the 35km Tochar Phádraig pilgrimage walking route, the heavenly sands of Clew Bay, and the Great Western Greenway, bringing you 42km to Achill Island. Oh, and don’t forget Ireland’s only fjord: Killary is right under your nose as well. See for yourselves from €399 for two adults and two children for two nights, including one dinner at the Westport Woods Hotel, westportwoodshotel.com

While we’ve been bubbled up, wise spots have been using their down time to go green. Did you know the Merrion has bee hives on its rooftops? Or the Cork International Hotel has a kitchen garden on its roof?

Meanwhile, Cliff at Lyons has added new gardens to serve diners, and has also nixed those little plastic bottles of shampoo and body wash. This would be bad news for those who like to take them home for future trips, except how many mini body lotions do you actually need in your life? Plus, they’ve been replaced with cute boxes containing mini bars of soap, shampoo and lotion, Irish made by all-natural Airmid from Co Clare.

Better all round. One night at Cliff at Lyons including a picnic and paddle boarding session (presumably not at the same time) from €245pps. cliffatlyons.ie

Okay, so we may not be going quite yet, but Irish seaweed brand Voya has taken up residence at the super swanky Peninsula Hong Kong, known as the Grande Dame of the Far East. The organic range hailing from the seaweed baths of Co Sligo is now a feature at the Peninsula Spa, where you can get a radiance facial using Voya products for HK$2,300 (about €245) peninsula.com. Or head to the source, the Voya Baths reopen at Strandhill on May 17th, voyaseaweedbaths.com

You’d be barking not to

There may some faces you’ve had enough of seeing through lockdown, but surely the dog’s isn’t one of them. Reward the love and loyalty by bringing them on your mini break later this year. Discover Northern Ireland has put together a list of pet-friendly accommodation, including the Dunamoy Cottages in Co Antrim, where a night for two comes in at £140, including access to the spa, dunamoy.com. Or check out the AC Hotel in Belfast, where you can share your room with up to two pets. It even has dog-friendly bars, although I’m not sure mine would approve of drinking in Pug Ugly’s… from £77 per room, marriott.com

Aimed at those who’ve been saving their holiday budget, and are champing at the bit for a little luxe, Ballyfin and the Merrion have teamed up for their Two Great Houses package, which gives you a night at each, a welcome bottle of champagne at each, plus dinners and lots of leisure activities – presumably to work off all that champagne.

Described by actor Richard E Grant as “like stepping back in the past without the inconvenience of no electricity”, Ballyfin regularly hoovers up international “best of” awards, and the Merrion ain’t too shabby either. €945pps for two nights. merrionhotel.com

First drop of sunshine and it seems we all scurry for the beaches, which means the insides of Ireland must be beautifully uncluttered by hoards of marauding visitors. Birr Castle in Co Offaly is a lovely spot for exploring. With 120 acres to play with, find walks, a waterfall, the world’s tallest box hedge (seriously), and the Great Telescope – once a world leader in seeing stars. Advance booking essential, from €5 children/€10 adults, under-4s go free, birrcastle.com. From June 2nd, stay at Doolys in Birr, one of Ireland’s oldest coaching inns, with B&B from €49.50pps, doolyshotel.com

Sheen Falls, in picturesque Kenmare, has spent the past year having a makeover, so if you’re feeling in need of one, let its newly rejuvenated rooms and spa have a go at boosting your wellbeing. Onsite activities include paddle boarding, falconry, fishing and yoga, and if that sounds too good to be true, you can also book a chocolate-making experience with nearby Lorge Chocolatier to add calories back in. Three nights B&B, plus two dinners comes in at €1,460 for two people sharing a classic room. sheenfallslodge.ie