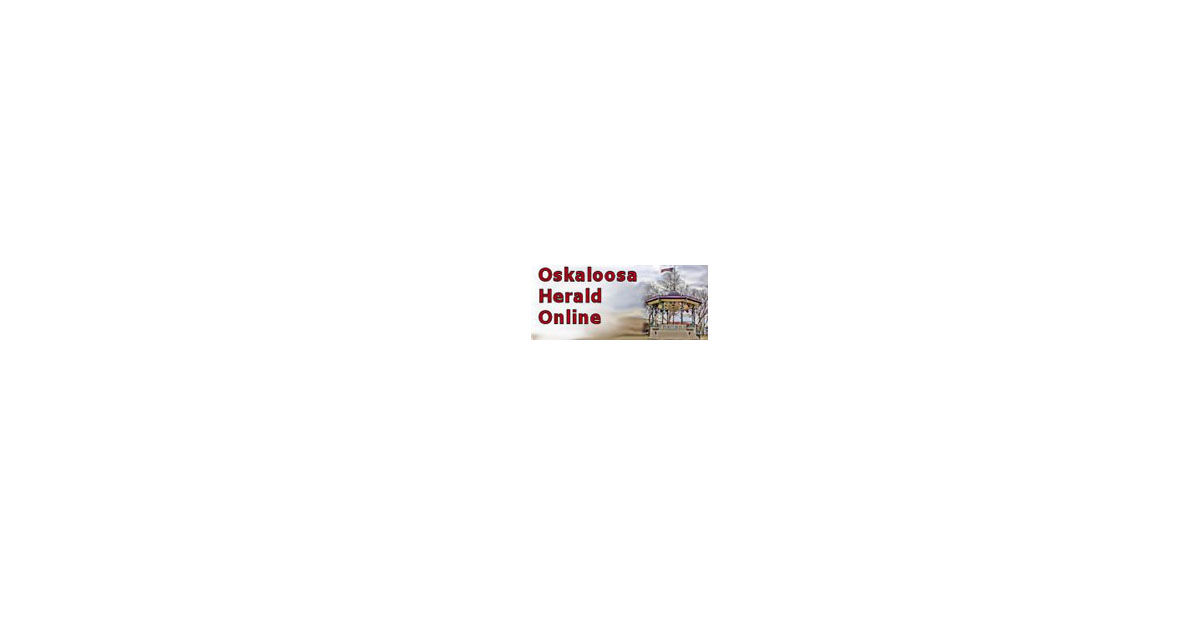 COLOMBO, Sri Lanka — Sri Lanka is welcoming tourists again after keeping the doors closed to visitors for nearly 10 months due to the coronavirus pandemic.

The government’s action Thursday is seen as an effort to revive the island nation’s tourism industry, which has been badly hit by the pandemic. Tourism accounts for about 5% of Sri Lanka’s economy and before the pandemic employed 250,000 people directly and up to 3 million indirectly.

Under the reopening, visitors must be tested in their country 72 hours prior to their flight, when they arrive at their hotel and again seven days later. They will be allowed to travel in 14 tourism zones in a “travel bubble,” without mixing with local people. About 180 hotels have been earmarked to provide accommodations for the tourists.

Britain hits another record daily virus deaths. Ontario’s leader asks Biden for 1 million vaccine shots due to Pfizer shortfall for Canada. India to start delivering Oxford-AstraZeneca vaccines to neighboring countries. Expert panel says both China and the WHO should have acted faster to prevent the pandemic. Surging infections give Spain’s new emergency hospital in Madrid a chance for use. Italy ponders suing Pfizer for vaccine delays.

SYDNEY — People traveling to Australia from most other countries will need to test negative for the coronavirus before they depart, as of Friday.

Australian Health Minister Greg Hunt said Thursday that he has signed orders that require international travelers to have a negative test within three days of leaving for Australia. All internationals passengers will also have to wear masks on their flights.

New Zealand and a handful of Pacific Island countries are exempt from the new rules.

TOKYO — Japanese electronics maker Panasonic Corp. says it is using its refrigerator technology to develop special boxes for storing the Pfizer coronavirus vaccine, which must be kept at ultracold temperatures.

The company said Thursday that samples will be ready in March, with a product to follow a month or two later.

The box will use dry ice to maintain the temperature at the minus-70 degrees Celsius required for the Pfizer’s vaccine. It does not need to plug in.

Japan’s government has deals with various drug companies, including one with Pfizer for enough vaccine to inoculate 72 million people this year. That is more than half the nation’s population.

Japan is pushing a vaccine rollout after a surge in coronavirus cases, including a more than doubling of its pandemic death toll in the last three weeks to more than 4,600.

BEIJING — China is imposing some of its toughest travel restrictions yet as coronavirus cases surge in several northern provinces ahead of the Lunar New Year.

Next month’s festival is the most important time of the year for family gatherings in China, and for many migrant workers it is often the only time they are able to return to their rural homes.

This year, however, travelers must have a negative virus test within seven days of departure, and many local governments are ordering quarantines and other strict measures on travelers.

A national health official had this message Wednesday for Chinese citizens: “Do not travel or have gatherings unless it’s necessary.”

Officials are predicting Chinese will make 1.7 billion trips during the travel rush. That is down 40% from 2019.

MEXICO CITY — Mexico has had a second consecutive day of COVID-19 deaths surpassing 1,500. Officials reported 1,539 such deaths Wednesday, a day after 1,584 deaths were listed. There was also a near-record one-day rise in new virus cases of 20,548.

TALLAHASSEE, Fla. — Florida’s surgeon general is urging the federal government to increase allotments of coronavirus vaccine to states like his where large concentrations of seniors face the greatest risk of illness and death from COVID-19.

But Dr. Scott Rivkees added Wednesday in an interview with The Associated Press that Floridians will eventually get their turns at vaccination. In his words, “The message is this: We will get to you.”

It will be many months before all Floridians can be vaccinated. With 21.5 million people, Florida is the country’s third most populous state, and the state has vaccinated at least 1.1 million people so far.

Since the pandemic began, the state has recorded about 1.6 million coronavirus cases and had more than 24,500 deaths — 83% of them 65 or older.

O’FALLON, Mo. — Missouri’s governor says the state plans to have mass vaccination sites by the end of the month in an effort to get more protection against the coronavirus to more people.

Gov. Mike Parson said Wednesday that he will activate the National Guard to help with new vaccination sites in each of the nine Missouri State Highway Patrol regions. Specific dates and locations for the sites were not announced. Each will be capable of administering up to 2,500 doses per day.

The state also plans to send “targeted vaccination teams” to St. Louis and Kansas City, where they will work with clergy to help get vaccinations to “vulnerable populations” in the two cities.

State officials say at least 250,000 Missourians have been vaccinated so far. The state’s initial doses have been for people such as health care workers, residents and staff at long-term care facilities and those at high-risk of serious illness.

FRANKFORT, Ky — Kentucky Gov. Andy Beshear is warning his state that although it is ramping up its vaccination effort, demand continues to outpace supply.

He says that “the supply that we’re going to get next week is already 30,000 doses underneath our ability of what we can put in someone’s arm in just a seven-day span.”

As of Wednesday, Kentucky has administered around 60% of doses designated for its state immunization program and roughly a third of doses in the Long Term Care Facilities Program.

While Kentuckians age 70 and up are now eligible for the vaccine, many are having to wait for more appointments to become available due to the limited supply.

LONDON — An arthritis drug tried in patients with severe COVID-19 showed no benefit in a study that was stopped early because of safety concerns. The study was published Wednesday in the British journal The BMJ.

The drug tocilizumab hadn’t been recommended outside a clinical trial, but some less rigorous research had suggested it could help.

The study found more deaths in patients who received the drug. The deaths were attributed to COVID-19 related breathing problems or organ failure.

The drug is sold by Switzerland-based Roche as Actemra and RoActemra for treating rheumatoid arthritis and some other diseases. It lowers inflammation by tamping down a protein called interleukin-6 that’s often found in excess in COVID-19 patients.

The study involving 129 patients at nine hospitals in Brazil found no benefit for those who got the arthritis drug along with standard care. Two weeks later, 11 patients who received the drug had died, against two in the other half who didn’t.

ATLANTA — Judges say Georgia’s court system could take years to dig out of a backlog of jury trials delayed because of the coronavirus pandemic.

State Supreme Court Chief Justice Harold Melton told lawmakers during hearings Wednesday that it could take one to two years to catch up. Superior Court Judge Wade Padgett estimated it could be more like three years.

Under state law, Melton has been renewing a declaration of judicial emergency every 30 days, limiting what court cases can happen in person. He says he’s eager to resume jury trials as soon as possible.

For a period late last year, Melton allowed some jury trials to go ahead. But Melton says rising infection rates forced another shutdown.

SACRAMENTO — California reported its second-highest number of COVID-19 deaths Wednesday but also a dip in hospitalizations below 20,000 for the first time since Dec. 27.

The California Department of Public Health has reported the total of 694 new deaths is second to the record 708 reported on Jan. 8. Hospitalizations stood at 19,979.

California officials are pinning their hopes on President Joe Biden as they struggle to obtain coronavirus vaccines to curb a coronavirus surge that has packed hospitals and morgues.

Doses of COVID-19 vaccines have been arriving haphazardly as they make their way from the source to counties, cities and hospitals.

COLUMBUS, Ohio — The Ohio Department of Health has said a pharmacy responsible for distributing the coronavirus vaccine to Ohio nursing homes failed to document storage temperatures for leftover shots, resulting in 890 doses being wasted.

The agency said on Wednesday that it suspended SpecialtyRx in Columbus from the distribution system and ordered it not to administer any of the wasted doses.

Officials said SpecialtyRx received an initial 1,500 doses of the Moderna vaccine late last year for distribution to eight nursing homes and had 890 leftover.

The state said the company failed to properly record the minimum and maximum refrigerator and freezer temperatures for the leftover doses each day during transportation.

An official with New Jersey-based SpecialtyRx said Wednesday she wasn’t aware of the problem but promised a company response.

NEW YORK — New York Gov. Andrew Cuomo said Wednesday that he expects the state to exhaust its supply of vaccine available to people receiving their first dose within two or three days.

“What’s clear now is we’re going to be going from week to week and you will see a constant pattern of basically running out, waiting for the next week’s allocation, and then starting up again,” the Democrat said.

OKLAHOMA CITY — The Oklahoma State Department of Health said Wednesday that it is seeking volunteers to help at vaccination sites in the state.

The department’s Medical Reserve Corps said Wednesday that both medical and non-medical volunteers are needed to give vaccinations, handle registration and other tasks. The volunteers work at points of dispensing sites at more than 50 locations in the state.

The Centers for Disease Control and Prevention said Oklahoma has administered 242,093 vaccinations, including 30,919 to people who have now received the required two doses of vaccine. The CDC reported the state has received 455,275 doses thus far.

According to Johns Hopkins University, Oklahoma had the fourth highest number of new cases per capita in the nation Wednesday with 1,270 per 100,000 residents during the past two weeks. The health department reported 1,986 new cases Wednesday and 48 more deaths due to the virus.

TOPEKA, Kan. — The top health official in Kansas has told lawmakers that the state will likely see a small uptick in immediate supply of the COVID-19 vaccine with the change in presidential administrations.

In a joint hearing Tuesday before Senate and House health panels, Dr. Lee Norman, head of the state health department, said he has been told the state will probably get a 1% or 2% increase in its vaccine supply in the short run.

The federal government allocates vaccines to states based on population. Kansas, with its population of 3 million, receives 1% of the nation’s allocated vaccines, he said, adding that the state has at times been shorted as much as half of its anticipated supply.

The state’s COVID-19 vaccine rollout prioritizes health care workers and nursing homes in its first phase, which is almost complete. About a third of the state’s population will be covered in the second phase, which covers people ages 65 and older, those in congregate settings such as prisons, and high-contact critical workers.

MADRID — Spain’s government is resisting calls by regional health authorities to let them impose earlier curfews amid a sharp rise in coronavirus cases.

Spain’s hospitals are filling up again after a third rise in infections since the start of the pandemic. Another 464 people were reported dead on Wednesday, increasing the confirmed death toll to 54,637.

Some regions want the government to allow a change of the curfew to 8 p.m., instead of the current 10 p.m. allowed under a state of emergency.

Health Minister Salvador Illa says the ministry would “evaluate” the request, even though he insisted it wasn’t needed because of current measures.

Spain registered another 41,000 cases on Wednesday in the midst of rolling out its vaccination program. Despite the recent hiccups in the shipments the Pfizer-BioNTech vaccine, Spain broke 1 million vaccines administered on Wednesday.

Spain has 2.4 million confirmed cases, eighth in the world. It has registered more than 54,000 deaths, 10th globally.