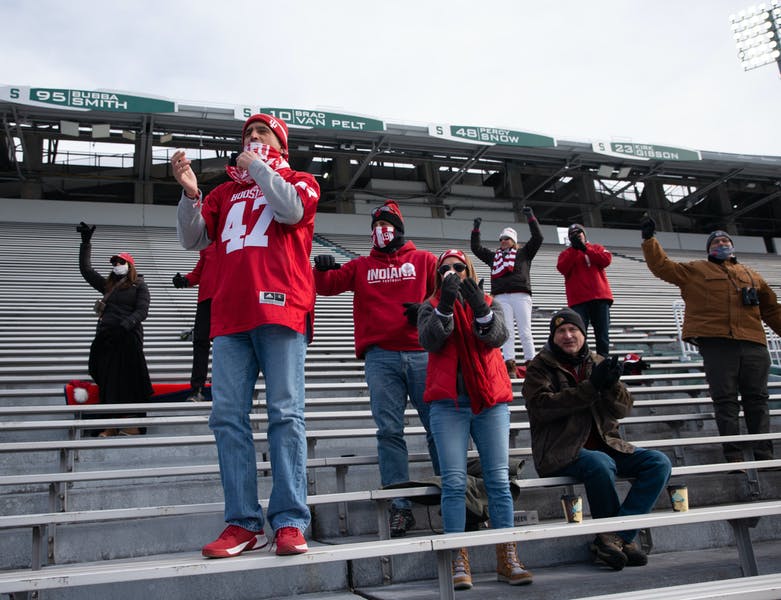 After surviving a weekend in Piscataway, the Michigan State Spartans are back on the road, taking on the Indiana Hoosiers down in Bloomington, Indiana.

If you are heading down to southern Indiana to catch the game, there are plenty of restaurants, bars and attractions on and near the campus of Indiana University to check out.

Indiana University is one of the most historic universities in the Big Ten. Founded in 1820, Indiana is the third oldest in the conference, behind only the University of Rutgers and the University of Michigan. There are plenty of iconic landmarks throughout the more than 200-year-old campus.

Of course, for those making the trek down to the Hoosier state this weekend, Memorial Stadium, better known as “The Rock,” will be a central aspect of the trip. Don’t forget to take a peak at the prow of the USS Indiana, a former battleship of the U.S. Navy, which sits just outside the stadium.

It might be a good idea to park a bit farther than normal and stroll around Indiana’s campus on the way to the game.

“Just walk around,” Patrick Felts, a student at Indiana and the multimedia football reporter at the Indiana Daily Student, said. “I might be biased, but I don’t think there’s a more beautiful campus on the face of the earth.”

The most iconic start to a walk through Indiana’s campus starts at the Sample Gates, which guard the entrance to the oldest part of the university. It is a classic spot to snap photos for visitors and students alike. Right around the corner gates is Dunn Woods, a 20-acre patch of land with winding brick pathways cutting through forestry. The Rose Well House, a limestone gazebo, is a campus landmark found in Dunn Woods.

There is plenty of unique architecture found throughout the campus. Eskenazi Museum of Art, — designed by the same architect that designed the Louvre in Paris, I.M. Pei — Lilly Library and Beck Chapel are just a few of the standouts on the Bloomington campus.

Indiana University teaches more than 80 languages — perhaps that is why Bloomington has such a diverse representation of cuisine from around the world.

Eighteen countries are represented by over 75 international restaurants throughout Bloomington, with anything from Turkish to Thai clustered mostly on 4th street.

Also, pro tip from Felts: if you find yourself out on the town during or after a night at the bars and have a craving for sushi or teriyaki, Z & C Teriyaki & Sushi has you covered.

If you are looking for a staple of Bloomington’s pizza scene, Mother Bear’s Pizza is a local favorite.

“It is pretty much the iconic Indiana restaurant,” Felts said.

Those looking to consume their daily calories in the form of alcohol can find plenty of bars up and down the streets of Kirkwood Ave., the central road and artery of activity in Bloomington. Kilroy’s is one of the most popular bars in Bloomington, especially among the student base, Felts said.

Nick’s English Hut is a more family friendly bar that specializes in both booze and food, with Indiana apparel and pictures crowding the walls and creating a real college eatery experience. The bar is also known for “sink the biz,” a drinking game that includes a bucket of beer and a floating cup.

Surrounding the city are plenty of parks and forests for those looking to get more in touch with nature in southern Indiana. A short drive from campus is McCormick Creek State Park, Indiana’s oldest state park, complete with waterfalls and hiking trails.

Also not far from campus is the 202,814-acre Hoosier National Forest, which is especially scenic in the midst of autumn, Felts said. It is a bit of a further drive, but Felts said Brown County State Park, the largest of Indiana’s state parks, also offers the opportunity to hike through the nature of Indiana.

Do you want the news without having to hunt for it?
Sign up for our morning s’newsletter. It’s everything your friends are talking about and then some. And it’s free!