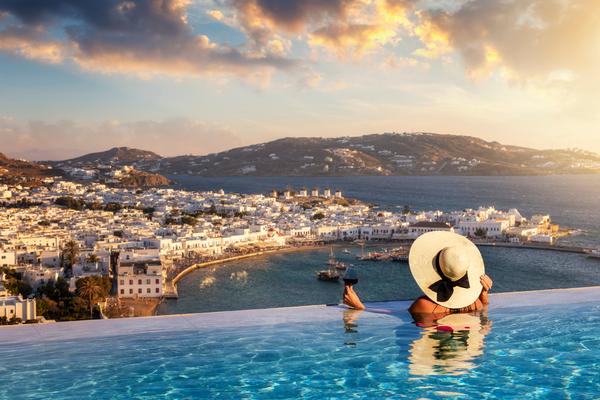 After two years of settling for staycations, low-key road trips or giving up on their yearly vacations altogether because of pandemic-related restrictions, many folks are ready to make their next getaway extra memorable.

That might mean taking a long-haul bucket list type trip, taking more days off to enjoy time away or splurging on those luxury-level extras that make a travel experience feel really special.

These could include stays at five-star resorts, dining at lavish restaurants, going on luxury cruises or springing for high-end vacation packages.

And, while all of us may be craving these travel indulgences, most of us can’t afford to live like money is no object. So, service comparison site money.co.uk recently compiled data on the world’s most popular cities to discover which destinations are the most affordable for travelers looking to enjoy the finer things in life on a budget.

Factors taken into consideration in evaluating each city’s combined luxury travel offering in each city included the average cost of a five-star hotel stay, Michelin-starred meal, luxury car hire and a night at a spa hotel.

According to the company’s analysis, Bangkok took top spot as the most affordable luxury destination overall, with a budget score of 9.49 out of 10. Thailand’s capital city proved to be the cheapest when it came to hiring a luxury ride, and was among the most affordable in three other categories, as well.

Brussels, took second place as the next global destination that’s affordable across the board, particularly when examining the cost of a five-star hotel ($363 per night) and luxury car hire ($151). Belgium’s storied capital city is probably most widely known for its exceptional chocolate, beer and many cultural centers.

Situated in northern Italy’s Veneto region, between better-known Venice and Milan, Verona was revealed to be the world’s third-most inexpensive destination for a luxury vacation. One of the nation’s most popular destinations for romance because of its role in the Shakespearean canon as the setting for ‘Romeo & Juliet’, the ancient city situated on the Adige River is filled with historic architecture, local culture and gastronomy.

In terms of representing an overall bargain when it comes to luxury travel, the top ten was rounded out by Osaka in fourth position, Berlin in fifth, Frankfurt in sixth, Rio de Janeiro in seventh, Tokyo in eighth, Lisbon in ninth and Dublin in tenth place.

Other popular global cities were also counted among the world’s most affordable luxury travel destinations in their own individual respects. For instance, it turns out that Athens is the most affordable city for Michelin-star dining, with the average cost of a set-menu dinner being about $104.

Hong Kong was shown to be the most affordable in terms of five-star accommodation, at an average rate of $292 per night (as listed on Booking.com). Meanwhile, the most inexpensive choice if you’re seeking a spa break is Osaka where the cost of one night at a spa hotel averages about $178. Of course, Japan isn’t a viable vacation option just yet, as the Asian country is only now launching a test program for tourism reopening.

For the latest insight on travel around the world, check out this interactive guide:

For the latest travel news, updates, and deals, be sure to subscribe to the daily TravelPulse newsletter here.