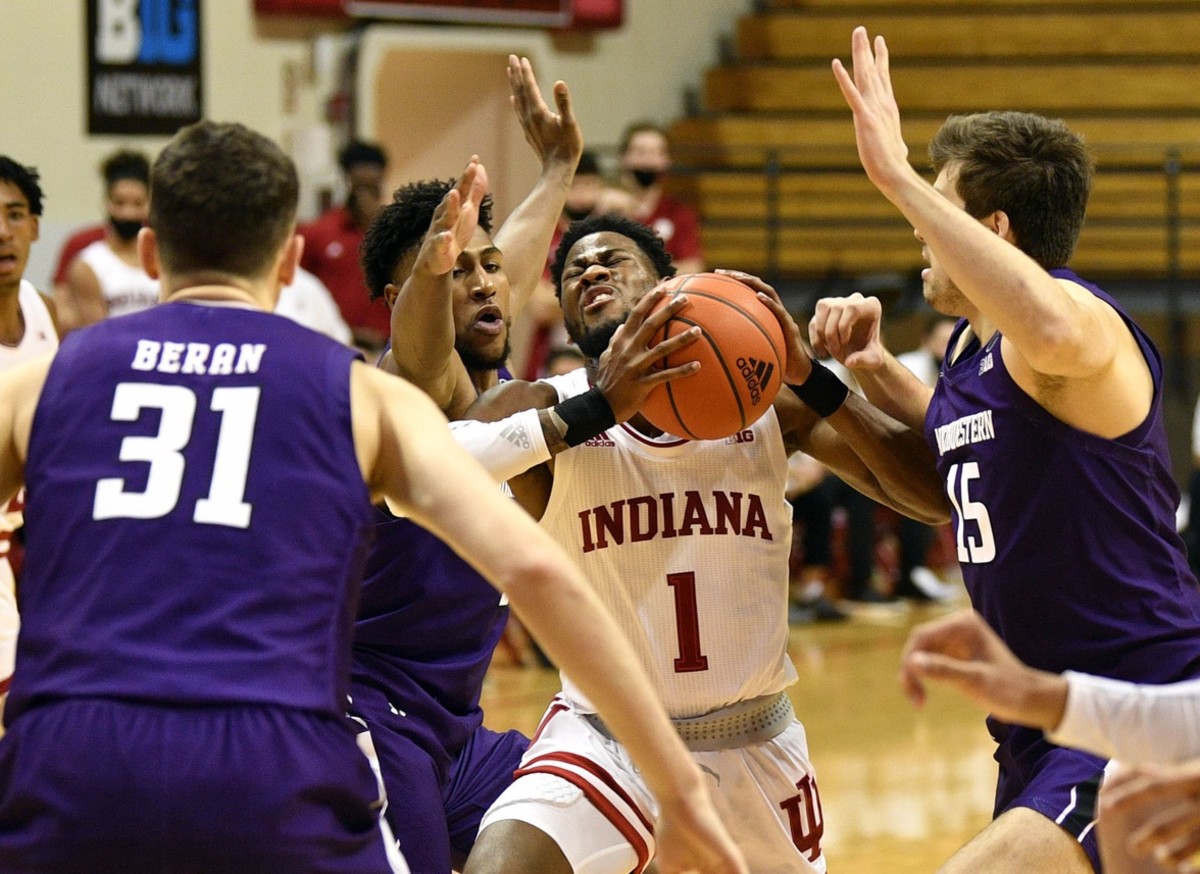 BLOOMINGTON, Ind. – Indiana hits the road for two games next week, and be prepared for another late weekday night and an early weekend game.

The Hoosiers travel to Evanston to take on Northwestern on Wednesday, with a 9 p.m. ET tip scheduled. Indiana played a 9 p.m. ET game with Illinois on Tuesday, and after it went to overtime, it didn’t finish until close to midnight. Wednesday night’s game is on the Big Ten Network.

The second game next week is at Ohio State, and it will tip at Noon ET on Saturday in Columbus. That also follows a trend, since Indiana is playing Iowa on Sunday at Noon ET, too.

Indiana and Northwestern have played once already this season, with the Wildcats winning the Big Ten opener in Bloomington on Dec. 23. The Wildcats won their first three league games, but have lost eight in a row since then. You can do a little advance scouting on Saturday, because the Wildcats play at 4:30 p.m. ET at Purdue.

Indiana and Ohio State haven’t played yet this season, and this is their only regular season meeting. The Buckeyes have been red hot lately, winning seven of their last eight games. That includes four road wins – all over top-15 teams. The most recent win was Thursday night at Iowa, when they dashed away with an 89-85 win and overcame a double-digit deficit.

Here is Indiana’s complete schedule, including links to every game story and Tom Brew column during the season. CLICK HERE