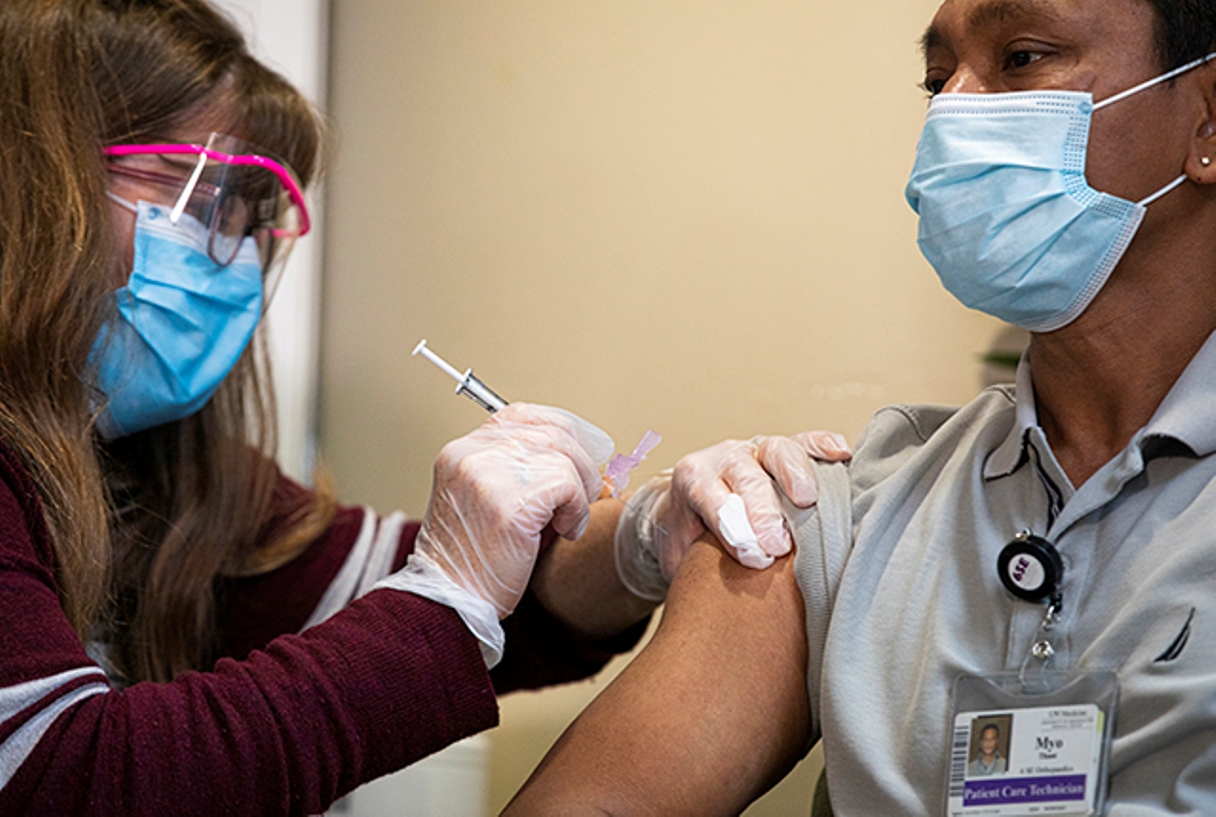 Trying to get an appointment for a COVID-19 vaccine on the day that eligibility was expanded to new age groups in Washington state would be a familiar experience to anyone who’s tried to get a hot movie ticket, a cheap airfare or season tickets to Kraken hockey games.

I’ve been through all of those trials, and my efforts to work through the online hiccups and fast-disappearing slots are likely to be replicated in the months ahead as efforts to quell the coronavirus pandemic continue to ramp up.

Your mileage may vary, of course. I was just one of thousands of regular folks aged 65 and older who joined the search for the vaccine on Monday. Some of my older neighbors have had better luck seeking out vaccine appointments. One has already gotten her first shot, thanks to some expert-level sleuthing by her daughter.

In contrast, I started out almost from ground zero on Monday: I had used the beta version of the state Department of Health’s Phase Finder app, but in the past, vaccinations were limited to Phase 1A — that is, health care workers as well as residents and staff members at assisted-living facilities. So I didn’t get very far before I was dumped out of the questionnaire.

By Monday, Phase Finder had quietly widened the field to Phase 1B, which started out including the over-70 crowd. I have a family member who fits that description, so I filled out the questionnaire on her behalf. At the end, there was a multicolored, printable page announcing her eligibility — plus a link to a precious page that listed the places where vaccinations were theoretically available.

Emphasis should be on the adverb “theoretically.” Many of the health care facilities on the list were still limiting appointments to Phase 1A. At least one hospital system, however, was offering an online appointment system for 1B, and I quickly signed up for a mid-March opening.

Then a new twist popped up as a notification on my smartphone: Gov. Jay Inslee had just announced the widening the eligibility to age 65 and up. That set me back to question-answering and searching — but this time around, my efforts to work through Phase Finder were bogged down in an online traffic jam. I could get through enough of the questionnaire to be assured I was eligible, but I couldn’t get to the magic final page.

Fortunately, I had already gone through the process and could retrieve the cached webpage with appointment options. (The once hard-to-find page is now widely publicized, but still not fully updated.)

UW Medicine was one of the hospital systems I contacted, but their phone system was clearly swamped. After waiting 20 minutes on hold, I was connected to a line that just went dead.

Today I received an automated text acknowledging the issue: “We are currently experiencing overwhelming demand at our Call Center,” UW Medicine reported. “Requests are being processed in the order received. Please refrain from calling or submitting multiple requests.”

I ended up making two sets of appointments with other health care systems: I added to my family member’s original appointment in mid-March, and also signed us up for an earlier slot at a closer hospital during the last week of February. If the earlier slot ends up working out as planned, I’ll cancel the later appointment.

Even though the appointments are set, there’s no iron-clad guarantee about the availability of vaccines for those appointments. The Department of Health anticipates doing 45,000 vaccinations a day, which would add up to 315,000 shots in a seven-day week. That’s more than three times the current federal allotment for Washington state — which means state health officials are counting on the federal government to distribute significantly more of the vaccine in the weeks ahead.

“Our hope is to get to Phase 1B tiers 2, 3 and 4 in late winter or early spring,” the department said in Monday’s news release. “We’re going to get through 50% of tier 1 before we add in anyone else.”

Unless there’s a significant expansion of capacity for vaccine production and distribution — which isn’t outside the realm of possibility —  that suggests it could be spring or summer by the time all the young whipper-snappers can be accommodated. In the meantime, a more transmissible coronavirus variant is likely to spread, and the nationwide death count is likely to surpass half a million.

In anticipation of those later stages of availability, here are a few tips:

Despite the challenges, I feel confident that I’ll get through the vaccination process in time for the summer travel season — which is more than I can say about my chances of getting Kraken season tickets.

Update for 5:38 p.m. PT Jan. 19: Less than two hours after this story was published, I received an email invitation and an access code from Overlake Medical Center, my regular health care provider, to sign up for vaccine appointments that were available this week. I also signed up for the second shot in mid-February. That demonstrates the value of having an online account with a health care provider — as noted above in the “Be Prepared” tip.