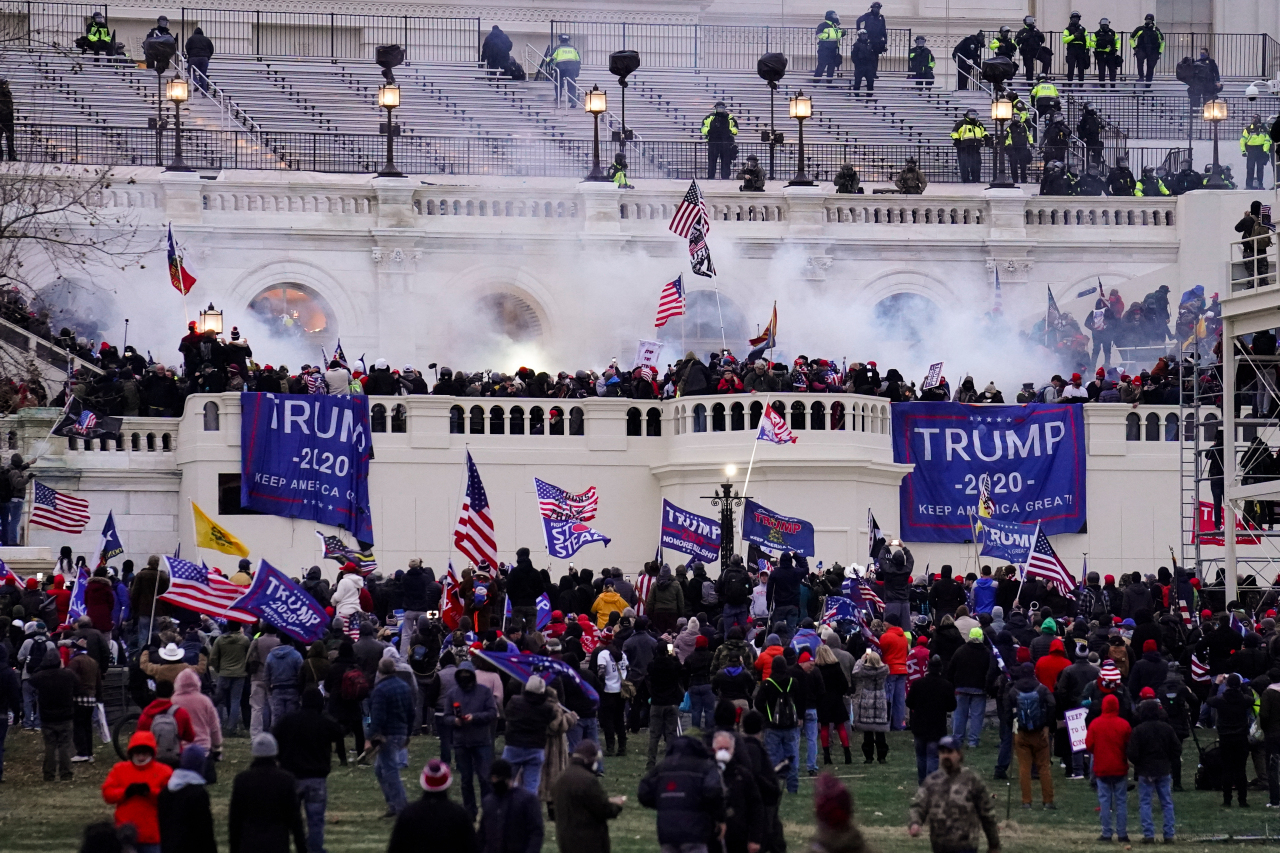 ALBANY, N.Y. (AP) — An upstate New York man who boasted in a Facebook video that he was in the “Capitol building smoking with all my people!” and a Long Island man who told a friend on Instagram “I’d storm the Capitol for you any day” were arrested Wednesday in connection with the insurrection earlier this month, federal authorities said.

James Bonet of Glens Falls and Christopher Ortiz of Huntington were charged with knowingly entering or remaining in a restricted building without lawful authority and disorderly conduct on Capitol grounds, according to court papers. Bonet turned himself into the FBI and Ortiz was arrested separately Wednesday morning, authorities said. At least 200 people have been charged in connection with the unrest in Washington, the capstone of former President Donald Trump’s baseless attempts to overturn the election results.

A lawyer who helped arrange Ortiz’s surrender to authorities Wednesday said Ortiz hadn’t picked a lawyer to represent him in court and would likely be assigned one by the judge. Ortiz was expected to make an initial court appearance by teleconference Wednesday afternoon. Bonet was released after an appearance in an Albany courtroom, though a judge restricted his travel to New York’s northern federal court district during the teleconference. A call seeking comment was made to Bonet’s public defender.