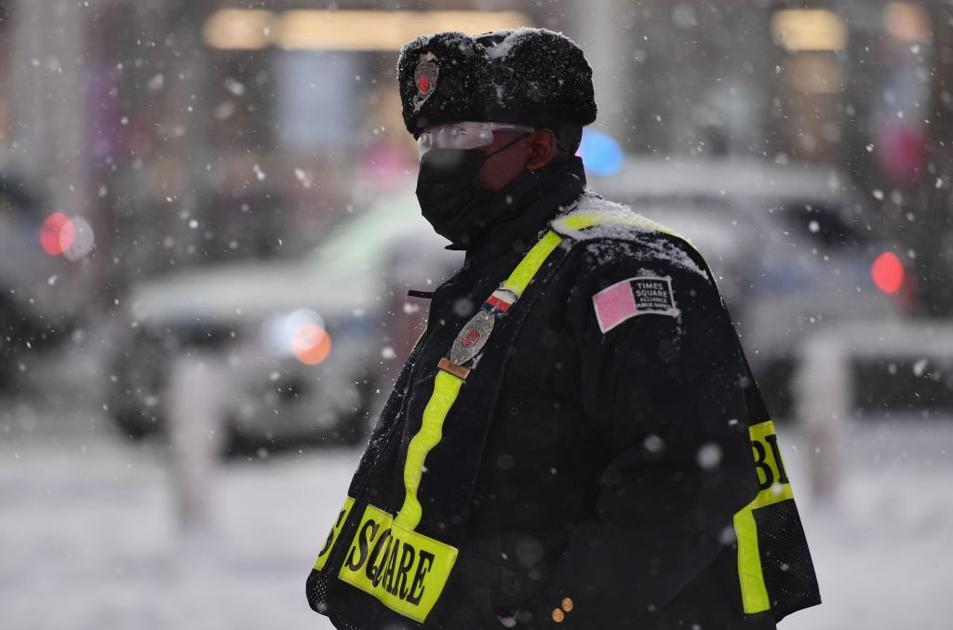 If you’re traveling to the Northeast over the next 48 hours, you may want to double-check your travel plans as a large blizzard will cause major travel problems in the area for the next few days.

More than 1,300 flights across the United States were preemptively canceled ahead of the nor’easter according to Flightaware.com. Major hubs such as LaGuardia, Newark and JFK are reporting 70% to 80% of Monday’s scheduled flights as canceled.

Snow is expected up and down the northeastern United States with New York City expecting up to two feet of snow during the blizzard. On a five-tiered scale from the National Weather Service, New York City could see a level five or extreme impacts. In advance of the storm, New Jersey’s governor, Phil Murphy, declared a state of emergency, closing all six Covid-19 vaccine mega-sites, state offices and New Jersey transit. The storm threat prompted similar closures to vaccine sites in New York City.

If the storm forecast of 21 inches of snow in New York City holds true, it will be the most snow the area has experienced since January 2016. Washington, DC is also expecting 5-7 inches while Philadelphia is forecast to get upwards of a foot during the storm. Finally, Boston expects 12 to 18 inches of snow by the time the nor’easter finishes.

Nearly 75 million across a dozen states are under some kind of winter watch or warning from the storm which started in the Midwest Saturday. While there, the storm dropped more than foot of snow in Milwaukee. Metro Chicago, with 10.5 inches, saw the most snow since 2018. Official snow totals from the National Weather Service ranged from 1 inch to 13 inches so far in the Midwest.