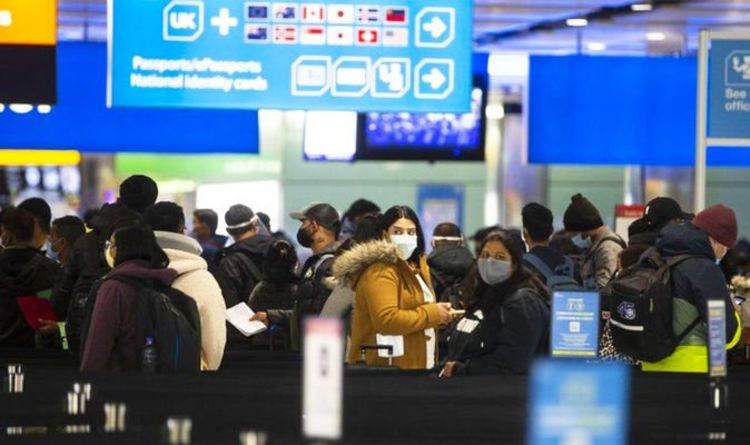 The airport has decided to separate red list arrivals in order to avoid the spread of Covid variants in queues. Now travellers arriving from green or amber destinations won’t have to queue with people coming from high risk countries.

This past week, and since the international travel was lifted on May 17, there was a lot of criticism of the airports.

Images of packed halls and passengers coming from different destinations queueing together were shared on social media.

From June 1, Heathrow is launching a new terminal to avoid the spread of Covid variants.

Britain’s biggest airport is actually reopening its Terminal 3, which has been closed for the past year.

Now, those travelling from red list countries will then transit through the new terminal.

They will then go to a hotel where they will quarantine for 10 days.

Heathrow decided to do this as the volume of passengers is expected to increase in the next weeks.

The airport said that opening a dedicated terminal for red list arrivals is “logistically very challenging.”

Heathrow said in a statement: “Our hope is that it will enable Border Force to carry out its duties more efficiently as passenger volumes increase in line with the green list.

“Red list routes will likely be a feature of UK travel for the foreseeable future as countries vaccinate their populations at different rates.

The airport explained: “Opening this facility will be logistically very challenging, but our hope is that it will enable Border Force to carry out its duties more efficiently as passenger volumes increase in line with the green list.”

They also announced that the new arrangement is likely to be in place for some time.

However, Heathrow said that the arrival terminal for those landing from the red list countries will eventually be moved to Terminal 4.

Under the current traffic light system, only UK citizens are allowed to return from red list countries.

Holidays are permitted in green list countries without quarantine required upon return.

The Government advised not to travel to amber destinations for leisure, although airports have seen thousands flying to those countries for holiday this past week.

When coming back from an amber country, a 10 day quarantine is required.

“We will keep the green list under review… and will add countries where possible.”

The next traffic light system review will be on June 5, when countries like Spain, Greece or Italy are expected to be added to the green list.