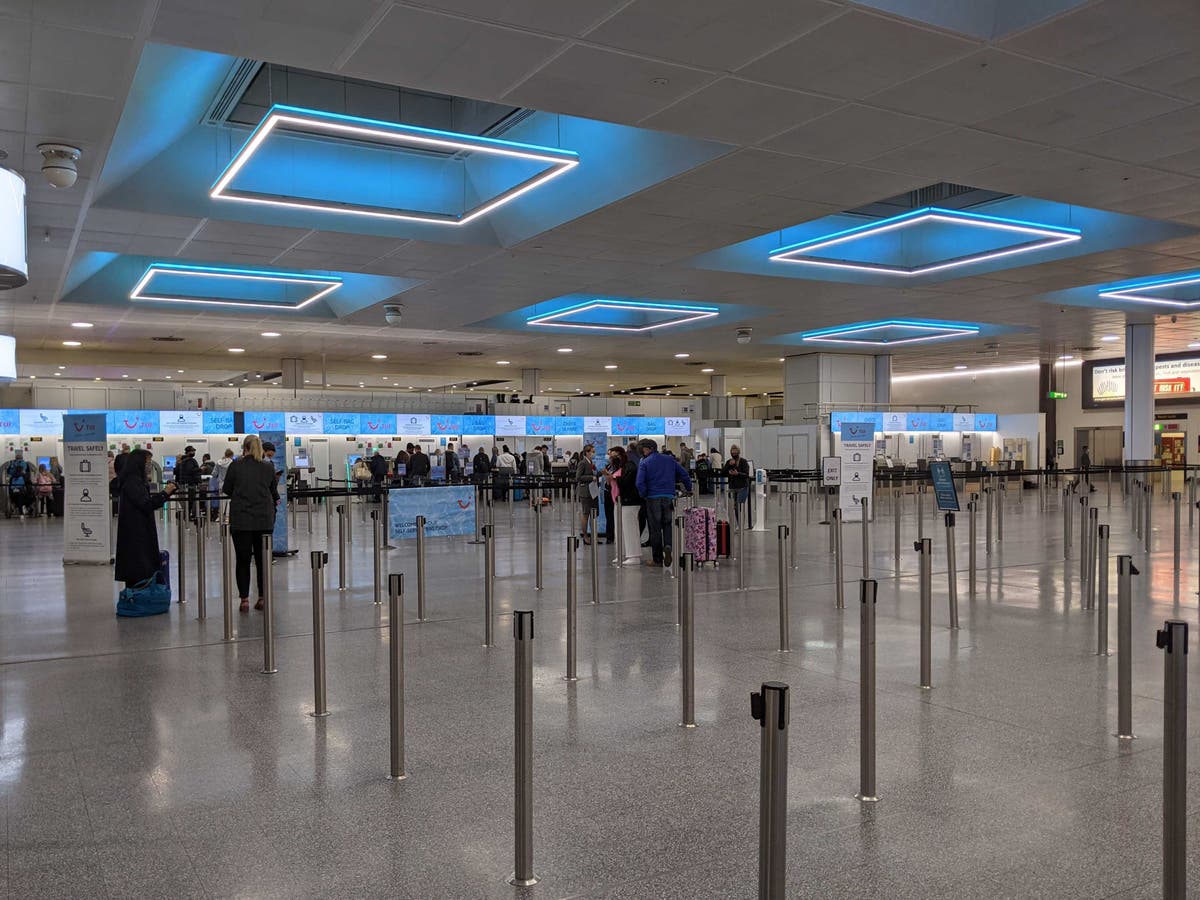 Holidaymakers prepare to jet off as Covid travel rules ease

From today, 17 May, international leisure travel is finally legal again in England. Jetting off on a foreign holiday is now possible under a traffic light system, with countries classified as green, amber or red and prescribed restrictions to match based on the risk of arrivals importing new coronavirus infections.

Although holidays are no longer prohibited, there are still myriad hoops travellers must jump through, including pre-departure and post-arrival coronavirus tests taken within a certain timeframe. The government is currently advising that Brits should not be visiting amber or red countries for recreational purposes.

The Independent’s travel team is engaged in a race to the sun to celebrate the easing of restrictions: our correspondent Simon Calder is winging his way to Faro, Portugal, while travel editor Cathy Adams is heading for Madeira (two of the few viable “green list” destinations). Deputy editor Helen Coffey, meanwhile, is celebrating the reopening of the UK tourism industry by decamping to a new hotel for the day.

Coming into land at Funchal, Madeira. One of Europe’s most breathtaking landings… The runway is a single strip built into the mountainside, so you fly past it before turning over the sea and bouncing down (in our case).

I touched down in Funchal at around 10.26am. The one bonus of Brexit is that I’ve just got a passport stamp for Madeira. Bog standard European one, but still – not to be sniffed at.

British Airways and Heathrow airport bosses are demanding the government ease travel restrictions further by adding European countries and the US to its “green list”.

England lifted its ban on international travel on Monday but only 12 countries are deemed safe for quarantine-free travel so far.

“It’s clear to us that America should be on the green list,” said BA chief executive Sean Doyle. Heathrow boss John Holland-Kaye said France, Greece and Spain should also be added.

Ministers have said people should not go on holiday to those countries which are not on the green list.

Boris Johnson said on Friday: “I don’t expect that we’ll be adding to [the list] very rapidly and indeed we will be maintaining a very, very tough border regime for the foreseeable future.”

Around 5,000 holidaymakers are expected to make the journey from the UK to the Iberian peninsula and the Portuguese islands of Madeira and Porto Santo today.

The first departure of a holiday flight since January, from Manchester to Funchal in Madeira with Tui, left on scheduled at exactly 6am. Another Tui flight, from Gatwick to Porto Santo, pushed back two minutes later.

But because of the long flight time to Madeira they will not be the first aircraft to arrive in Portugal: a Ryanair flight from Manchester to Faro is due to touch down at 9.05am. It will be followed half-an-hour later by another Ryanair jet from Stansted – which is the main departure point for Portuguese departures on Monday, with seven.

Masks are still very much mandatory on flights, reports one journalist…

Tui 737 “wingtips”, aka 737 Max, which was grounded for almost two years. (My first flight out of the UK in five months and first one in even longer on a Max.) Not a 787 dreamliner, even though Tui has said it will deploy the wide body aircraft to Portugal as there is so much demand.

Pilot says: “We’re so happy to have you onboard! It’s been a long journey back to operations.

“We’ve been trained throughout the period of no flying, and we were in the simulator last week to train for landing in Madeira.”

Announcing losses of €815m (£702m) for the full year to March 2021, Ryanair said: “The Covid-19 crisis precipitated the collapse of a number of EU airlines including Flybe, Norwegian, Germanwings and Level and substantial capacity cuts at many others. It sparked a tsunami of State Aid from EU Govts. to their insolvent flag carriers including Alitalia, AirFrance/KLM, LOT, Lufthansa, SAS, TAP and others, which will distort EU competition and prop up high cost, inefficient, flag carriers for many years.”

Here’s what I had to do to fly to Madeira this morning: take a PCR test on Friday (an at-home version, from Tui’s testing partner Chromatics). The result arrived in my inbox on Saturday morning. I then had to register for the “Madeira Safe” website, which covers the islands of Madeira and Porto Santo. The negative test is uploaded straight to the website, which generates a QR code. Both the test result and the QR code have to be presented at check in.

Johan Lundgren, chief executive of easyJet, said he and the airline’s staff were “super excited” about resuming normal business, albeit at a small scale.

“There should be many more European countries on the green list,” he told me at Gatwick airport.

“We would like to see the government take the same approach to international travel as they do to UK hospitality.”

Mr Lundgren said the airline’s decision to fly to amber destinations was consistent with the rules on international travel.

On the way to Portugal. I paid £25 for a seat on Ryanair flight FR7014 from Stansted to Faro, and a further £99 for a Covid test for Portugal.

Several passengers at Stansted have been turned away because they do not have the negative PCR test result required by the Portuguese authorities.

Gatwick, almost 4am. Still very quiet, although a surprising number of people checking in early at Tui’s desk for flights to Mahon in Spain, Porto Santo and Madeira (both Portuguese islands) and some Greek islands. Excitement level is low because… It’s still dark outside!

All flights departing from north Terminal.