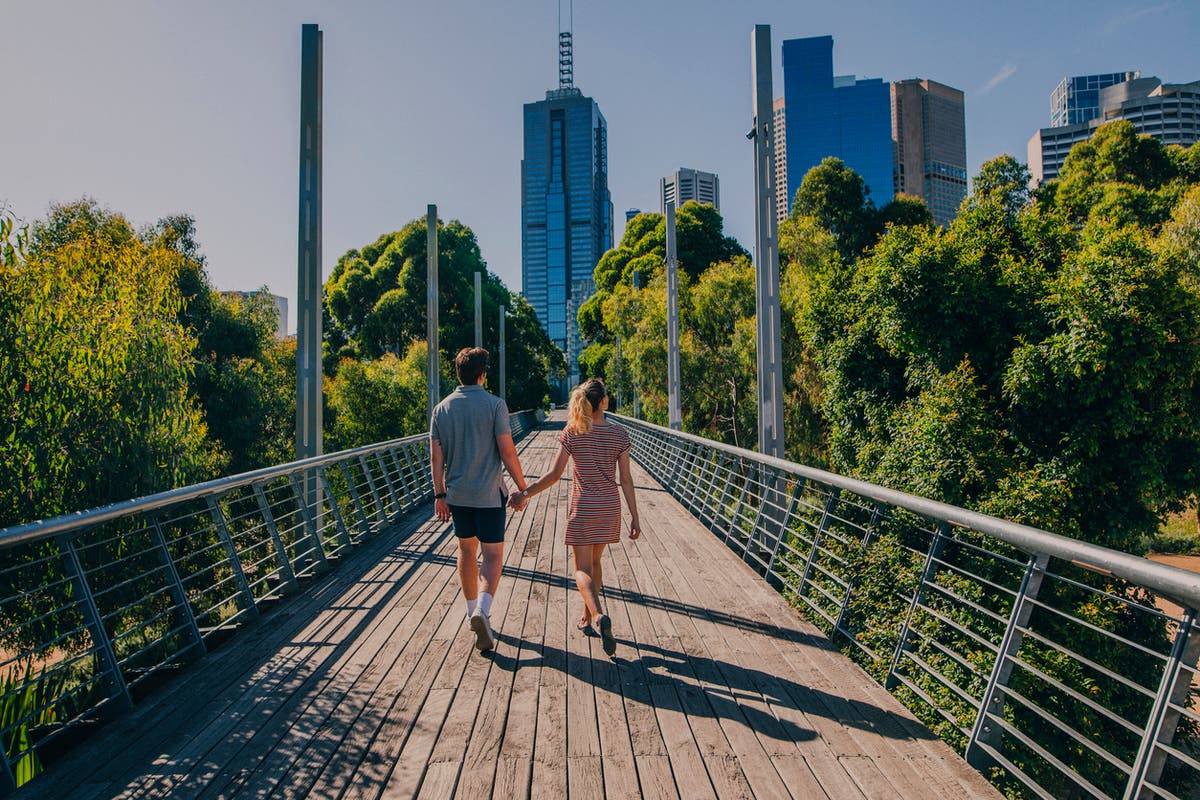 Lateral flow tests, also known as antigen tests, have become available to pre-order ahead of the switch from PCR tests for vaccinated travellers, permitted from Sunday.

The change was announced by the UK government on 14 October, and planned to happen in time for families returning from half-term holidays in the next two weeks.

The government website lists suppliers with prices starting as low as £1. But research by The Independent shows the cheapest tests are accompanied by onerous terms and conditions. In all cases when clicking through, travellers are presented initially with much more expensive options.

In other news, Australia has confirmed several steps towards its reopening to international travel – most significantly, the state of Victoria has announced that it will scrap quarantine for vaccinated international arrivals from 1 November.

The country is planning to open only to Singapore in a “travel bubble” arrangement initially, then to further countries in Asia and Australasia before Christmas.

At this stage of October, the travel correspondent of The Independent is usually to be found in his private compartment travelling east over the central section of the Trans-Siberian railway in eastern Russia, en route to Ulan Bator ahead of the nationwide celebrations on 25 October of Mongolian Republic Day.

This year he has instead chosen to venture no further east than Ulan-Ude – where the Trans-Siberian and Trans-Mongolian lines diverge – and this afternoon found time to respond to readers’ urgent travel questions for an hour.

Whether you have concerns about proof of vaccination, the likelihood of more travel bans or individual destination rules, Simon Calder is likely to have the answers.

Australia has announced further steps towards reopening to international travel.

The state of Victoria – home to the city of Melbourne and the Yarra Valley wine region – announced today that it will scrap quarantine for fully vaccinated arrivals from 1 November.

The Australian prime minister Scott Morrison also announced that the country is planning a “travel bubble” air corridor with vaccinated Singaporeans, with plans coming into effect as soon as next week.

Mr Morrison said that the Australian government was in the “final stages of concluding an arrangement with the Singapore government” ahead of the plans.

“We anticipate that being able to be achieved within the next week or so, as we would open up to more visa class holders coming out of Singapore, we will see that occur,” he added.

It’s opening up – but is the world ready for us?

As some of the UK’s great travel firms have told me during the Covid crisis, it is tougher to take apart a holiday than to put one together. In particular, companies offering multinational itineraries face multiple problems.

“The world isn’t ready for us yet,” says Charlie Hopkinson of Dragoman – an overland adventure firm with an excellent reputation. Attempting to take a truckload of people from a dozen nations, each with a different vaccination status, across a series of international frontiers is fraught with hazard.

He has shrewdly decided to put the firm into temporary hibernation. In the coming months Charlie’s team will set about rescuing the overland trucks scattered far and wide across South America, Africa and Asia. As international barriers started to clatter shut, these specialist vehicles had to be abandoned while tour leaders hurried their passengers to the nearest airport.

Mercifully, the nightmares of train travel with a bike are in the past on the Glasgow-Oban line, thanks to the green shoots of Britain’s first dedicated cycle carriages; a new sustainable artery into Argyll’s mountain and ocean-sparkled network of cycling trails.

Real thought – and design (the striking exterior is the work of Scottish artist Peter McDermott) – has gone into the ‘Highland Explorer’ carriages, with a wide passageway either side of racks holding up to 20 cycles. There are 24 seats too – for a small supplement you get a trail map table, snack box and hot drink, though you avoid the supplement sitting elsewhere.

How does the new lateral flow tests system work?

From Sunday, vaccinated travellers into the UK (and some unvaccinated under 18s) can book a cheaper lateral flow or antigen test around travel, rather than the more costly PCRs.

Privately manufactured lateral flow test kits are now available to book, with the UK government publishing an approved list on the UK.gov website.

In terms of travel out of the UK, several countries also allow an antigen test result as part of their entry requirements, so the newly-vetted private lateral flow tests could also be used for this function.

However, this varies from destination to destination, so please check individual travel advice for each trip to ensure an antigen test is appropriate.

But how does the new travel testing system work, and what does this mean for unvaccinated passengers?

Here’s everything we know:

Concerned about what Morocco’s ban on the UK means for other holiday destinations? Want a steer on what may chance in next week’s travel update?

The Independent’s travel expert Simon Calder will be on hand to answer your travel questions at 1pm today.

Whether it’s advice on trips booked or in the works for this autumn and winter, long-range predictions for the travel industry or something entirely different, Simon will do his best to answer as many of you queries as he can between 1 and 2pm.

Submit your questions in the comments section of this article:

Antigen tests from as little as £1 – but what’s the catch?

Travellers returning to England from abroad are now able to book cheaper lateral flow tests rather than PCRs. For fully vaccinated international arrivals from Sunday 24 October, the cost of the so-called “day two” test for travellers is set to fall.

Announcing the change, the transport secretary, Grant Shapps, said: “Taking away expensive mandatory PCR testing will boost the travel industry and is a major step forward in normalising international travel and encouraging people to book holidays with confidence.”

The government website lists suppliers with prices starting as low as £1. But research by The Independent shows the cheapest tests are accompanied by onerous terms and conditions. In all cases when clicking through, travellers are presented initially with much more expensive options.

Good morning and welcome to The Independent’s liveblog, where we’ll be sharing all the latest updates.