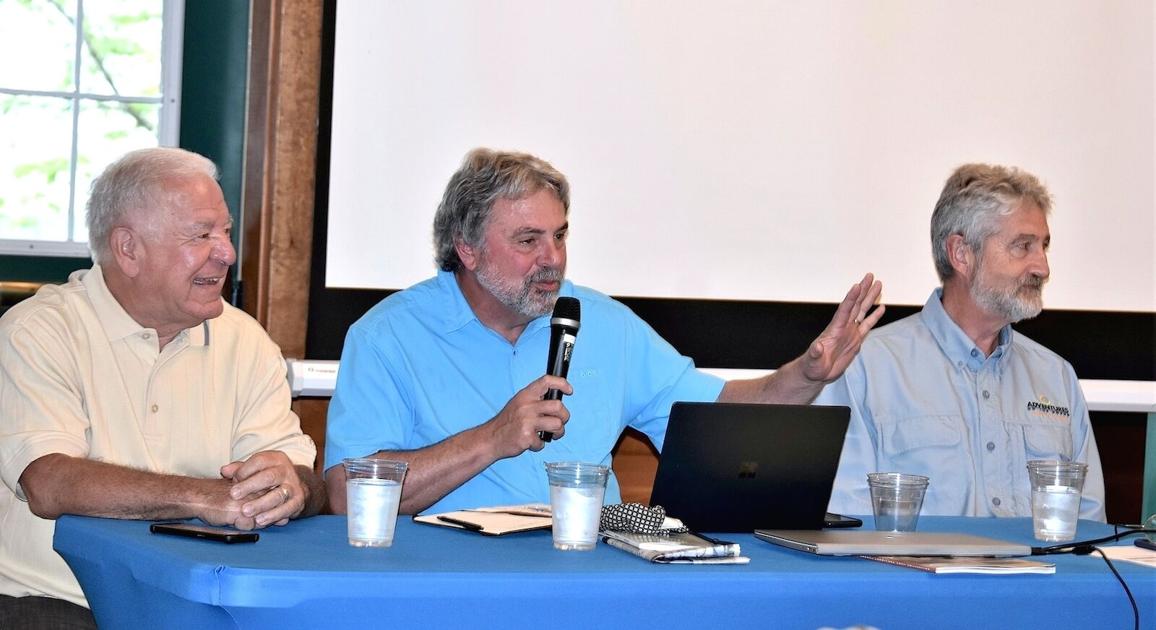 Forty-one members of the Freelance Council of the Society of American Travel Writers explored — and wrote about — West Virginia this week.

The Greenbrier County CVB, Visit Southern West Virginia and Explore Summers County partnered with Adventures on the Gorge to serve as primary sponsors of this week’s SATW meetings, according to Mona Mesereau, of Mesereau Travel Public Relations. This week’s theme was “Southern West Virginia: Reinventing a Destination.”

SATW members arrived throughout the day on Sunday. They were involved in a welcome event at The Greenbrier that night and spent the night in Lewisburg. Monday’s activities included a board meeting at the Lookout Post at Adventures on the Gorge in Lansing, as well as a panel discussion entitled “New River Gorge — from National River to National Park.” Panelists included Roger Wilson, CEO of Adventures on the Gorge; Nick Rahall, the former U.S. representative from West Virginia who helped lead the charge to establish the New River Gorge as a National River more than 40 years ago; and Dave Arnold, one of the co-founders of Adventures On The Gorge and an AOTG board of directors member.

SATW is the premier association of travel journalists in North America, with members including writers for top print and online outlets, as well as broadcasters, photographers, bloggers and influencers. Members of the Freelance Council of the SATW spent this week learning about the country’s newest national park — New River Gorge National Park and Preserve — and experienced some of the region’s other top attractions.

While some members have visited West Virginia before, many made their first visit to the state. “I’m so excited to be able to share this area, particularly with people who haven’t ever been here before,” said Christine Loomis, chair of the Freelance Council of SATW. “And I was real excited to come back and see how much it had changed. When I first came here (1990), Smokey’s was the only thing on this property, and we sat outside on logs to eat our meal.

“It’s changed a lot, and I think people are going to be really impressed.”

“These are obviously national, and in some cases, world-wide, communicators, so the more we can communicate to millions and millions of people that are interested in recreation and travel, the better off we are,” said Arnold. “This is, I believe, the first formal event SATW has ever done in West Virginia.

“Some of the writers, like Christine, have been with us. … All we have to show is who we are. These are very well-educated travelers.”

From her own standpoint as a writer, Loomis said what she (or others) write about this week will depend on their situation. “Typically I send out pitches to some of the outlets that I write for. For example, I got two assignments for this meeting, both primarily focused on (AOTG).” One will be a personal report of all the activities she does, at the same time exploring the lodging situation and other factors. The other piece, for USA Today, will be lodging-related.

There was some fun sprinkled in with work this week. Tuesday events for the delegation included a visit to the Exhibition Coal Mine and Tamarack: The Best of West Virginia, followed by small group tours.

Members of the group will depart Southern West Virginia Thursday.

“Everybody that we have dealt with, the guides, the drivers, the tourism folks, have been knowledgeable, have been incredibly friendly, have shown us already (and we still have a few days to go) how incredible this area is,” Loomis said.

Wilson thanked the SATW members for making the jaunt to West Virginia this week. “We are immensely grateful to our tourism partners and the many attractions, restaurants and local experts that have pledged their time and support to make this meeting happen,” he said in an earlier press release.

The New River Gorge National Park and Preserve is “a permanent park,” Wilson said. “This is an active park.

“America gets to touch this park.”

Writers asked the panelists several questions following their remarks. That included a query on how much the new park designation will affect the operation of businesses such as AOTG, in terms of an expanded customer base and in other areas. Another questioner asked how visitation to the park will be calculated.

In response to questioning about river capacity, Arnold said the number of annual commercial rafting customers on the river has dipped from a peak of 225,000 in the mid-1990s to about 100,000 currently. “That’s one reason why we really pushed the park,” he said.

River capacity won’t be an issue, he and Wilson said, but issues could arise in areas such as trailheads.

Among pressing priorities would be improved public sewage and development of more trails, Wilson said.

Writers also asked about the availability of necessary funding as the new park moves forward.

“I was just so exhilarated and so emotional sometimes, thinking of the battles that we went through, and thinking where we are today,” said former U.S. Rep. Nick J. Rahall, who briefed SATW members on the history of legislation that helped create the New River Gorge National River in the late 1970s.

Of the new designation, he said, “I think it’s fantastic; it’s one of the most wonderful things that could happen to this part of West Virginia, this part of our state, this part of the country. To see our beauty and our special places recognized as they have been in this legislation is truly heart-warming.”

On the question whether funding will be available to help foster future growth, and whether the area’s infrastructure is poised to handle an expected influx of visitors, Rahall, who served in the House of Representatives from 1977 to 2015, said, “I am very confident that it’s going to be nothing but progress for this area in the future. I very very confident we’re ready to handle the next step. Again, I think we’re in a position to benefit from an infrastructure bill, for example, that’s going through the Congress, hopefully. Because it’s so much needed, not only for our state of West Virginia but for this country.”

West Virginia’s strategic location in the north-south corridor continues to be a big asset, Rahall said. As a convenient mid-way stopping point for many travelers, Rahall said visitors will “do more than just spend the night when they see what we have to offer here.”