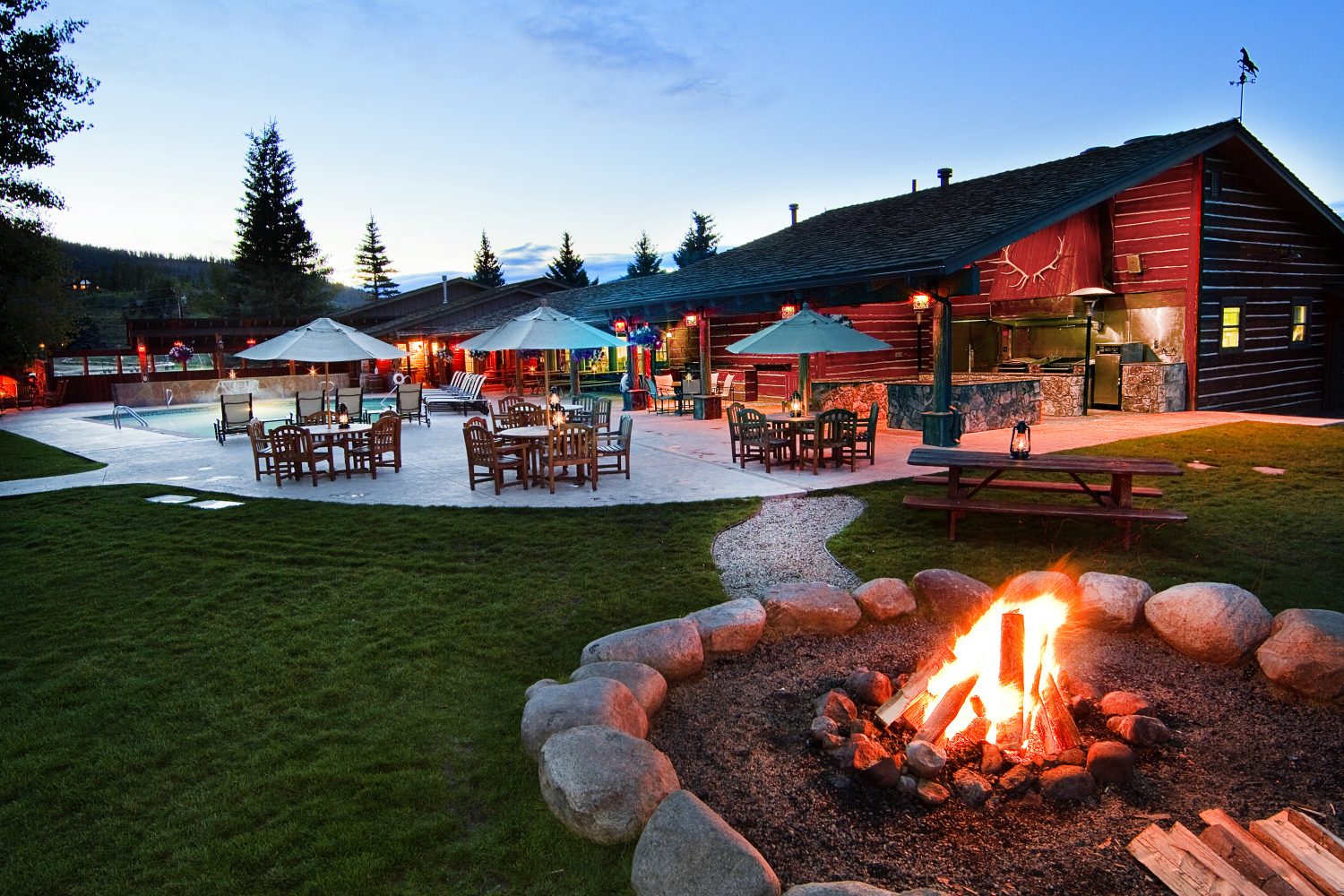 The coronavirus pandemic has disrupted just about every facet of our lives. Chief among them: our ability to travel, especially internationally.

Europe, in particular, does not want American visitors right now (and, honestly, we can’t blame them). This means that if you were planning to take one of Denver International Airport’s handy non-stop flights to destinations like London, Paris or Frankfurt, you’re out of luck for the foreseeable future.

There’s never been a better time to plan a Colorado road trip and check out some of the state’s destinations you’ve been meaning to visit, but just haven’t gotten around to yet. Before you hop in the car, however, be sure to check out your destination’s coronavirus rules, regulations and restrictions (and actually follow them!) so that we can all travel safely and responsibly.

Don’t get discouraged by your dashed European travel plans. Instead, set your sights on these Colorado vacation ideas that will make you feel like you’re traveling in Europe.

Take an extended tour of Europe’s mountain regions via your tastebuds with a visit to C Lazy U Ranch in Granby. Executive chef Cory Untch created the ranch’s fall menu with European travel (or, rather, the lack thereof) in mind, conducting extensive research about the foods that are popular in northern Italy, Austria, Switzerland, France and Germany.

And this isn’t your typical “dude ranch” cuisine, either; far from it. Untch is an accomplished chef who has trained in kitchens at The Little Nell in Aspen and at Ritz-Carlton hotels all over the country, among others.

“People can’t really travel right now,” said 37-year-old Untch, who began leading the ranch’s culinary program in January. “With everything that’s happening, we want to try to bring them that experience through food. Even if you’ve been there before, maybe we can make a dish that strikes a note with you, that brings you back to that time and place.”

Since all meals are included in your stay at the ranch, you don’t have to be bashful about asking for seconds, either. And if you’re the type of person who likes to earn your dinner, the ranch has plenty of activities to help you work up a sweat — horseback riding, hiking, mountain biking, fly fishing, tennis, archery, hatchet-throwing, a ropes course, swimming and volleyball, just to name a few.

White settlers flocked to Aspen in the early 1870s in search of valuable silver buried underground. And even after the silver market collapsed in the early 1890s, many Aspenites still saw value in this beautiful place. Among them: Walter and Elizabeth Paepcke.

In addition to helping Aspen become a world-renowned skiing destination, the Paepckes are responsible for much of Aspen’s cultural and artistic prowess. Case in point: In 1949, the Paepckes founded the Aspen Institute, a place where people could discuss big ideas, art, philosophy, human challenges and great writing.

They commissioned Austrian-born designer and architect Herbert Bayer to create the institute’s campus in the distinctive Bauhaus style, a very specific form of modernist German architecture and design from the 1920s and 1930s.

Today, a visit to the institute, which is also a hotel and resort, is like taking a trip back in time and a trip overseas. The style is so unique that you’ll feel like you’ve left Colorado and touched down in another country — no, seriously. There are bold primary colors everywhere, sculpted landscape mounds called earthworks and tons of Bauhaus-style sculptures and art pieces everywhere. It’s funky and awesome.

During your stay, you can take a self-guided art tour or call ahead to ask about reserving a socially distanced guided tour for your group.

After hiking extensively in England, France, the Netherlands and elsewhere, David and Phebe Novic fell in love with long-distance trekking. They realized they could link together several well-known trails in Rocky Mountain National Park to create a long, continuous route. Even better? They discovered interesting lodging options along the way. Thus, they created the Walter Tishma Way, named for the Bosnian-born man who volunteered at the national park and climbed Longs Peak more than 100 times.

You can book a self-guided inn-to-inn trip along the Walter Tishma Way through Footpaths of the World, the Novics’ hiking company (they also organize self-guided day trips, an inn-to-inn trip near Winter Park and a hiking excursion to France). The 42-mile trip starts in Estes Park and ends in Allenspark, with lodging along the way. You’ll hike 7 to 11 miles each day, though the total number of nights you spend on the trip varies based on the season and your preferences. Your luggage is transferred from inn to inn so all you really need to bring is a backpack.

The trip is self-guided, or you can hire a private guide for some or all of the days.

“It’s addicting,” said Phebe Novic. “It’s very fun to be tired, walking down the trail and looking for that lodge. And when you walk through the door, unload your pack and sit down, take off your boots and have a cold beer, there’s nothing better. Your luggage is there. A hot shower, dinner and a comfy bed await.”

You’ve probably been to Vail before — to ski or ride, to hike, to mountain bike. But have you ever stopped to really look at the architecture of this mountain town?

You see, it’s no accident that Vail looks like it was picked up straight from Bavaria and plopped down in Colorado. Pete Seibert, one of the ski resort’s co-founders, was a member of the famous 10th Mountain Division of soldiers who specialized in skiing and mountaineering during World War II.

Seibert and other soldiers (some 15,000 of them!) trained at Camp Hale, located between Vail and Leadville. Though not identical, the alpine topography was good practice for the Alps of northern Italy and Austria.

After the war ended, Seibert returned to Colorado to heal from injuries he suffered in battle. Later, inspired by Vail’s epic landscape, Seibert and his friend Earl Eaton decided to create a world-class ski resort here. But they wanted the similarities with the Alps to extend beyond the mountains, so they modeled the resort’s village after Bavarian architecture.

Just spending a few days here immersed in the architecture will help you pretend you’re actually on a vacation in Europe, we promise. But if that’s not enough, you can take it even further. There are a number of Vail restaurants, hotels and shops owned by Austrian and German families, such as Sonnenalp Vail, which was founded in 1979 by the Faessler family and modeled after its sister property in Ofterschwang, Germany.

Unfortunately, Vail’s Oktoberfest festivities are canceled this year, but you can still enjoy plenty of fall activities in Vail.

This one is practically a no-brainer, since Ouray is called the “Switzerland of America” for its location among the craggy peaks of the San Juan Mountains. Also like Switzerland (and other cold-weather European destinations), Ouray is home to some truly incredible ice climbing.

Even if you’ve never climbed before, you can still take advantage of the Ouray Ice Park, a free, public park with more than 100 ice and mixed climbs. There’s even a special kids’ wall. You can rent your ice climbing gear from many outfitters in town and even hire an experienced guide to show you the ropes (pun intended). Weather-dependent, the park is on track to open in mid-December this year.

The nonprofit park is funded completely by donations, so consider chipping in a few bucks or becoming an ice park member so that this Colorado gem can continue to exist and thrive into the future.

The similarities to Switzerland don’t stop with climbing, either. Afterward, soak your aching bones in the Ouray Hot Springs, which is reminiscent of the many Swiss outdoor thermal baths and spas.

Subscribe to our weekly newsletter, The Adventurist, to get outdoors news sent straight to your inbox.